Changes afoot at the German Federal Court of Justice

The 10th senate of the Federal Court of Justice is an instance in European patent law. But the court will now get a new senate. Sources suggest it will be for antitrust law and Peter Meier-Beck is considered a shoo-in as presiding judge. This would have consequences for European patent jurisdiction. 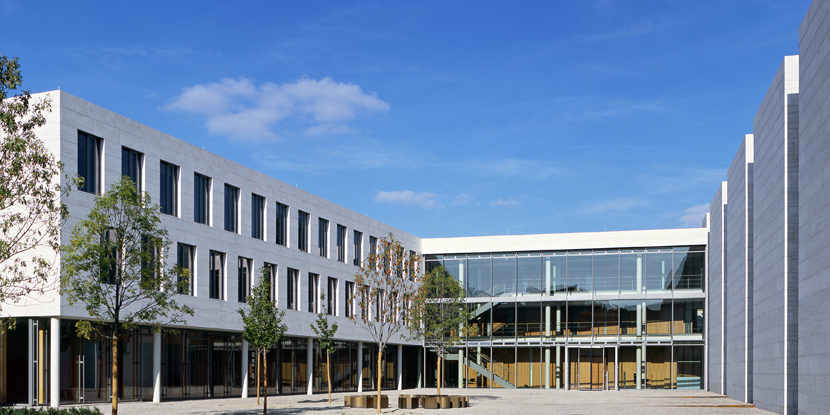 The patent senate of the German Federal Court of Justice has heard his first case by oniline chat – with success.

Professor Peter Meier-Beck is one of the best known patent judges worldwide. In his earlier roles as presiding judge at the Regional, and later at the Higher Regional Court in Düsseldorf, he made important judgments in German patent law. Even back then, Meier-Beck’s influence in the field was great.

Since September 2010 Meier-Beck has been a member of the 10th senate of Germany’s Federal Court of Justice, located in Karlsruhe. Now he is its presiding judge. The patent senate is not only the highest German instance for infringement cases; it also hears appeals against revocation judgments from the German Federal Patent Court. This means cases heard separately in the German bifurcation system all go through the patent senate on appeal. Presiding judge Meier-Beck is therefore an influential figure in patents.

The Rhineland native helped shape European FRAND law. His Orangebook decision was a major reason behind the FRAND dispute between Huawei and ZTE going all the way to the European Court of Justice in 2013.

After the CJEU’s ruling in the case, European FRAND law was never the same. Meier-Beck and the patent senate are said to be itching for a chance to interprete the CJEU judgment. So far the only case to go to Karlsruhe is Sisvel vs Haier. But before it can decide on the FRAND issues, the court needs to decide on revocation. And that is unlikely to happen before 2020.

At the moment it seems Meier-Beck might never get the opportunity to correct his FRAND case law.

The German government has decided that the Federal Court of Justice is to receive another civil senate. Sources close to the court suggest the new senate will be responsible for antitrust law. There is further speculation in patent circles that its new presiding judge is to be Peter Meier-Beck.

Up to now, antitrust-related cases are handled by a senate assembled on a case-by-case basis. The senate is composed of eight members from other senates, including three judges from the patent senate. Among them is Meier-Beck, who also acts as the senate’s deputy presiding judge.

However, because more and more antitrust cases, and especially antitrust damages cases, are making their way to the Federal Court of Justice, it is said the government intends to establish a permanent antitrust senate. A lawyer at the court says he feels he is dealing with more antitrust cases than patent.

The only thing that is clear so far, however, is that a further civil senate will be established. In addition, 18 new judges were elected to the Federal Court of Justice.

The Federal Court of Justice declined JUVE Patent’s request for confirmation as to whether the new senate would be responsible for antitrust law. In a statement the court says, “The executive committee has not yet made a decision on the allocation of responsibilities once the new civil senate is established.”

No date has been set for the senate to begin its work. It remains unclear which judges will sit on the senate, and who will be appointed presiding judge.

Nevertheless, sources at the Karlsruhe court indicate that the plans are probably more than just rumours. In all likelihood, one of the judges on the patent senate will soon have to move to an antitrust senate.

“Judge Rombach from Mannheim has had the career of the year”

Furthermore, Patricia Rombach was recently elected to the court. She is an expert in both patent and antitrust law.

Rombach, the 47-year-old judge from Mannheim, has had the career of the year. In 2017, Rombach was a judge at the patent senate of the Higher Regional Court Karlsruhe. She then became presiding judge of the 7th patent chamber and then, in September, of the new 14th antitrust chamber at the Regional Court Mannheim.

According to a press spokesman, it is not yet decided when Rombach will move to the Federal Court of Justice.

In Mannheim and Düsseldorf patent circles, Rombach’s appointment to the Federal Court of Justice is seen as a clear indication that something is happening at the court. There are no vacancies at the patent senate, unless one of the other judges moves to the new antitrust senate – or Rombach is assigned to it.

But nothing has been decided, according to an official statement from the court. What is clear is that Rombach, equally experienced in patent infringement and antitrust damages claims, is a candidate for both senates.

It is also clear that if the new senate comes and Peter Meier-Beck becomes presiding judge, numerous questions will need to be answered. Firstly, who from the patent senate will go with him? An obvious choice would be the two other members of the patent senate currently involved in antitrust cases, Klaus Bacher and Hermann Deichfuß.

Secondly, who would be Meier-Beck’s successor at the patent senate? Klaus Grabinski, probably internationally the best-known German judge at the patent senate besides Meier-Beck, is out of the question. He put himself forward for the Unified Patent Court years ago and is considered a potential candidate for president of the UPC’s Court of Appeal.

In any case, the question of Meier-Beck’s successor must be settled soon, with or without a new antitrust senate. He will retire in autumn 2021 at the latest. Klaus Bacher has long been touted as the hottest candidate by patent lawyers in Düsseldorf, Munich and Mannheim.

Again, the Federal Court of Justice has not provided any confirmation. If the predictions from lawyers and patent attorneys prove true, then Deichfuß is likely to be a candidate for the new antitrust senate.

Even more pressing than staffing issues, however, is which of the two senates will deal with FRAND issues in the future. Experts are certain that, above all, the urgent antitrust issues in SEP cases will go to the Federal Court of Justice.

Patent litigators prefer the familiar format. They would prefer such cases be dealt with by panels consisting of as many experienced patent judges as possible. It is likely litigators would be satisfied with an antitrust senate made up of Meier-Beck, Deichfuß and Rombach.

There is no question that Meier-Beck masters both areas of law, and the next FRAND case is already knocking on the door of the Federal Court of Justice. In the dispute between Unwired Planet and Huawei, the Higher Regional Court Düsseldorf declared that the increase in licence fees after the transfer of a patent portfolio from Ericsson to the NPE did not comply with FRAND rules.

The judges have allowed an appeal. If one of the parties does decide to lodge an appeal, Meier-Beck will have the opportunity to comment on FRAND. But will it be as presiding judge of the patent or antitrust senate?