The EPO's member states have voted to secure incumbent president António Campinos another term. Many hoped his first five-year mandate would calm the waters at the organisation, with some citing developments such as digitalisation proof of his success. However, other staff members met the news of his re-election with calls to protest. 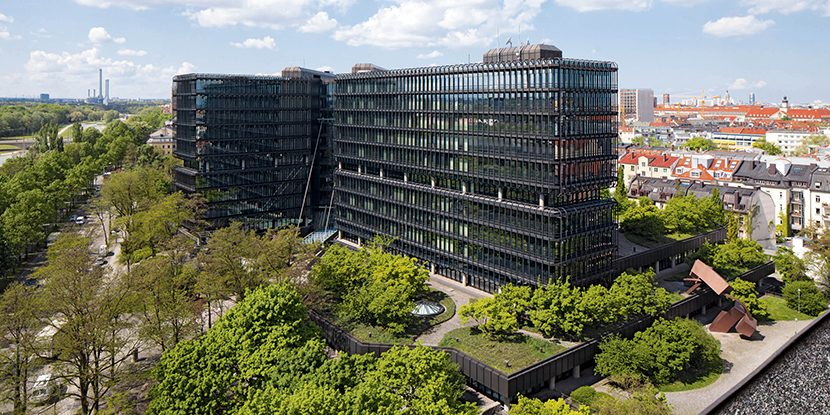 Incumbent EPO president António Campinos has achieved enough votes for a second five-year term in office. However, the announcement was met with calls to protest among members of SUEPO, the EPO staff union ©EPO

The European Patent Office has granted António Campinos a further five years as its president, following a vote among the contracting member states. The successful bid was voted on as part of the EPO’s Administrative Council meeting in Munich on 29 June.

Election to the post requires a majority of three quarters from the represented states, with voting under the EPC Article 11(1) in conjunction with Article 35(2). According to an EPO spokesperson, the vote was unanimous. No other candidates put themselves forward.

As a result, Campinos’ second term will officially begin on 1 July 2023.

A Portuguese national, the EPO appointed António Campinos as president on 1 July 2018. He succeeded the highly-controversial Frenchman Benoît Battistelli, whose tenure involved a string of confrontations with EPO staff. Furthermore, the preceding five year also saw a long-standing discussion regarding the independence of the Boards of Appeal. The debate was especially fierce around the boards’ administrative function of reviewing the EPO’s decisions.

As such, when Campinos took office in 2018, his primary aims were to restore peace and lead the EPO into calmer waters.

In a statement, the EPO member states praised Campinos’ first term. They cite the launch of his Strategic Plan 2023, as well as its implementation of remote-working schemes throughout the coronavirus pandemic.

He also helped oversee a sweeping digital transformation, with staff switching to large-scale teleworking back in March 2020.

However, many EPO users have spoken to JUVE Patent regarding Campinos’ continuation with the efficiency strategy initiated under his predecessor. Many patent attorneys and in-house attorneys report that formal questions are increasingly in the foreground when it comes to the granting of patents and the subsequent opposition and appeal proceedings, such as the question of inadmissible extension. External sources claim that discussions of inventive step are increasingly fading into the background.

Many users see the changes as leading to a decline in the quality of granted European patents. On the other hand, the EPO points to surveys confirming user satisfaction. The office also emphasises that it considers the issue of quality to be of great importance.

Commenting on his successful appointment, Campinos says he is “looking forward to working with all colleagues and stakeholders, who have been so instrumental in our achievements to date.”

However, reports from the Kluwer Patent Blog suggest confrontations with staff at the beginning of 2022, as well as a hostile atmosphere under his watch. On 3 May 2022, Kluwer Patent Blog reported that members in an earlier meeting described Campinos as ‘extremely hostile’.

The Central Staff Committee then sent a letter to staff members regarding the event, describing an ‘abysmal’ atmosphere at a General Consultative Committee meeting on 26 April. Such allegations may have marred Campinos’ first term.

At the same time as Campinos’ re-election on 29 June, the Staff Union of the European Patent Office (SUEPO) called on its members to demonstrate in front of the EPO building in Munich. Union sources confirmed to JUVE Patent that an estimated 300 members of staff were in attendance on the day.

An announcement from SUEPO reads, “Back in 2018, Mr Campinos was mandated by the Administrative Council to restore social dialogue at the EPO. Staff hoped the new president elect would put an end to the breaches of fundamental rights.

“[the demonstration will] show the Administrative Council and the rest of the world that there can be no peace at the Office with a President who protects and pursues the Battistelli attacks on staff rights.”

Battistelli’s final term in office was accompanied by numerous demonstrations by SUEPO and extensive disputes between employees and management. Battistelli even issued a house ban to some EPO employees. During Campino’s initial years in office, the situation noticeably calmed down. However, at the turn of the year reports of a confrontation with parts of the EPO workforce began to accumulate.

For Campinos’ second term, the European patent system is at a turning point. The Unified Patent Court is expected to open its doors in the first quarter of 2023. The new court will also bring into force the unitary patent, which the EPO has the power to grant.

JUVE Patent reached out to the EPO for further information on Campinos’ plans for his second term. A spokesperson says that plans for Campinos’ second mandate will be announced publicly in due course.

JUVE Patent updated this article on 05.07.2022 following the communication of further details on the voting process by the EPO.