The UPC Administrative Committee has announced the total list of its 85 judges, including 34 legally qualified and 51 technically qualified individuals. In doing so, the committee has clarified one of the most important questions in the preparation for the new court. Klaus Grabinski will lead as president of the Court of Appeal, while Florence Butin takes on the role of president of the Court of First Instance. 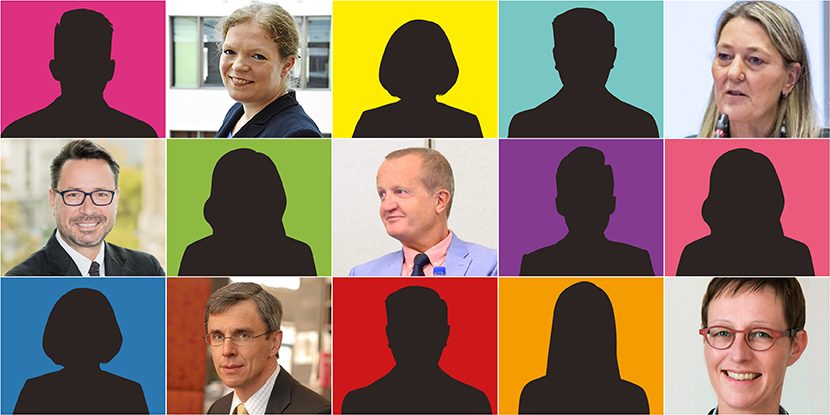 After months of speculations, the UPC Administrative Committee has finally announced its list of legally and technically qualified judges ©JUVE Verlag

Patent experts in every jurisdiction have eagerly awaited the Administrative Committee’s publication of the final Unified Patent Court judges list. Experts from law firms and companies want to see as many individuals with experience in patent litigation as possible presiding over UPC cases. After all, it is expected that the judges will manage the proceedings competently while delivering strong judgments.

Now the UPC Administrative Committee has announced the names of 34 legal and 51 technical judges, the majority of whom are very familiar with patent litigation.

Among the names are such well-known patent greats as Ulrike Voss, Klaus Grabinski and Matthias Zigann from Germany, Rian Kalden and Edger Brinkman from the Netherlands, and Florence Butin and and Mélanie Bessaud from France. In addition, many others on the list already preside over patent cases at specialised patent courts in UPC member states. Some also work for the Boards of Appeal at the European Patent Office.

According to the announcement, the Presidium will take up its duties in advance of the start of operations of the court.

Plus one post to be filled before start of UPC operations

Plus one post to be filled before start of UPC operations

Post to be filled before start of UPC operations

According to the Administrative Committee’s current plan, the UPC will start its work at the end of the first quarter of 2023. At that time, those appointed will deliver justice at the local and regional chambers in the member states. Some will also preside over the central court in Paris and Munich, respectively.

While five judges will staff the Court of Appeal in Luxembourg, only a few will be employed full-time. The majority of UPC judges will work part-time, equal to around 50% or 20% of their work time. (Co-author: Amy Sandys)