Pool party: the future of SEPs in Europe

Litigation over SEPs is keeping European patent courts busy. And this is only set to increase with the 5G mobile standard and the Internet of Things. Although rapid solutions at EU level are nowhere in sight, however, in the future patent pools could form part of the answer. 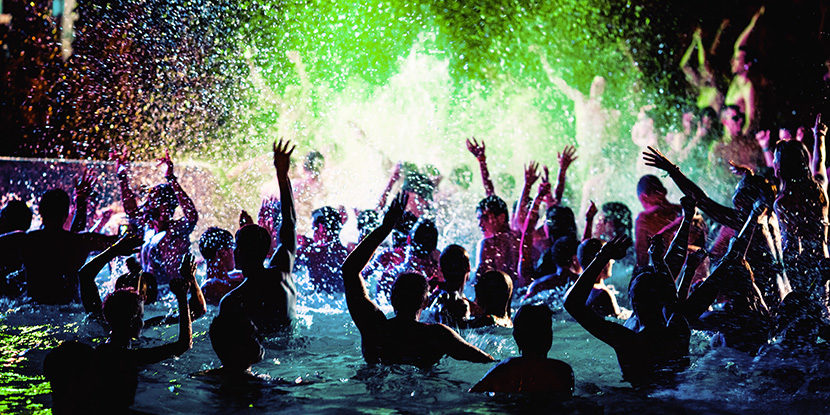 Patent holders and licensees only get into party mood if both get to benefit from the pool. ©Adobe Stock

“At the moment, legislation at EU level is not a priority,” says Luke McDonagh, senior lecturer at City, University of London Law School, and co-author of an analysis presented last week at a hearing on SEPs before the European Parliament. Even outside of legislation, much can be done to improve the situation, McDonagh adds. At the hearing, the general consensus was that improvement is much needed.

Following the recent CJEU ruling on FRAND, plaintiffs know what steps must be taken before filing for an injunction. However, much litigation around what FRAND is remains, especially as there are no clear rules as to how licence fees should be calculated. It is up to the national courts to decide – which is why they are constantly confronted with new licence disputes.

“The problem is bigger than
just some isolated cases”

Some go as far as to call the disputes the standard patents war. “The problem is bigger than just some isolated cases,” insists Rudi Bekkers, Chair of Standardisation and Intellectual Property at Eindhoven University of Technology, and one of the experts at the hearing.

The matter becomes even more pressing with upcoming 5G technology and the spread of the Internet of Things. The latter moves the issue of SEPs to industries beyond mobile communication, which is so far the main focus of attention regarding SEP litigation. McDonagh says, “Phone and internet companies are used to dealing with questions that come with SEPs.” 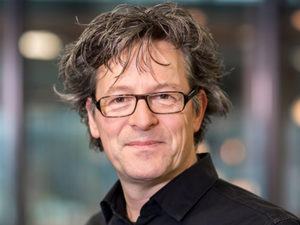 But with the development of smart homes, other stakeholders include manufacturers of household goods such as washing machines or refrigerators. They will be confronted with the same problems. Often small and midsized enterprises that would struggle to survive the costly court disputes currently seen in SEP litigation, their involvement brings new questions to the fore.

Bekkers lists some. “Should a fair and reasonable licencing fee refer to a full product with all its functionalities? Or do we only look at the smallest unit that implements the standard technology, like a computer chip? That is quite a relevant question when determining licence fees in percentage. And who is allowed a licence? The manufacturer of the product or the computer chip producer?”

These, and more, call for a “predictable legal framework” according to Bekkers. But this comes with its own set of issues to be considered. “If we have regulation at EU level then this will extend to all technologies – but only in Europe. If the standard setting organisations (SSO) set the rules, then these will apply only to one technology, but are valid in the whole world,” Bekkers says.

To limit the amout of future SEP-related litigation, or at least prevent it from growing immeasurably, the European Parliament’s Policy Department for Citizens’ Rights and Constitutional Affairs commissioned an analysis of the EU approach to SEPs, as laid down in a communication by the European Commission. Among the most crucial points identified was a pressing need for more transparency as to what makes a patent essential for a standard, as well as precise terms for FRAND licensing.

To aid transparency the study recommends that before the adoption of the standard, SEP holders disclose the most restrictive licensing terms, such as the maximum royalty rate. Undisclosed SEPs should be “licensed on a royalty-free basis” and SSOs are called upon to organise and manage auctions with a view to choosing the most convenient technology. According to the analysis, open source platforms could be used to “enhance transparency and the provision of information.”

However, the authors give no clear answers on the two main questions regarding reliable rules for FRAND-compliant licensing and the determination of fees. These they leave to national court judges. The analysis states that “the national courts, making reference to the CJEU where necessary, are in the best position to decide on a case-by-case basis whether the FRAND negotiations have been conducted on a reasonable basis, in good faith and whether an injunction is warranted in the case of infringement.” The analysis further adds that they “have, thus far, taken a sensible approach.” 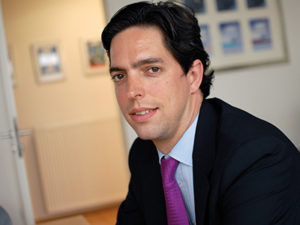 But on the basis of which criteria should a judge decide what is fair, reasonable and non-discriminatory? The easiest way for courts to reach a decision is when – as in the recent MPEG LA case – hundreds of comparable licences already exist. A high number of licencees, it is commonly believed, signals a fair licensing practice.

But what should a judge adhere to if only a few users have taken a licence? The national courts have not yet solved this question. “The judges often break new ground here, especially since the opposing parties are reluctant to disclose strictly confidential information on licensing”, says Clemens Heusch, Head of European Litigation at Nokia. “The only thing that helps here is a reliable case law that provides legal certainty. But with each case the courts learn, so we will get them in the medium term,” he adds.

In the EU Commission’s view, many challenges in SEP licensing can be addressed by patent pools or other licensing platforms in the future.

“Against the background of Internet of Things and connected cars, the topic of patent pools will become more prominent in the future,” says Axel Verhauwen, partner at the law firm Krieger Mes Graf von der Groeben & Partner. The recent licensing deal between Sisvel and the US patent risk management company RPX concerning 500 SEPs and a further 200 non-essential patents for wifi technology suggests patent pools, in some industries, are a lucrative solution for patent holders and users.

Even with the notoriously competitive mobile radio standards, the first interest in patent pools is evident. NPE Conversant Wireless and the network operators NTT Docomo and Nokia joined the Avanci licensing platform in autumn 2018. All contribute their patent portfolios for the standards 2G, 3G and 4G to the patent pool.

From the outset, the mobile industry has relied more on bilateral licensing – unlike video and audio standards providers, where the main patent holders licence their portfolios through the MPEG and Via Licensing pools. “The entire dispute over the past few years is down to the fact that the major providers like Nokia, Apple and Samsung couldn’t agree on a common pool platform,” claims Verhauwen.

So is an era of consensual licensing deals now dawning in the mobile communications industry? It seems unlikely. “Marketing patents in a pool can be particularly useful for smaller patent holders,” explains Heusch. Even for big companies patent pools might be an attractive solution to utilize their SEPs, especially in business units that are not part of their core business.

For the major holders of SEPs for 2G, 3G and 4G, however, bilateral negotiations are often more rewarding. “It allows them to generate higher licensing revenues and better use their own portfolio in negotiations, depending on whether the respective SEP holder is rather gaining money with intellectual property rights or with products using the underlying technology,” says Georg Kreuz, Chief IP Counsel Europe for Huawei.

According to Kreuz, what differentiates mobile communication standards from other standards is the amount of money at stake and that licensing revenues represent the main, or only, source of income for some players. Kreuz adds, “As the industry comprises players with different business models, it is hard to have all of them in the same pool.”

“Pool providers are not the
one-size-fits-all solution”

So pool providers are not the one-size-fits-all solution. There are successful patent pools that licence their intellectual property rights globally. “But even if successful, patent pools may suffer from several defects. Sometimes the essentiality checks are superficial and pools can be inflated with a large amount of non-essential patents. This is problematic as this raises the risk that these pools comprise patents covering substitute technologies, which is not permitted by EU competition rules,” says Kreuz.

The introduction of 5G technology is exciting. While patents for 3G were concentrated in the hands of a few providers such as Qualcomm, most large mobile phone companies have already applied for 5G patents. Among the top 10 are Korean companies Samsung and LG, the Japanese company Sharp, Huawei and ZTE from China, US companies Intel, Interdigital and Qualcomm, and Ericsson and Nokia in Europe.

And there is not only greater diversification on the patent holder side than with earlier mobile radio standards. By using the fast network for the Internet of Things and connectivity, significantly more users are likely to be interested in licences as well. “This secures patent owners a relevant turnover,” says Krieger Mes partner Verhauwen. 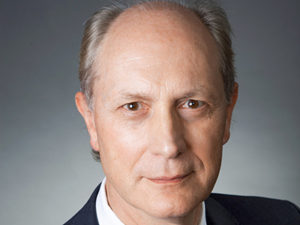 However, experts assume that the patent pools will expand their licensing practice in the future. “In fact, with the Internet of Things and the advent of 5G, we may see a two-tier system. Bilateral negotiations are likely to continue between the large players, i.e. major SEP holders and mobile device manufacturers, whereas pools will prevail for others. It will thus be important to establish pools that work well and operate not only in the interest of SEP holders, but that are also acceptable for the industry”, says Huawei IP Counsel Kreuz.

The auto industry is likely to be the first test case. The recent dispute between Broadcom and several car manufacturers demonstrated the potential for litigation in the wake of connected cars. Although the parties ultimately came to an agreement and the case did not involve SEPs, it nevertheless demonstrated the extent and the fierceness of the disputes.

It is reported that there is already a licensing platform through which SEP holders and car manufacturers are said to have to agreed on a pricing structure that is acceptable to both sides. According to sources, the car manufacturers now also expect their suppliers to take these licenses at the conditions negotiated for them. However, the car manufacturers do not accept that the licence fees should be reflected in the cost of the accessories provided by the suppliers. With the Internet of Things, this problem is unlikely to remain confined to the automotive industry.

Huawei IP Counsel Kreuz puts it in a nutshell: “Generally, there is a need for pools with better governance systems and greater acceptability for industry.”