After months of deliberation, the German Bundestag has finally decided on amendments to a new federal government patent law. It will introduce a proportionality test for the right to an injunction under patent law. The decision comes just a few months before Germany elects a new parliament, and a new government. 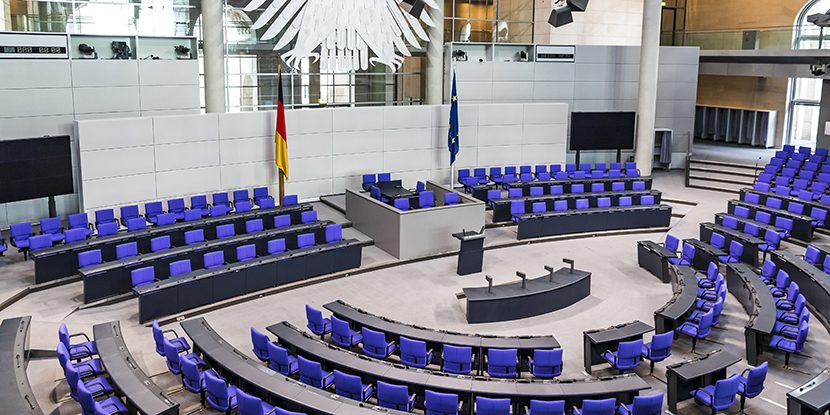 Germany's parliament, the Bundestag, has voted in its decision on the country's new patent modernisation law ©katatonia/ADOBE STOCK

Following an overnight session, the German parliament (Bundestag) adopted reforms to its patent law early this morning. Core to the amendments are specifications on the provision of the automatic injunction. This always follows in German patent proceedings, if the court rules on a patent infringement.

The reform enables courts to apply the principle of proportionality in cases where injunctive relief would represent a disproportionate hardship to an alleged infringer or third parties. It also makes provisions to substitute compensatory payments for injunctive relief, instead of courts automatically handing out injunctions.

Thus, an express reference to the requirements of good faith now supplements section 139, sentence 3 of the German Patent Law. Judges must therefore also take into account the legitimate interests of the patent owner when assessing whether there is unjustified hardship precluding the right to injunctive relief.

In sentence 4 on the patent owner’s claim for compensation, in the event that the injunctive relief is limited by way of exception, the law retains the word “reasonable” in the wording of the standard.

In determining the amount of the compensation claim, the court must account for the infringed party’s patent right being limited by the restriction of the injunctive relief. A patent infringer would then have to pay at least the amount that would be reasonable in the case of a contractual agreement.

In individual cases, the compensation may also be higher. For example, if an infringer fails to examine the patent situation with due care in advance.

Katerina Vojtechova, spokesperson litigation communications at Volkswagen Group, told JUVE Patent, “With the proportionality test for injunctive relief introduced by the Patent Modernisation Act, the legislature has sent a clear signal against patent trolls. The German government and the Bundestag have reached the necessary compromise with the modernisation. The reform is an important step for a fair and less abuse-prone patent law in Germany.”

Ludwig von Reiche, chair of the German group within European trade group IP2Innovate, says, “We also welcome the German parliament’s diligent effort in the context of the new law to explicitly proscribe the practice of patent assertion entities (also known as patent trolls) who acquire patents purely for the purpose of extorting excessive settlements under the threat of an impending injunction.”

Reform in line with EU

The reform brings Germany’s patent code more into line with applicable EU law. In particular, the reform better aligns with the Intellectual Property Rights Enforcement Directive. This calls for courts to apply the principle of proportionality to patent disputes.

The reform also advocates for better synchronisation of infringement and nullity proceedings. The Federal Patent Court, which is responsible for nullity proceedings, is to be better equipped in terms of structure and personnel. This is to give the infringement judges a preliminary opinion on the validity of a patent at issue after six months.

Background to the debate

On 27 January 2021, the German Bundestag first debated the Patent Modernisation Act. Among other things, the German patent law amendment is intended to better synchronise patent infringement and nullity proceedings. However, over the past two years, a possible weakening of the automatic injunction has caused excitement for technology companies and the legal industry.

The alliance feared further restriction of the right to injunctive relief for patent holders and a weakening of the German patent system. According to the letter, the companies are concerned about maintaining Germany as a strong research location. They also wish to minimise any potential disruption to what they see as its well-balanced patent system.

Update 25.06.2021: Today, the new patent law has passed the second chamber of German parliament also passed. The Bundesrat had no objections to the law. Last week, German Bundestag had already approved the new law, which also includes amendments to the automatic injunction. For the law to enter into force, it must now be signed by federal president Frank-Walter Steinmeier. As a final step, the new law will be published in the Federal Gazette (in Geman: Bundesanzeiger).

Then, above all, the new provisions on automatic in junction (§139) will apply immediately, because there is no transitional period. They thus also have a direct effect on actions already filed with the patent courts.