Negotiating borders: the UK patent market on life after Lugano

First the UPC, then the Brussels Regulation, and now Lugano. Since Brexit, the UK’s patent lawyers have navigated several new challenges. The latest uncertainty is the European Commission’s current refusal to ascend the UK to the Lugano Convention. But the door is not yet fully closed. What happens in the coming years depends on the UK’s willingness to extend its reach – and the readiness of EU patent courts to accept UK jurisprudence. 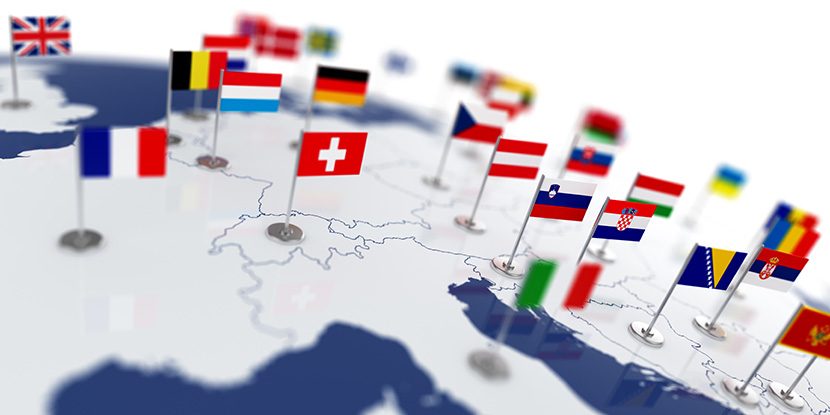 As things stand, the European Commission has temporarily blocked UK ascension into the Lugano Convention, which would provide a smoother application of cross-border decisions and enforcement in areas of law including IP. For the time being, the UK patent market must rely on bilateral treaties and case law - as well as historic cross-border links ©Denys Rudyi/ADOBE STOCK

Since the European Patent Convention (EPC) is a non-EU instrument, following Brexit the UK transposed many existing laws governing patent into current national legislation. The European Patent Office can still grant UK patents, with UK patent attorneys able to file patents directly to the EPO or UKIPO. Recently, however, the UK’s lack of ascension to the Lugano Convention is a challenge for the UK’s firms and patent courts to navigate.

Following Brexit, the UK is no longer a part of the Brussels Regulation (recast). Broadly speaking, the regulation sets out a code to determine jurisdiction of disputes, and enable harmonisation of judgments and enforcement across the EU.

Although the Withdrawal Agreement between the UK and the EU stipulates that all proceedings initiated before the 1 January 2021 still fall under the Brussels Regulation, any proceedings initiated do not. As such, the UK courts will now determine jurisdiction enforcement of judgments via a mix of common law, bilateral treaties, or international legal agreements. 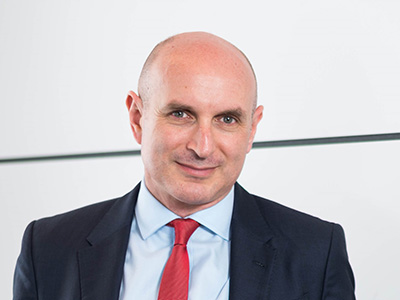 The UK thus seeks an alternative to the Brussels regime by applying to join the Lugano Convention. This unilateral treaty is essentially identical to the Brussels Regulation in that it applies across the EU.

However, Lugano also encompasses Iceland, Norway and Switzerland. Since the UK is also now a third state, it is eligible to apply.

David Rose, partner at Mishcon de Reya, says, “The UK’s participation in Lugano would bring a degree of order to certain complex cross-border claims, both IP and non-IP.”

“It also provides a degree of certainty as to where claims should or should not be heard, as well as how Lugano states can enforce judgments made in other, participating states.”

Iceland, Norway and Switzerland conceded to the UK’s application to join the convention. However, on 4 May 2021, the European Commission published a statement outlining its assessment of why the European Council should refuse future UK membership.

“Now, post-Lugano,” says Johannes Graf Ballestrem, partner at the Cologne office of Osborne Clarke, “the enforcement of judgments is technically more complex. We are returning to legislation that existed before the EU, such as The Hague Convention.” 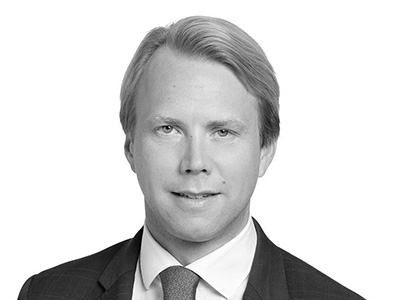 On the other hand, most judgments handed down by UK courts concern solely UK patents. As such, some lawyers do not view the UK’s lack of participation in Lugano as a concern.

Paul England, senior support lawyer at Taylor Wessing, says, “The great majority of patents decisions are about UK patents only anyway, which the UK judges will of course enforce. Not being in Lugano will not alter that fact.”

Other litigators suggest that the UK’s lack of ascension to Lugano may have loosened restrictions on the UK courts’ approach to issues of jurisdiction.

Andrew Hutchinson, partner at the London office of Simmons and Simmons, says, “Now, in the context of cross-border non-infringement actions, where a patentee is based in an EU member state or Lugano contracting state, it will not be necessary to account for the issue of EU/Lugano state domicile under the previous rules.”

But there is some concern that the UK’s lack of participation in any binding unilateral agreement could have adverse effects.

Firstly, the ease of service and enforcement of judgments across borders could be compromised. Previously, the agreements in place ensured smooth cross-border application of judgments concerning multiple jurisdictions with potentially different national legal approaches.

Secondly, UK case law regarding forum non conveniens – literally, a court being an inconvenient forum – could further restrict the courts from deciding on judgments with far-reaching consequences. 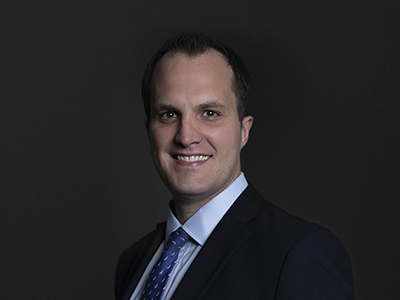 Rose says, “Actavis vs. Eli Lilly confirmed the ability of English and Welsh courts to determine issues of non-infringement of foreign designations of patents at least in cases where the validity of the relevant designation is not in issue.”

Now, in a post-Brussels and -Lugano era, the UK courts could extend this jurisdiction. Thus, it could encompass a declaration of non-infringement against EU-based patentees.

However, the UK patent courts are not a standard forum for another major cross-border issue: cross-border injunctions against infringement. This is mostly due to their raising issues of validity, which according to Brussels and Lugano must be dealt with by the individual member states.

As Hutchinson says, “Cross-border injunctions are a unique jurisdictional approach.”

Instead, it is the Dutch courts which have previous form in granting pan-European injunctions. This allows a patent holder to start proceedings in just one jurisdiction, rather than all countries in which the alleged infringer is infringing.

Although, after 2012, the CJEU somewhat limited the practice to preliminary injunctions that avoid conflicting judgments from different member state courts, the Netherlands remains an enthusiastic proponent.

Most recently, in October 2020, the District Court of The Hague found an SPC held by Swiss pharmaceutical company Novartis valid. The court then granted two cross-border injunctions against Dutch company Mylan, due to what it deemed a threat of infringement against Novartis’ SPC for deferasirox.

In some respects, such as in discretion and granting relief, the Dutch and UK courts are similar. But it is unlikely that the UK will go in the same direction as the Netherlands. Issues of validity and the forum non conveniens means that the UK is likely to remain an unfavourable place for companies to seek cross-border injunctions.

Furthermore, member state courts are not obliged to respect the decisions of other member states if contradicting national principles of law. This could impact future cross-border declarations of non-infringement handed down by the UK courts, now it is no longer subject to Brussels or Lugano. 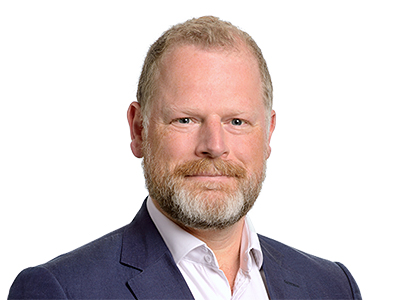 England says, “Since patents are national rights, decisions rarely have an extra-territorial effect, and not against EU domiciled patent owners.”

“But now, since Brussels or Lugano is not binding the UK, it could potentially extend the doctrine from Actavis vs. Eli Lilly to make a declaration of non-infringement against companies based in the EU – as well as outside it.”

Without Lugano and the UPC, future enforcement might rely on future bilateral agreements. With it, a certain degree of judicial comity may be necessary.

England says, “If a party is worried about being challenged on infringement in Europe, one defensive tool is to come to the UK and get a declaration that your product won’t infringe certain European patents within a family.”

But its effectiveness depends on the willingness of European courts to recognise a decision.

A question of jurisdiction

Recently, however, the question of jurisdiction has arisen not just through Lugano. In August 2020, in Unwired Planet vs. Huawei, the Supreme Court upheld the first-instance decisions of 2017 and 2018. In doing so, the court confirmed that the UK has jurisdiction to determine global FRAND terms and rates.

England says, “A trend might be drawn between using the impact of the UK’s current lack of participation in Lugano, and its willingness to decide on global FRAND licences. It appears the UK judges are quite willing to extend their reach beyond the boundaries of the UK jurisdiction.”

As such, the Supreme Court decision is a good example of the UK taking a cross-border decisions. Here, it held out to see if foreign courts were willing to implement the terms.

Reaching into the rubric

However, the Supreme Court decision extended a global reach on the terms of a FRAND licence. This is because the judgment found both validity and infringement of UK patents. As such, while the decision confirmed an expansive approach by the Supreme Court, it raised separate issues to the questions of jurisdiction, and the Brussels/Lugano rubric.

Rose says, “The Unwired Planet judgment was ground-breaking because the Supreme Court interpreted ETSI as giving it the ability to settle the terms of a FRAND licence on a global basis. Thus, such licences can be determined by the court globally.”

“However, these questions sit separately from those relating to questions of jurisdiction and the court’s ability to hear the case against a particular defendant in the first place.”

Here is where the Supreme Court judgment in Unwired Planet vs. Huawei, and Lugano, differ.

“In terms of Lugano, parties will be monitoring the impact of the EU’s final decision, once issued, on how best to manage cross-border disputes. But various issues will always impact on such strategies,” says Rose.

It is not only UK courts which must consider their future cross-border relationship, should the EU Commission continue to deny its place in Lugano. For UK firms, too, strong cross-border connections and an integrated office network provides a buffer against the immediate impact of Brexit.

Tim Harris, partner at the London office of Osborne Clarke, says, “The UK’s lack of participation in Lugano shouldn’t make much difference to law firms. Obviously, some have pan-European networks but clients will continue to instruct, based on their own metrics, who they want to engage.” 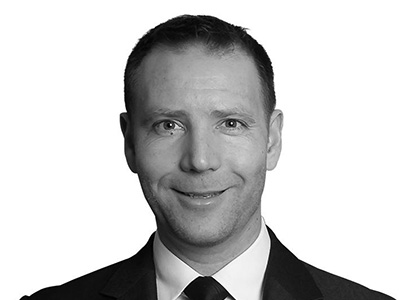 Ballestrem says, “Integrated firms might benefit. With no unilateral treaty, firms might find it more burdensome to apply an effective UK-EU strategy without European offices – or at least, ‘best friend’ firms.”

While the future is more certain for cross-border office, for some patent boutiques a lack of European office network support could be a hindrance in attracting future clients.

But what is certain is that, post-Lugano, the value reasoning and quality of UK judgments assumes new importance.

What happens next depends on if Europe’s major patent jurisdictions continue to willingly recognise UK jurisprudence. Furthermore, the door is not yet closed fully. After all, the European Commission might yet decide to ascend the UK to Lugano. But even if this is not the case, many UK lawyers remain positive.

Harris says, “Although the UK is now independent of the CJEU, the UK judges will continue to seek insight from other European courts to reach and understand patents judgments, and vice versa. For the moment at least, European patent law remains essentially harmonised between the UK and remaining EU members.”

Many lawyers agree that Europe’s patent jurisdictions – including the UK – will maintain deference for one another. After all, the EPC continues to govern all European countries. The EPO remains the dominant court for parties to maintain and oppose patents. And the dominant factors for companies choosing to litigate in the UK, such as speed and quality of judgments, continue to apply.