Today's EPO Patent Index 2020 highlights healthcare innovation as the biggest driver of European patent applications. The number of filed European patent applications has also remained relatively stable despite the events of 2020, seeing just a slight decrease. So far, the global coronavirus pandemic has not a huge impact on the patent sector. But trends in the report suggest its full effect remains to be seen. 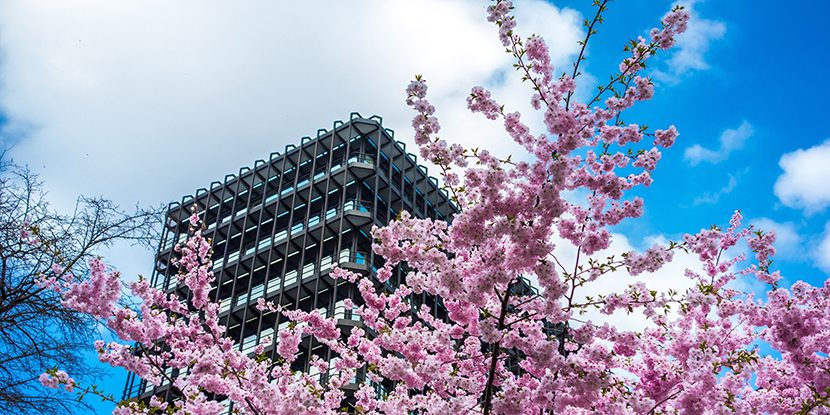 The EPO has published its Patent Index 2020, highlighting the most important trends in global patent filing strategies and trends over the past year ©European Patent Office

Today, the European Patent Office has released its annual EPO Patent Index 2020. Given the tumultuous events of the past year, some patent attorneys in the European market expected a downturn in the number of filed patent applications and hearings before the EPO. However, the Patent Index 2020 indicates that the coronavirus pandemic has not had such a bad impact as first assumed. In fact, filed patent applications decreased by just 0.7% during 2020. 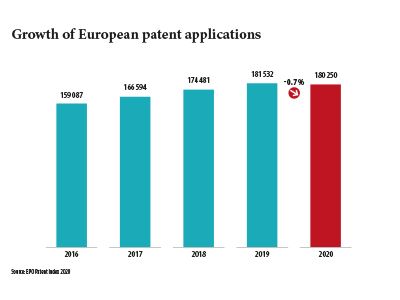 In 2019, the EPO announced an amendment to its reporting cycle. The office now publishes its patent filing statistics annually every March as the Patent Index. However, in June the EPO will publish its operational results and development updates under its Strategic Plan. This was formerly known as the Annual Report.

Today’s report shows that medical innovation continues to lead the technical fields for patent filing. For example, in 2020 medical technology dominated the number of filed inventions in terms of volume. It saw an increase in patent filings by 2.6%.

This is closely followed by inventions in pharmaceuticals and biotechnology, which show the biggest increase in terms of patent filing. Both came in at 10.2% and 6.3% respectively. 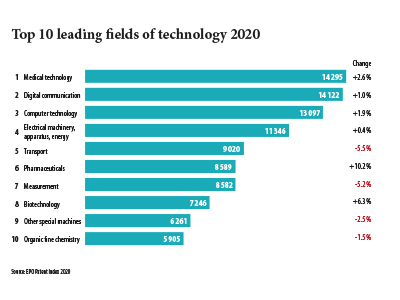 Patent applications regarding transport saw the largest decrease at -5.5%. Aviation and aerospace are mostly behind this slump, which saw a decrease in patent applications by -24.7%. This is perhaps unsurprising, given the economic impact of the pandemic on the aerospace sector.

The automotive sub-category also saw a decrease, albeit less sharply, of -1.6%. As such, this year’s EPO Patent Index indicates the categories which have most benefitted – and suffered – from a global crisis driven by a viral infection.

Regarding the geographic origins of patent applications, the top five countries remain the same as in 2019. The US leads the pack again with 44,293 applications. However, interestingly US patent applicants actually filed 4.1% fewer applications at the EPO than in 2019. 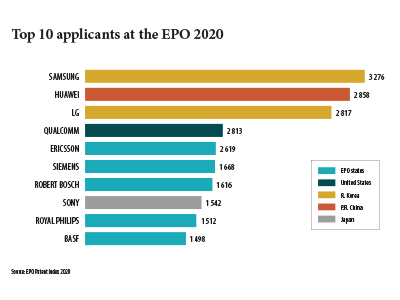 South Korean companies were especially active in electrical machinery, telecommunications, computer technology and semiconductors. In terms of companies with the highest number of patent applications, this year Samsung leads the pack.

Indeed, Sony is the only Japanese company to make it into the Top 10 applicants at the EPO, coming in eighth. 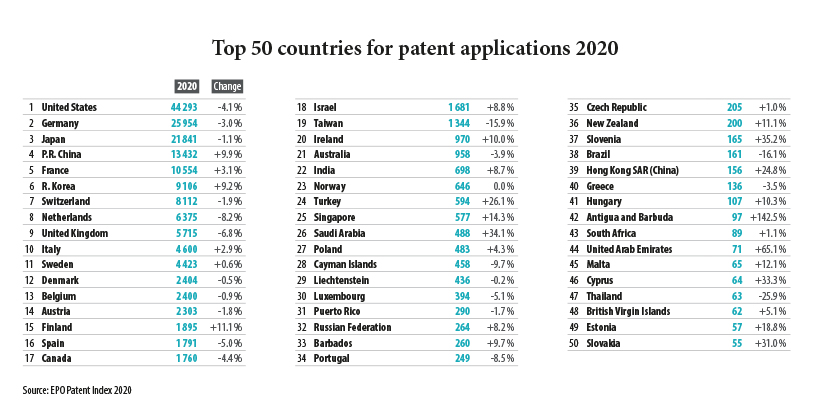 Regarding the EPO Patent Index 2020, EPO president António Campinos says, “The EPO’s Patent Index 2020 shows that demand for patent protection has remained high. Overall, patenting activity has been robust, even though it fluctuated across technology sectors and economic regions.”

“While this is a conclusive set of results for the year, it is far from presenting a complete picture of the longer-term effects of the pandemic. Those, I’m sure, are yet to be seen.”

Campinos continues, “Although we can’t predict with any certainty the patent trends that will emerge in the coming months or years, we do know that it is innovation, research and science that will lead to a healthier world, and to stronger and more sustainable economies. Because innovation, supported by a strong IP system, is the motor of recovery, in every sense of the word.”

As such, the European patent market has likely not yet felt the full impact of the coronavirus pandemic. Perhaps the EPO Patent Index 2020 shows early signs of future trends. For example, the noteworthy decrease in patent applications filed in the aerospace sector reflects the wider societal change.

On a general level, the pandemic may well change future travel patterns – not least due to expansion of telecommunications and home office optimisation. A boom in video conferencing and telecommunications reflects the latter trend.

Furthermore, the various trend in pharmaceuticals is telling. Success over 2020 relied on the repurposing of existing medical technology, as well as rapid innovation of new methods. And the global patent market reacted rapidly. Finally, at least in some countries, an end to the pandemic is beginning to emerge.

But the challenges and opportunities presented by 2020 are likely contribute to a different patent world map in the future.