The German federal government is working on a major overhaul of national patent law. But it will likely disappoint many experts and not include the major changes to the automatic injunction that have been called for by the German automotive and telecommunications industries. 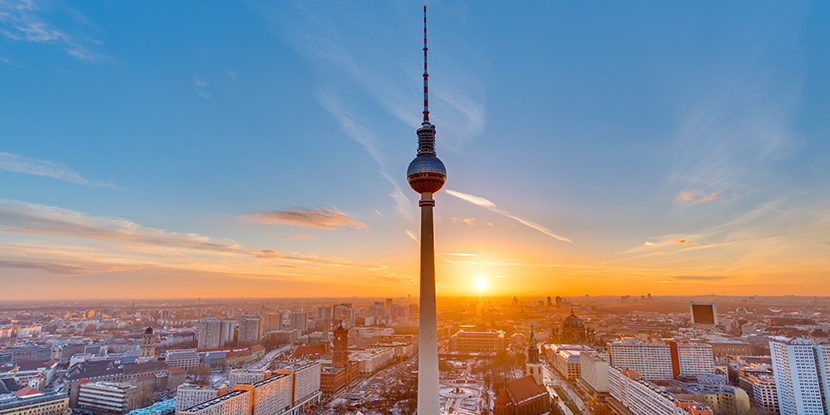 The German federal government in Berlin is working on a new patent law. ©AdobeStock/elxeneize

The automatic injunction in the event of a patent infringement and the delay between infringement and nullity judgments, often called the injunction gap, are two hotly debated topics in the German patent community. The annual conference of the German Association for the Protection of Intellectual Property (GRUR) in Frankfurt last Thursday was no different. It was here that reform of German patent law first emerged.

At one sitting where experts discussed injunctions in patent law, numerous patent lawyers debated the proposals of the German automotive and telecommunications industries to soften paragraph 139. According to parts of German industry, this is necessary to mitigate the consequences in cases where only a small part of a mobile phone device or communication module infringes a patent, but where the resulting injunction threatens the entire production of a car or the operation of a mobile phone network.

The discussion quickly turned to the injunction gap. This refers to an imbalance in the German bifurcation system. The Federal Patent Court often rules on the validity of a patent months after the first instance infringement judgment. Large swathes of industry and the legal profession are critical of the fact that courts can grant injunctions even though the validity of the patent is unclear.

No amendments are needed to speed up nullity suits, but the government is obviously planning to make changes to the patent law. Towards the end of the GRUR discussion, Johannes Karcher, Patent Law Officer at the Federal Ministry of Justice and Consumer Protection, announced that a revision of the German patent law was under way.

The Minister of Justice, Christine Lambrecht, plans to present a first draft of the patent modernisation law as early as autumn. A short period of public consultation will follow. Associations such as the GRUR and the German auto industry association VDA will then be able to submit opinions.

A ministry spokesperson has confirmed that the second draft should be ready by the end of the year. This is the basis for the parliamentary legislative procedure.

“The work in question involves a number of technical improvements to the patent procedure,” said the ministry spokesman. According to experts, these could mainly concern the German patent application procedure.

In addition, the spokesman said the ministry would look at the need for changes in areas that were the subject of an expert discussion in May. “This examination is not yet complete,” he said.

The ministry and Karcher did not provide any details. At the request of one Düsseldorf lawyer, Karcher indicated that the considerations include improved protection of trade secrets in patent litigation.

In May, the ministry invited representatives of industry, lawyers and judges to a roundtable discussion. At the time, the ministry described the meeting in vague terms as being in preparation for a legislative initiative in the field of intellectual property. There was not yet any talk of a specific draft law in patents. Both the automatic injunction and the injunction gap were on the agenda for the Berlin meeting.

Other parts of German industry are now joining the calls of Volkswagen and others. A BASF representative pointed out the increasing connectivity of production sites and that injunctions over mobile phone patents could potentially cause huge problems.

However, an abolition of or substantive change to paragraph 139 on the automatic injunction is unlikely.

At the GRUR annual conference last week, Karcher did not want to raise hopes of a far-reaching reform of paragraph 139. The discussion simply indicated the spectrum of possible measures.

Peter Meier-Beck, who up until a fortnight ago was presiding judge of the patent senate, considers the legal regulations to be sufficient. In addition, the Federal Court of Justice, with its decision on heat exchangers (case ID: X ZR 114/13), has provided a mechanism for how courts should proceed when only part of a more complex product is affected by a patent infringement. The 2016 case concerned a patent-infringing ‘airscarf’ heating element in the car seats of Mercedes Cabriolets.

At the conference, the experts also discussed improving stays of execution.

Other conference participants, on the other hand, reiterated calls to alleviate the problems for industry by granting more generous deadlines. This way, companies would have time to replace the patent-infringing technology with other solutions.

However, the patent experts at the conference largely agreed that the injunction gap is unacceptable and that the German government urgently needs to take countermeasures.

Many at the GRUR conference also stated that giving judges more leeway to suspend infringement proceedings where there is doubt as to the patent’s validity could also help.

A further topic of discussion was how detailed guidelines could improve the coordination of infringement and nullity proceedings. For example, some suggested a fixed rule for when the Federal Patent Court would have to submit a preliminary opinion on the validity of the plaintiff’s patent. This would support judges in their decision to suspend or continue infringement proceedings.