The Regional Court Munich has found that automotive company Daimler infringed one of Sharp's LTE patents, and was an unwilling licensee. The ruling comes three weeks after the Mannheim Regional Court issued a similar ruling in a lawsuit filed by Nokia against Daimler. 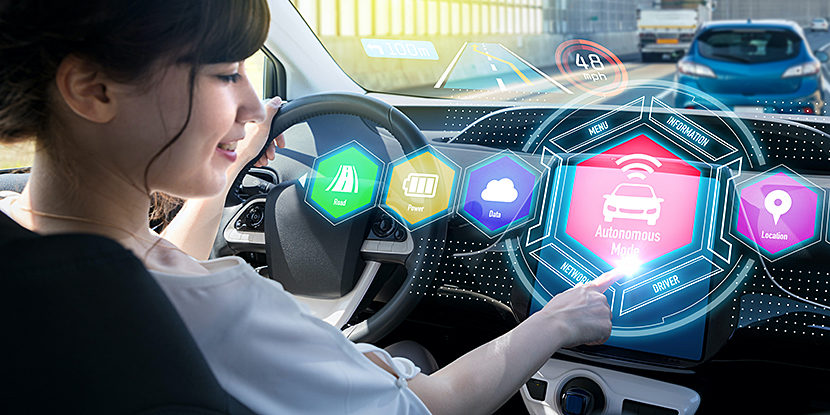 Daimler has suffered a setback against members of the Avanci pool; it may not sell certain cars in Germany. This is according to a recent ruling by the Regional Court Munich ©metamorworks/ADOBE STOCK

Yesterday the Regional Court Munich ruled that, for the time being, Daimler may not sell certain cars in Germany. The cars in question feature connectivity modules with parts from certain suppliers (case ID: 7 O 8818/19). According to the decision, Stuttgart-based car maker Daimler has infringed one of Sharp’s LTE patents (EP 26 67 676). The infringement comes via Daimler’s connectivity modules and connectivity services “Mercedes Me”, “Connect Business”, and “Mercedes PRO Connect”.

If Sharp enforces the ruling against a security deposit of €5.5 million, Daimler will face a sales stop. JUVE Patent is not yet aware if Sharp is considering this step. On the other hand, sources consider it likely that Daimler will appeal against the verdict. However, the company did not wish to provide a comment.

Three weeks ago, Mannheim Regional Court granted an injunction against Daimler for the infringement of a Nokia patent. Subsequently, Daimler immediately appealed, filing an urgent motion to stay the enforcement with the Higher Regional Court in Karlsruhe. The car manufacturer could now do the same in Munich.

However, the stakes are not as high as in the Mannheim case. This is because the connectivity modules, for which Huawei supplies parts, are excluded from the Munich court’s ruling. Sharp and Huawei agreed on a licence in June. As a result, Sharp withdrew the parts of its lawsuits directed against Huawei.

The lawsuit is part of a large-scale campaign independently waged by Sharp as a member of the Avanci patent pool. The pool offers connected cars licences for a large number of SEPs in the automotive industry. Nokia initially sued Daimler over ten patents, while Sharp is enforcing five patents. Furthermore, Conversant is suing Daimler over four patents.

The courts have suspended two of the infringement cases, pending the outcome of the nullity suits. The Regional Court Munich will hear two further cases at the beginning of November.

No submission to the CJEU

In the Sharp case, the court did not have to decide which company in the production chain must take a licence from the owner of an SEP for connectivity modules – the OEM or the supplier. The Federal Cartel Office has previously suggested this question should be referred to the CJEU.

However, Sharp not only grants its licences to OEMs; it also grants licences to suppliers. This is demonstrated in the recent agreement with Huawei. On the other hand, this is not the case with Nokia. Nokia refuses to license to the suppliers. The Finnish company only offers licences to car manufacturers.

Therefore, in the Nokia case, the Regional Court Düsseldorf is considering a referral to the Court of Justice of the European Union. The CJEU would clarify to which company the SEP holder must grant a licence. The Düsseldorf Regional Court will not deliver its judgment on this matter until 12 November.

No impact on production

Daimler assumes that the Munich court’s ruling will not lead to a halt in production and delivery. A spokesman explained, “The ruling only concerns the remaining scope of the original complaint, as Sharp had partially withdrawn its complaint. The reason for this was that in the meantime a licence had been concluded between a Daimler supplier and Sharp. This shows that the model of licensing to the suppliers, which we favour, fundamentally works.”

Although Avanci did not want to comment on the details of the judgment, a spokesperson said, “Daimler’s legal disputes with Nokia and Sharp could still be resolved easily and quickly by Daimler taking an Avanci licence. Our vision of making patent licensing easier and more efficient has already seen 15 auto makers, including Audi, BMW, Porsche and VW, join our one-stop platform.”

Few surprises on the lawyer’s bench

The Sharp cases are Wildanger’s first foray into the disputes over connected cars patents. Lead partner Peter-Michael Weisse has many years of experience in SEPs and FRAND. Furthermore, Weisse is responsible for a successful campaign by the NPE Saint Lawrence Communications against various mobile phone companies.

A team of patent attorneys led by Christoph Walke and Matthias Waters supports Wildanger in the Sharp case. The Cohausz & Florack lawyers are also active for Nokia in the parallel dispute with Daimler, while Arnold Ruess litigates on Nokia’s behalf.

Daimler has retained Quinn Emanuel frontman Marcus Grosch for all disputes with the Avanci pool members. Usually, the US firm handles such lawsuits without the assistance of patent attorneys.

Daimler’s suppliers also rely on a one-stop defence. The suppliers have instructed their law firms to handle all lawsuits concerning the Avanci pool.

However, supplier and co-litigant Harman Becker is only involved in the disputes with Sharp and Conversant. The lawsuits filed by Nokia do not involve Harman Becker.

Hoyng ROKH Monegier represented Huawei while it was still party to the Sharp case. The relation between the law firm and the Chinese company is relativly new. Huawei has also been relying on Preu Bohlig & Partner in Germany for some time in other cases.