German courts may grant a preliminary injunction in infringement cases, even if a patent-in-suit is not yet proven in opposition or nullity proceedings. Europe's highest court instance, the CJEU, today ruled that the granting of a patent is sufficient to determine its validity. 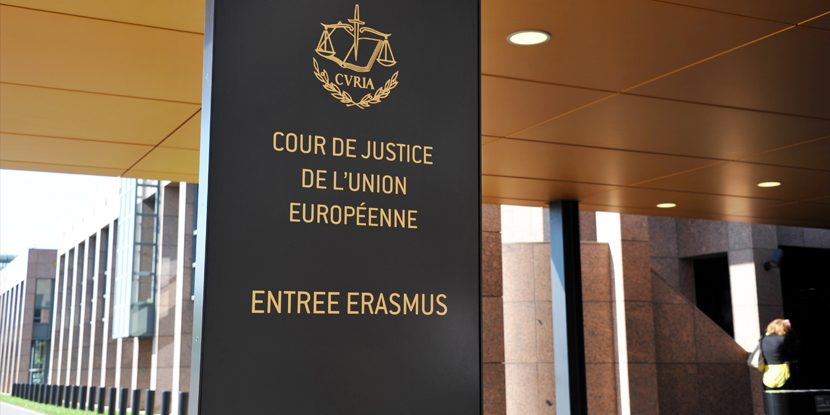 Responding to a referral from the Munich Regional Court, the CJEU has today ruled that a court can grant a preliminary injunction in infringement proceedings, even if the patent is yet to be proven in opposition or nullity proceedings ©nmann77/ADOBE STOCK

The Court of Justice of the European Union has responded to a referral from the Regional Court of Munich. The 21st Civil Chamber requested that the highest European court clarify whether a Higher Regional Court refusing a preliminary injunction, based on the disputed patent not yet surviving first-instance opposition or invalidity proceedings, is compatible with Article 9 of Directive 2004/48/EC.

As today’s ruling states, German law does not require the patent to have survived an opposition or nullity suit as a prerequisite for a PI (case ID: C-44/21). Therefore, granting a preliminary injunction in such cases is in line with Directive 2004/48/EC. Furthermore, according to the CJEU, national courts must modify established case law if it is incompatible with the aims of the directive.

Preliminary injunction on the table

In mid-January 2021, Harting filed an opposition against Phoenix Contact’s patent EP 536. The EPO had only granted the patent in December 2020. Opposition came just a few days before the Munich Regional Court was to rule on the preliminary injunction. At the time of the injunction proceedings, neither the EPO nor a patent court had ruled on the opposition or validity.

However, EP 536 is just one of numerous patents and utility models over which the two opponents are suing each other. Currently, the parties have around 30 pending proceedings on infringement and validity.

The Munich court did not doubt the validity of the patent. However, judges of the 21st Chamber did not believe they were in a position to grant a preliminary injunction, given the established case law of the second instance Munich Higher Regional Court.

Here, the prevailing view –based on a strict interpretation of a judgment by Thomas Kühnen from 2017 – is that the legal validity of a patent-in-suit is only sufficiently secured once it has survived first-instance opposition or revocation proceedings. Thus, judges may only grant a preliminary injunction regarding infringement following this.

Kühnen, the presiding judge at Düsseldorf Higher Regional Court, stressed the importance of securing validity prior to the granting of a preliminary injunction. However, in addition to opposition and nullity proceedings, Kühnen also recognised other substantively equivalent circumstances. For example, he noted the comprehensive licensing of the patent.

As a result, the Munich Higher Regional Court changed its practice. Previously, the Munich judges had granted PIs even for so-far unchallenged patents. However, in a dispute between Wago and Molex in December 2019, for the first time the judges required a surviving opposition or nullity suit as proof of validity. This decision set stricter criteria for PIs than their Düsseldorf colleagues.

Tobias Pichlmaier, as well as being the former chairman of the 21st Civil Chamber at the Munich Regional Court, was originally heading the PI proceedings in Harting vs. Phoenix Contact. In his opinion, the previous interpretation fell contrary to European law.

Additionally, a nullity suit could take years. During this time, the patent proprietor may have to tolerate a possible infringement. This is all despite the fact that judges would have conducted a technical examination before granting the patent.

In submitting this case to the CJEU, Pichlmaier challenged the case law of the second-instance Munich court. However, other German patent judges were vocally critical of his actions.

JUVE Patent approached Tobias Pichlmaier for comment. In response, Pichlmaier said, “Certainly, it is often difficult for judges in infringement proceedings to predict with sufficient certainty whether a patent will survive possible validity proceedings. This is particularly true for complex technologies such as mobile communications.

However, this must not lead to a situation where courts can no longer issue PIs for granted patents, because case law requires a positive decision on validity as a prerequisite for issuing a PI. This is because opposition or nullity proceedings often take years.”

Pichlmaier continues, “With regard to the aforementioned problem of the infringement judge making a validity prognosis, it would therefore make most sense to merge the jurisdictions for infringement and validity, as envisaged by the UPC. It is also common practice in other countries.”

Meanwhile, Pichlmaier has moved from the 21st Chamber to the antitrust senate at the Munich Regional Court. A different judge will therefore hear the original injunction proceedings, which the court is likely to resume following the CJEU ruling.

The patent community hopes the CJEU decision will bring greater reliability in German PI proceedings, irrespective of court location. In an interview with JUVE Patent, some lawyers complained about the often differing interpretation of Kühnen’s ruling in Düsseldorf, Karlsruhe, and in Munich.

Teams prove their worth

The contact between Phoenix Contact and CBH Rechtsanwälte partner Hannes Jacobsen has existed for years. Jacobsen had already represented the client together with Stephan Gruber when both worked at Preu Bohlig. The client relationship continued when the litigators moved to CBH in 2017. But the new firm was also no stranger to Phoenix Contact. Previously, it had retained CBH on issues relating to employee invention rights.

In addition to Jacobsen, Paul Szynka worked on the case from the beginning. He began as an associate, and is now a partner at the firm. Patent attorney Christoph Schröder of Maikowski & Ninnemann assisted the CBH lawyers with technical issues in the original proceedings. In other proceedings for Phoenix Contact, CBH cooperates with the patent attorney firms Gesthuysen, in particular name partner Michael Gesthuysen,  and Thum & Partner name partner Bernhard Thum.

For many years, Harting has relied on Eisenführ Speiser as its go-to advisor. Tilman Müller led the team, with patent attorney Klaus Göken regularly assisting the client in patent litigation. However, he also advises on patent filing. Originally, the contact came about through Enercon, another long-standing regular client. Harting is a supplier to the German wind turbine manufacturer.