Piaggio has obtained comprehensive sales and production bans against Peugeot for three-wheeled scooters in France and Italy. But, until the appeal decision, the judgment will likely remain a threat rather than have real consequences on Peugeot's products.

In their home markets of France and Italy, a dispute over three-wheeled vehicles with tilting suspension system has broken out between Piaggio and Peugeot ©OceanProd/ADOBE STOCK

Two wheels in the front, one wheel at the back and still able to lean into corners like a two-wheeled motorcycle. This is the idea behind Italian motor vehicle manufacturer Piaggio’s MP3 scooter, as well as the Metropolis scooter from Peugeot. However, Piaggio believes the technology is not only similar but an imitation.

As such, the company has sued its competitor for patent infringement in its home markets of Italy and France.

Piaggio and Peugot on the road

Both the Milan and Paris first-instance courts concluded that Peugeot was infringing Piaggio’s patents. Both courts issued comprehensive sales, distribution, production, import and manufacturing bans for their countries. In addition, the Paris court awarded Piaggio damages of €1.5 million. However, these bans and payments are unlikely to be enforced pending an appeal.

Both rulings caused a stir in the motorcycle scene.

In the Milan trial (case IDs: 44271/2017 and 34023/2020), Mario Santucci, head of innovation at Piaggio, played a role in-house. In the French proceedings, the company worked with Martine Karsenty-Ricard and Béatrice Moreau-Margotin of J. P. Karsenty.

Peugeot is one of the regular clients of partner and patent attorney Grégoire Desrousseaux from August Debouzy’s market-leading team. Furthermore, he successfully led the opposition on the basis of which the EPO revoked EP 234.

At the time, patent attorney firm Grünecker, which has three offices in Germany and one in France, represented the second opponent, Yamaha. 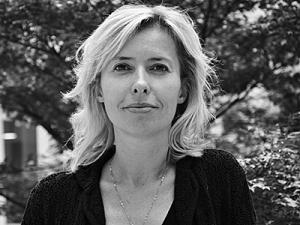