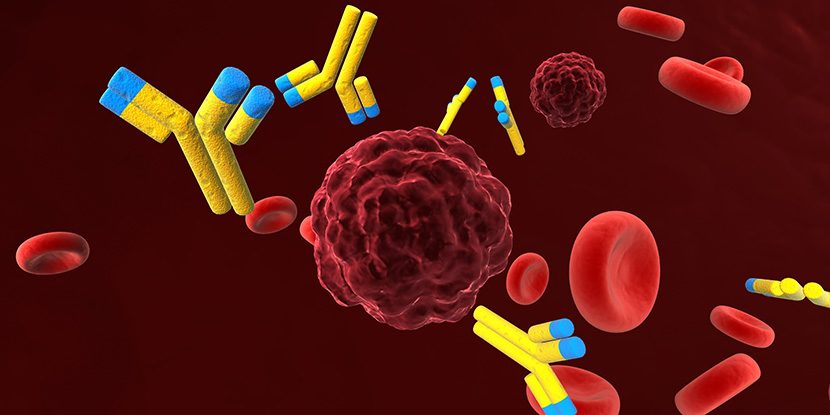 In France, the Court of Appeal has applied CJEU case law in three landmark rulings on Supplementary Protection Certificates (SPCs). At the centre of the disputes are patents for three monoclonal antibodies osimertinib, nivolumab and pembrolizumab. Doctors use drugs with these antibodies in immunotherapy against different types of cancer.

Two SPCs for one antibody

Usually, for new therapies using monoclonal antibodies, parties file patent families that first protect a function. For example, this could be a function which changes the communication between tumour cells and T lymphocytes.

Only after further research are specific monoclonal antibodies that fulfil desired functions determined. However, this can take several years, after which parties usually file patents for these isolated antibodies.

In the current cases, all parties which hold the patents  protecting the respective functions filed applications for an SPC at the French Trademark and Patent Office (INPI). In doing so, the parties referred to the already-granted patents for the specific monoclonal antibodies, as well as market approval for the corresponding drugs.

As such, in 2016, Wyeth and General Hospital Corporation applied to the INPI for an SPC for the French part of EP 1 848 414. The patent protects a method for treating gefitinib-resistant cancer. In applying for the SPC, the parties drew on the market approval of AstraZeneca’s drug Tagrisse. Its active ingredient is osimertinib, a monoclonal antibody, which in turn is protected by the patent EP 2 736 895.

The active ingredient in Opdivo is monoclonal antibody nivolumab, with a corresponding patent of EP 2 161 336. However, an SPC already exists for the drug in France.

The patent for a third monoclonal antibody, pembrolizumab, has a similar story. Ono Pharmaceutical and Tasuku Honjo also applied for an SPC for the antibody’s function patent. Their argument is based on MSD’s drug Keytruda and the existing patent for antibody pembrolizumab, which is Keytruda’s active ingredient.

However, the INPI rejected all three applications. The French patent office found that the basic patents did not protect the products. In addition, SPCs already exist for some of the specific active ingredients.

The claimants appealed against the INPI’s decision. However, the Court of Appeal followed the INPI’s reasoning in its ruling and dismissed the claims (case IDs: 18/10540 and 19/19410).

The court based its decision on, among others, a CJEU judgment from April 2020 (case ID C‑650/17), which concerned the dispute between Royalty Pharma and the German Patent and Trademark Office (DPMA) over an SPC for sitagliptin.

The Federal Patent Court asked the CJEU to clarify the criteria a basic patent must meet in order for it to protect a product.

In December 2014, Royalty Pharma applied for an SPC for active ingredient sitagliptin. However, since the active ingredient was only developed after EP 705 was filed, the basic patent does not explicitly mention it. Thus, the DPMA rejected the filing.

Royalty Pharma then appealed the decision at the Federal Patent Court. Like the DPMA, the 14th senate judges did not consider that the basic patent met the requirements under Article 3a of the EU Regulation on SPCs for medicinal products.

However, the Federal Patent Court then referred the question to the CJEU in view of inconsistent case law across the EU. The CJEU had previously taken a position on a similar matter in the Teva et al vs. Gilead ruling concerning HIV drug Truvada (case ID: C‑121/17).

Here, the CJEU identified a two-part test to determine whether a patent office can grant an SPC. But the Federal Patent Court saw the need for further clarification.

Specifically, the Federal Patent Court sought clarification as to whether an SPC could be granted if the product satisfies the general functional definition of a class of active ingredients in the claims, without being individually indicated in the basic patent.

Furthermore, the court asked if a basic patent protects such a product, even if the product was developed after the filing date of the basic patent, following an independent inventive step.

The CJEU answered the first two questions in the affirmative. It stated that a product is protected by a basic patent if it corresponds to a general functional definition used by one of the claims of the basic patent and necessarily comes within the scope of the invention covered by that patent. However, that it is specifically identifiable by a person skilled in the art remains a prerequisite.

On the other hand, the CJEU ruled in a different direction on the third question. The court decided that a product is not protected by a basic patent if it was developed after the filing date of the application for the basic patent, following an independent inventive step.

Based on this CJEU decision, the Paris Court of Appeal has now dismissed the suits in all three cases. According to the judges, the basic patent protects the products because they “implicitly and necessarily” fall within the functional definition of the patent claims.

Thus, the basic patents also satisfy the first part of the CJEU’s two-part test set out in Teva vs. Gilead.

However, on the other hand the products are not “specifically identifiable” by a person skilled in the art from the basic patent. Further independent inventive steps would be required to identify the individual monoclonal antibodies, said the Paris Court of Appeal.

As evidence, the judges cited that filing patents for the specific sequence and structure of the products took a total of three years for nivolumab, and up to five years for pembrolizumab. It is not yet known whether the parties will pursue the case at the Supreme Court (Cour de Cassation).

Mixed firms in the mix 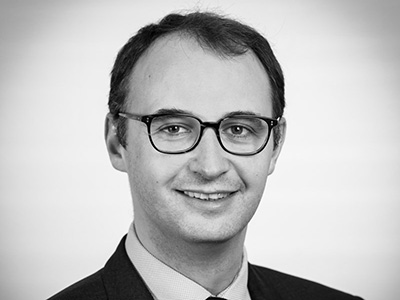 This is the first time that mixed firm Lavoix worked for Wyeth and GHC. While patent attorneys Céline Bernardi and Béatrice Holtz represented the two US companies in the first instance before the INPI, litigators Camille Pecnard and Pierre-Emmanuel Meynard took over the litigation before the Court of Appeal.

For the legal matters, Pecnard and Meynard worked in cooperation with Jones Day lawyer Thomas Bouvet. A partnership between Lavoix and Jones Day’s German patent team has existed for years, especially for SPC issues.

The patent attorneys in the mixed practice in Munich were responsible, among other things, for filing Wyeth and GHC’s basic patent EP 414.

In the CJEU cases on which the Paris Court of Appeal based its decisions, Royalty Pharma retained a team from Maiwald. Patent attorneys Dirk Bühler and Annelie Wünsche from the Munich-based mixed IP firm represented the client before the Federal Patent Court.

Look to the UK

Another landmark CJEU decision that played a big role in the current case was Teva and other generics companies vs. Gilead. It stemmed from a UK case, in which all claimants and defendants have long relationships with their advisors.