A Paris court has issued four decisions, pausing a long-running cholesterol drug battle between MSD and generics in France. Proceedings on the merits in the pan-European dispute are stayed until the Supreme Court decides on the validity of the SPC. The dispute focuses mainly on damages. 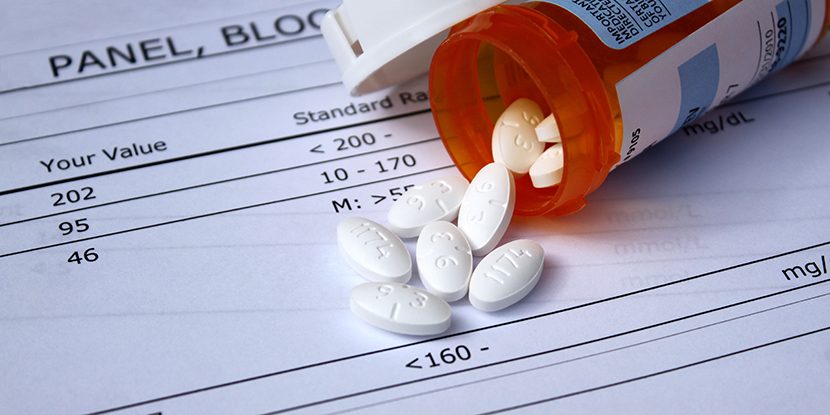 Four decisions issued by the Judicial Court of Paris has paused SPC proceedings between MSD and generics in France. But now the parties are fighting over damages ©Annap/ADOBE STOCK

In France, MSD is currently battling against Mylan, Sandoz, Teva, Biogaran and EG Labo. Recently, the Judicial Court of Paris issued four decisions. For now, the battle between MSD and the generics companies is on hold.

All patent disputes are based on the national SPC for basic patent EP 07 20 599. The SPC protects the combination of ezetimib and simvastatin, on which MSD’s cholesterol-lowering drug Inegy is based.

Meanwhile the SPC (FR05C0040) has expired. The dispute, therefore, focus mainly on the question of damages.

While the first instance Judicial Court of Paris found the SPC valid in several cases, the Court of Appeal came to a different conclusion. It declared the SPC null, such as in the cases MSD against Mylan (case ID: 19/06114), and MSD against Teva (case ID: 18/23642).

Only in MSD against Biogaran did the first- and second-instance courts come to the same conclusion. Here, both courts declared the SPC invalid, subsequently rejecting the originator’s motion for a preliminary injunction.

Meanwhile, Sandoz and EG Labo, the French subsidiary of Stada Group, had stopped marketing their generics until the SPC expired. This followed the first instance ruling of the Judicial Court at the beginning of 2019, which declared the SPC valid.

Judicial Court of Paris for damages

In the cases against Mylan and Teva, MSD appealed the decisions of the Court of Appeal that nullified the SPC. Now these cases are pending before the Supreme Court.

At the Judicial Court of Paris, the parties are fighting parallel over possible damages. In the disputes against Mylan, Sandoz, Biogaran and EG Labo, the first instance court ordered a stay of the proceedings pending the Supreme Court decision with regards to the validity of the SPC.

The 3rd chamber, which deals with IP disputes, not only decided to stay the proceedings. Furthermore, in the proceedings against Sandoz and Mylan, the judges also ordered MSD to destroy the documentation communicated following previous procedural judge’s orders.

It also prohibited the innovator to use these documents, to ensure the party cannot use the documentation in foreign proceedings in the future.

Previously, Biogaran had already successfully fought off a demand from MSD, to produce confidential information. In spring 2020, the Judicial Court of Paris ordered Biogaran to disclose information relating to producers, distributors and importers of its products, as well as the amount and the prices of commercialised products (case ID: 17/17048).

Biogaran appealed this decision. In a ruling from 2 March 2021, the Court of Appeal overturned the order of the pre-trial judge from 2020. It rejected MSD’s claims for disclosure of confidential information by Biogaran. The second-instance judges found that the requested information fell under the scope of trade secrets.

In all cases, MSD relied on Allen & Overy partner Laetitia Bénard, who is known for pharma litigation.

Mylan and Sandoz both counted on Denis Schertenleib, who is regularly active in pharma litigation on the side of generic companies.

Biogaran is a regular client for mixed firm Casalonga. Biogaran not only relies on the team’s litigators in such disputes, but also hires its renowned patent attorneys for EPO filing and oppositions.

August & Debouzy represented Teva in the dispute with MSD. Partners Grégoire Desrousseaux and Francois Pochart led the team, which has long-advised its regular client in the French part of complex pan-European proceedings. This includes against Novartis in the dispute over immunosuppressant everolimus.