Hanwha's patent is valid in 16 European countries, not including the Netherlands. But Rotterdam District Court granted a cross-border injunction for only nine countries ©am/ADOBE STOCK

The ruling from Rotterdam District Court is interesting because the Hanwha patent is valid in 16 European countries, but not in the Netherlands. Nevertheless, the court issued a cross-border injunction for 9 countries. The court also ordered a penalty sum capped at €5 million.

The Rotterdam court did have doubts as to whether the Dutch Longi company directly infringed EP 22 20 689 B1. It nevertheless ruled that the distribution and sale of the solar panels in Belgium, Bulgaria, Germany, France, Liechtenstein, Portugal, Spain, the UK and Switzerland is an unlawful act against Hanwha Q-Cells. Therefore, the judges granted the cross-border injunction for nine countries (case ID: C/10/621252 / KG ZA 21-563).

Should Hanwha Q-Cells now enforce the judgment, Longi would have to cease sales in these countries within one day. It is currently not known whether Hanwha Q-Cells will take this step.

EP 2220689 B1 is valid in 16 European countries, including important markets like France, Italy, Germany, Spain, Switzerland and the UK. Globally it is valid in the US and Australia, but not in the Netherlands. It protects a solar cell with two surface-passivating dielectric layers on a silicon substrate. The aim of the layers is to reduce the efficiency losses of the solar cell, and to significantly increase the output of the solar cell.

Meanwhile Longi has lodged an expedited appeal at the Court of Appeal of The Hague. The court has scheduled a hearing for 20 December 2021. Longi will try to overturn the ruling completely. In the short term, the company also wants the court to withdraw the injunction for Belgium. 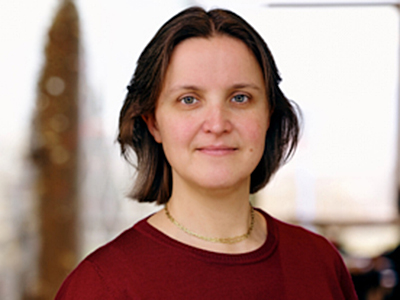 The quick appeal by Longi shows that a lot is at stake for the company, especially the distribution in countries such as Germany, France, the UK and Swizerland.

But even for Hanwha Q-Cells, the ruling is not the full success it had hoped for. The company had originally applied for a preliminary injunction for all 16 European countries. However, the Rotterdam court did not want to grant an injunction for Austria, Croatia, Greece, Hungary, Italy, Romania and Turkey,  because Hanwha Q-Cells was not yet registered as the patent owner in these countries. This could be mainly due to slow registration processes in the countries concerned.

If Hanwha Q-Cells can clearly prove patent ownership in these countries by the time of the appeal proceedings, the appeals court could feasibly extend the preliminary injunction to include more countries than the first instance. Provided they affirm the Rotterdam court’s PI.

In addition, Hanwha Q-Cells is likely to be dissatisfied that the Rotterdam court does not clearly regard Longi as a patent infringer. Therefore, it is likely that the Korean company will also appeal the ruling.

The two solar panel manufacturers had already faced each other in court in the Netherlands in the summer. Hanwha Q-Cells had applied for, and initially been granted, a far-reaching seizure of Longi products. Several hundred containers of Longi products destined for the European market are said to have been seized.

In June, the Rotterdam court granted leave for Hanwha to perform an evidentiary and product seizure against Longi Netherlands (case ID: KG RK 21-499). Thus, Hanwha seized evidence, such as solar panels, at the expense of Longi Netherlands. A main focus of its seizure was Odin Warehousing & Logistics.

Then in July 2021, the judge in preliminary relief proceedings lifted the seizure of the products on solar panels destined for countries where Hanwha is not the patent holder, and on solar panels located outside of Odin’s premises, including the company’s storage locations in the Netherlands.

Following this, the Court of Appeal in The Hague lifted the product seizure in full in September, but upheld the evidence seizure (case ID: 200.297.571). The joy on Longi’s side over this success lasted only a little over two weeks, however, until the court issued the current cross-border injunction.

Patent in many proceedings

The first European judgment in this global dispute over solar panels was already handed down in Germany in June 2020. A first instance decision at the Regional Court of Düsseldorf found that Longi, along with Jinko Solar and REC Group, had infringed the German part of European patent EP 689.

In the decision, the judges concluded that the three defendants had distributed solar modules containing specific solar cells, which use the technology covered by EP 689. Furthermore, the court found that the three parties distributed the solar modules without a prior licence agreement with Hanwha’s Q-Cells. The Higher Regional Court of Düsseldorf has not yet made a final decision on Longi’s request to appeal.

Then, in February 2021 Hanwha performed an evidence seizure in France (saisie-contrefaçon) at a 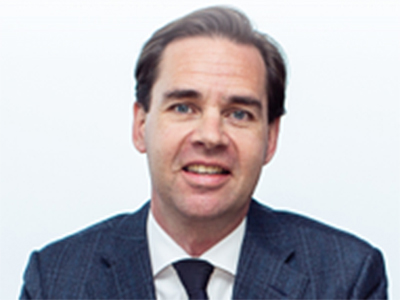 Longi Netherlands customer, S.A.S. Systosolar. Subsequently, in March 2021, Hanwha brought infringement proceedings before the Paris district court against Longi Netherlands, Longi Germany and Longi Hong Kong, as well as Systosolar. The court heard the first case in May and the second in early October.

Parties are conducting parallel patent proceedings not only in the Netherlands, France and Germany but also in Australia and the US, at the District Court of Delaware. The two companies are also battling in opposition proceedings before the European Patent Office.

Hoyng ROKH Monégier is working for Hanwha Q-Cells with a functioning cross-border approach. The Düsseldorf office already secured its first success against Longi and two other competitors at the Düsseldorf Regional Court in summer 2020. Here, partner Martin Köhler is leading the proceedings and coordinating the Europe-wide action against Hanwha Q-Cells’ competitors. The company is also working with partners from Hoyng ROKH Monégier in Amsterdam and Paris. The Dutch proceedings are led by Theo Blomme.

Nauta Dutilh partner Anne Marie Verschuur and her team came to client Longi on the recommendation of German IP firm Grünecker. Grünecker is representing Longi in the German proceedings.