After a short but intense dispute with patent lawsuits filed on both sides, the computer chip manufacturers Globalfoundries and TSMC have reached a worldwide settlement. This was announced by the two companies today.

Globalfoundries and TSMC have agreed on a global licence, ending all disputes and claims ©gen_A/ADOBE STOCK

Globalfoundries and TSMC clashed in late summer when Globalfoundries sued the Taiwan Semiconductor Manufacturing Company (TSMC) in the US and Germany over 16 patents. At the end of September, TSMC fought back with suits concerning 25 patents.

But the suits are history, before the court heard even one case. The manufacturers have announced the creation of a global cross-licensing agreement. This includes all of the current patents held by the two companies, as well as any other patents filed in the next ten years.

Globalfoundries and TSMC are also withdrawing all claims worldwide. This includes actions against customers.

At the end of August, Globalfoundries filed patent suits against its Taiwanese competitor. This included 19 of TSMC’s major customers and downstream electronics companies. The list of defendants includes such prominent names as Apple, Broadcom, Cisco, Google, Motorola, Nvidia and Qualcomm.

The US company filed the lawsuits with the US International Trade Commission (ITC), the US Federal District Courts in Delaware and the Western District of Texas. The company has mainly directed its US lawsuits against TSMC. However, in Düsseldorf, Globalfoundries is suing Apple’s US parent company and Qualcomm over three patents.

Similarly, in Mannheim, Globalfoundries has filed suits against Apple’s German distributor over three patents, and EBV Elektronik over two patents. EBV is a German wholesaler of electronic components and a subsidiary of Avnet. 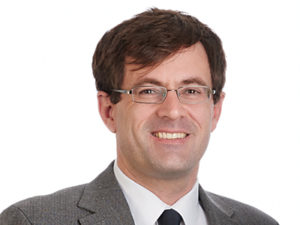 In total, ten patents were in dispute between the two competitors at German courts.

Since none of the suits on either side have been successful up to now, the settlement is likely an attempt to de-escalate the dispute and avoid lengthy litigation. According to sources, further lawsuits were in the pipeline.

For the lawyers, the settlement between Globalfoundries and TSMC may not come as a surprise. Both sides prepared intensely for the lawsuits. However, now the dispute is over before it had really begun. It had the potential to become one of the world’s most comprehensive patent litigation cases of the last ten years, with numerous co-litigants. This made the case particularly interesting and lucrative for the legal industry.

A few weeks ago it became known that TSMC was being advised in Germany by a team around Marcus Grosch from Quinn Emanuel Urquhart & Sullivan.