Johnson & Johnson subsidiary AMO may no longer sell some of its products for ophthalmic surgery in Germany. Hamburg Regional Court has now upheld a suit brought by the medical device manufacturer Alcon. This is the first success in a series of cross-border proceedings concerning patents for laser technology. 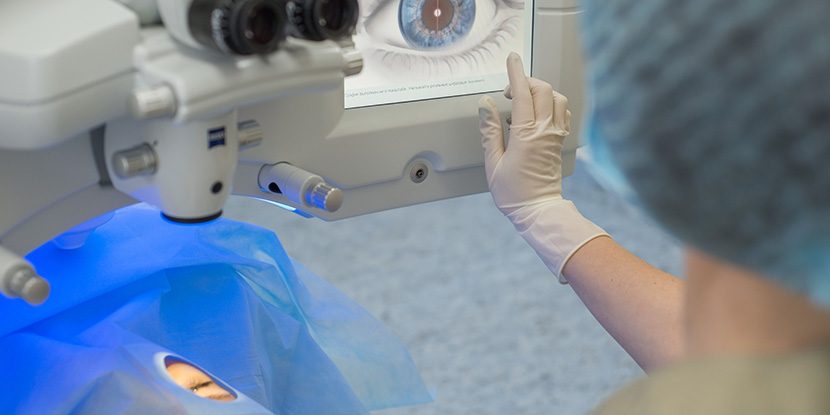 The technology is used, for example, in the treatment of cataracts. In an increasingly aging society, cataract surgery is an important field in medical technology. The British Journal of Opthalmology estimates around ten million operations are performed worldwide every year. Therefore, the patents-in-suit are of great economic importance for both parties.

Current proceedings are underway in Germany, the UK and the US. In a first decision in the case, Hamburg Regional Court found Alcon’s patent EP 2 926 780 to be infringed. As a result, the court issued an injunction and ordered AMO to pay damages, provide information and render accounts (case ID: 327O 321/20). However, this is only a first win in the cross-border dispute.

Kick off in USA

Johnson & Johnson (J&J Vision) kicked off the dispute by filing a preliminary injunction against Alcon for copyright infringement at the U.S. District in Delaware to block them from selling their LenSx Laser Systems. In May, the US court denied the injunction request due to lack of urgency. Consequently, Johnson & Johnson then filed a patent infringement suit in Delaware. Alcon, on the other hand, considers its patents infringed by Johnson & Johnson’s Catalys Precision Laser and responded with a counterclaim at the same court.

At the same time, AMO filed infringement suits first over two of its patents at Mannheim Regional Court and the High Court in London. Later, the company extended the suit at Mannheim to include two more patents, EP 234 and EP 379. Oral hearings in both countries are scheduled for autumn 2021.

An earlier date for the oral hearing in Mannheim regarding EP 861 had previously been postponed pending the outcome in a parallel appeal against an opposition at the EPO.

In Germany, Alcon responded by filing infringement suits over its four patents at the Regional Court Hamburg in October 2020. The court’s latest ruling represents the first decision in the European proceedings.

EP 780 concerns tissue fragmentation by means of laser photodisruption. In a brochure and an operating manual, AMO describes its laser system Catalys and the performance of a cataract operation with the product in detail. Alcon accuses the defendant of literally making use of the technical teaching of its patent.

However, the defendant rejected the allegation of infringement. In parallel to the proceedings in Hamburg, AMO filed a nullity suit against the patent at the Federal Patent Court in February 2021.

Nevertheless, the court saw no reason to stay the infringement suit pending a decision in the nullity case. AMO appealed against Hamburg Regional Court’s infringement judgment. Meanwhile, the plaintiff Alcon enforced the judgment with respect to information and injunction.

In addition, opposition proceedings against AMO’s EP 861 and EP 528 patents were ongoing at the EPO. In August, the Opposition Division upheld EP 861 on a limited basis. The first opponent, Carl Zeiss Meditec, appealed the decision. Alcon joined the appeal as co-litigant. However, prior to the oral hearing before the Boards of Appeal, Carl Zeiss and AMO reached an agreement, and the EPO therefore terminated the case. As a result, Alcon filed a nullity suit at the Federal Patent Court against the German part of EP 861. 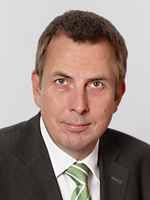 Johnson & Johnson and AMO filed oppositions to Alcon patents EP 827 and EP 436 at the EPO. In May, the Opposition Division rejected the opposition to EP 436.

Meanwhile, a parallel nullity suit by Alcon against both AMO patents in the Netherlands came to nothing, as the patent owner waived the Dutch parts of its patents.

First time all round

This was the first time Vossius & Partner acted for Alcon. Kirkland brought in the team led around Kai Rüting and Wolfgang von Meibom. The US firm is advising the client in the US and UK proceedings. This is also the first time Kirkland has acted for Alcon; the instruction came through close contacts with in-house lawyers. The latter knew the Kirkland team from their time at Novartis, from which Alcon spun off in 2019. Kirkland has been advising Novartis for years.

The US firm is coordinating the cross-border proceedings and brought in Vossius & Partner in Germany. It has a long-standing partnership with the mixed law firm. For example, the two firms worked together in the dispute between BAT and Philip Morris over patents for heat-not-burn e-cigarette technology.

For the Dutch nullity case, Kirkland called in Brinkhof. The Dutch law firm has a close working relationship with Vossius.

In the infringement proceedings in Hamburg, Munich patent attorney Markus Breuer advised on technical details. Furthermore, he is active in the opposition against the AMO patents. However, for the EPO opposition case against its own patents, Alcon relies on a team from Wuesthoff & Wuesthoff. The firm took over the case in spring 2020 from the Irish patent attorney firm Hanna Moore & Curley.

In the opposition suit against EP 436 the Carpmaels team is representing the US parent company Johnson & Johnson Surgical Vision. Furthermore, the firm is acting for AMO in the UK High Court case.

In the nullity proceedings in the Netherlands, Simon Dack, a partner dually qualified as a lawyer and patent attorney and co-founder of Hoyng ROKH Monegier, represented AMO.

In the US, a team led by Washington IP litigators Michael Morin and Roger Chin of Latham & Watkins represents Johnson & Johnson and coordinates the proceedings worldwide.