The EPO Opposition Division has revoked a CRISPR patent, part of the Sigma-Aldrich patent portfolio, for lack of inventive step. The revocation is significant, as it is the first time the EPO has substantially addressed the issue of inventive step in the wider dispute around CRISPR patents. Now all eyes are on the EPO as the next CRISPR/Cas chapter unfolds. 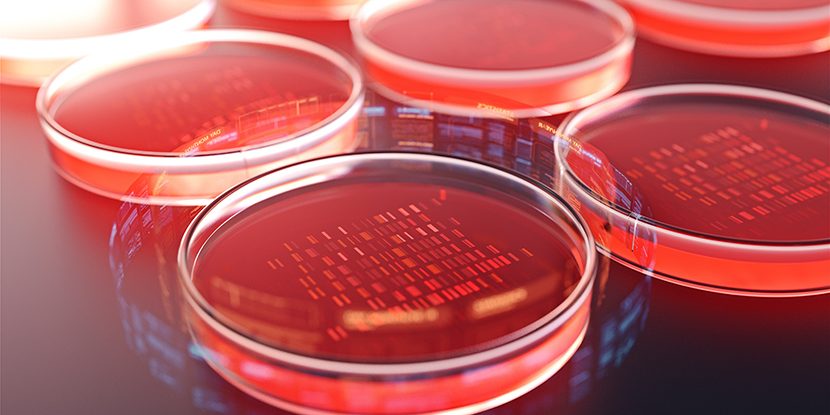 The EPO Opposition Division has revoked a patent from Sigma Aldrich's CRISPR patent portfolio, for a lack of inventive step - the first decision to depart from the usual ruling on priority ©Connect world/ADOBE STOCK

Recently, patent oppositions to applications concerning the ground-breaking CRISPR/Cas gene editing technology have dominated European Patent Office proceedings. On Wednesday, the EPO Opposition Division revoked a patent owned by US biotechnology company Sigma-Aldrich, for lack of inventive step. EP 31 38 910 B1 is just one in a family of six CRISPR patents from the Sigma-Aldrich portfolio.

This is a departure from previous proceedings, which focused almost solely on priority. However, for Sigma-Aldrich, the revocation is another hurdle in the race to patent the CRISPR technology in human cell conditions. JUVE Patent is not yet aware if  the patent holder will appeal the decision.

CRISPR has come to prominence in recent years due to its many potential applications. CRISPR, or ‘Clustered Regularly Interspaced Short Palindromic Repeats’ is specialised strands of DNA. Cas9 is a protein capable of cutting these DNA strands.

CRISPR can combat many chronic infectious diseases such as hepatitis C or HIV. The technology is also used to improve crop varieties easily and efficiently, although not uncontroversial given its ethical implications. However, its continued development promises a global business worth billions. This explains the wide interest in CRISPR cases, and their sheer number of opponents at the EPO.

Race for a CRISPR patent

Such is CRISPR’s potential impact on future organism gene editing that, in October 2020, the Royal Swedish Academy of Sciences awarded Jennifer Doudna and Emmanuelle Charpentier the 2020 Nobel Prize in Chemistry for their discovery.

Doudna and Charpentier first published the relevant papers around their CRISPR discovery in June 2012. Since then, the EPO has seen high levels of patent filing around the technology and its application. These are so-called ‘successor patents.’

Indeed, three high-profile companies concerned with filing CRISPR successor patents are Sigma-Aldrich, the Broad Institute, and South Korean company Toolgen. All parties have taken the original CRISPR/Cas technology and transferred it to human cells. However, the EPO revoked Sigma-Aldrich’s EP 910 for lack of inventive step over the original Doudna/Charpentier published work.

In February 2020, the EPO’s Opposition Division also dismissed objections to EP 2 800 811 B1, upholding the patent in its original form in May 2020. Therefore the owners, the University of California (Berkeley) and University of Vienna, and the main inventors, Jennifer Doudna and Emmanuelle Charpentier, provisionally enforced their claim for European protection for CRISPR.

In the latest proceedings, the EPO Opposition Division denied Sigma-Aldrich a new patent for this development, as well as revoking patent EP 910 B1 for lack of inventive step. The result is significant, because it remains the sole hearing in the CRISPR/Cas story where the proceeding did not centre around priority.

For example, in January 2020, EPO Technical Board of Appeal 3.3.08 found the Broad Institute’s EP 2 771 468 invalid, due to EP 468 lacking novelty based on an invalid priority claim. However, Board 3.3.08 took eleven months to release its judgment. As such, in the intervening time period the issue of priority became a hot topic among patent attorneys, as well as at the EPO.

Regarding inventive step, however, the EPO has also issued two preliminary opinions along with the summons for two further upcoming cases. Both deny the parties have inventive step over the initial publication. The EPO will hear the first case, involving applicant Toolgen and EP 2 912 175 B1, from 22 – 25 June 2021. The second case, which involves prolific CRISPR patent applicant the Broad Institute, is scheduled to be heard on the 16 and 17 November 2021. The latter case involves EP 29 21 557 A1.

Neither opinion will have a bearing on the eventual outcome of the hearings. On the other hand, patent attorneys say it is unlikely that the result of either case will differ too widely from the initial opinion, given the opinions are based on the decision handed down in EP 910.

Opponents from all corners

In the CRISPR patent actions, most opponents are so-called straw men. Only German company BASF AG, with Eisenführ Speiser on its side, openly took part in the dispute. US company Caribou Biosciences was also present at an early stage with Munich patent attorney Martin Grund, but withdrew its opposition. The same applies to the UK patent law firm HGF, which was for a time also active as a strawman. In the proceedings over EP 910, Cooley did not attend.

Martin Grund is one of the most prominent figures in the CRISPR/Cas proceedings. Grund also represents Detmold lawyer Claudia Rahmstorf as an opponent, and he was present in other proceedings against patents of the Broad Institute.

The same applies to the Sigma-Aldrich patent’s other opponents. Munich patent firm Vossius & Partner filed the first opposition in December 2017, although here JUVE Patent is unaware on whose behalf the firm is acting. However, Hans-Rainer Jaenichen’s team was active for CRISPR Therapeutics in the oppositions against patents of the Broad Institute.

Ultimately, 46 participants joined in the video hearing. According to those present, no party reported any technical issues. (Co-author: Mathieu Klos)