Eli Lilly wins against generics in Germany in pemetrexed dispute

Eli Lilly has achieved a ban on the sale of imitation pemetrexed products in Germany, in the ongoing dispute over its cancer drug Alimta. Following the recent decision in the nullity suit by the Federal Court of Justice, the Regional Court Munich issued preliminary injunctions against generics companies Stada, Zentiva and Hikma. 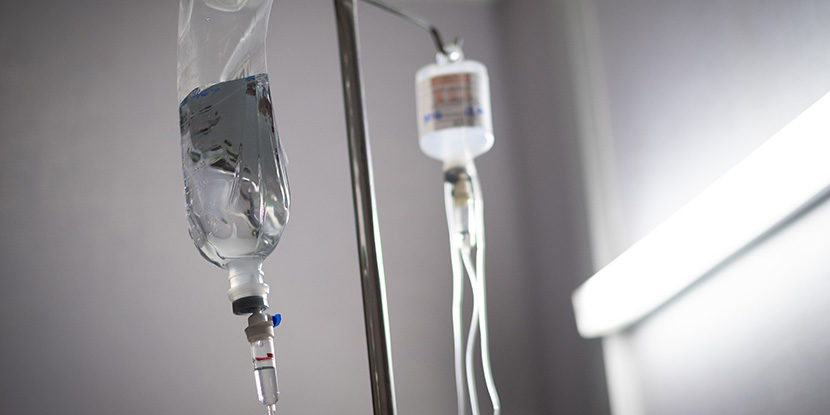 In July, the Regional Court Munich has issued preliminary injunctions against generics companies Stada, Zentiva and Hikma, in another win for Eli Lilly over pemetrexed. ©wirul/ADOBE STOCK

Following the decision by the Regional Court Munich, generics companies Stada, Zentiva and Hikma may no longer sell their imitation products with active ingredient pemetrexed on the German market.

For years, Eli Lilly has battled with various generic manufacturers over the infringement and validity of its patent EP 1 313 508. The patent protects the use of the disodium salt of pemetrexed in combination with vitamin B12. Eli Lilly’s drug is marketed under the brand name Alimta and is used in palliative chemotherapy for certain advanced forms of lung cancer.

At the beginning of July, the Federal Court of Justice ruled that EP 508 is valid (case ID: X ZR 150/18). With this decision, the court overturned the decision of the Federal Patent Court of July 2018. In doing so, the court turned the tide for generic companies that had introduced their products in Germany after the lower court’s nullity verdict in 2018.

Furthermore, after the next update in mid-August, the Munich-based IFA will no longer list generic drugs in its database. The IFA is an information service provider for the German pharmaceutical market which maintains an online database containing information on the medicinal products and pharmaceuticals available in Germany. However, products that the IFA database does not list cannot be sold through pharmacies.

Immediately after the decision of the Federal Court of Justice earlier in July, US originator Eli Lilly filed for preliminary injunctions against the three generic drug manufacturers at the Regional Court of Munich (case IDs: 21 O 8568/20, 21 O 8569/20, 21 O 8570/20).

The defendants’ imitation products use the active ingredient pemetrexed diarginine. The generics producers argue that this formulation does not infringe the original patent of Eli Lilly, which protects the form with disodium salt of pemetrexed.

However, previous generic products with other forms of pemetrexed, for example the dipotassium salt of pemetrexed, have failed in court because of equivalent patent infringement. Therefore, in Munich, the judges assessed the use of pemetrexed diarginine in a similar way. The court then granted all three of Eli Lilly’s applications for preliminary injunctions.

This is unlikely to be the end of the dispute over the cancer drug. EP 508 will expire in mid 2021. However, the generic drug manufacturers have been on the market with their imitation products for around two years – so the question of compensation remains. Currently, parallel proceedings are also pending in the Netherlands, Spain, Italy and Scandinavia.

To comply with the current spacing regulations, the oral hearings on 23 July took place in courtroom A 101 of the Criminal Justice Centre. With 250 seats, courtroom A 101 is the largest hall of the Munich justice system.

Then there were three

All advisors maintain long-standing contacts with clients, with the advisors accompanying the clients in almost all cases since the proceedings began.

Hexal relied on a team of lawyers from Taylor Wessing and patent attorneys from Lederer & Keller in infringement suits and the nullity suit before the Federal Court of Justice. However, the company did not feature in the series of preliminary injunctions.

The mixed team at Bird & Bird acts for several generic companies in the dispute over pemetrexed. A team led by patent attorney Michael Alt and litigator Anna Wolters-Höhne supported Fresenius in the nullity proceedings.

At the same time, the Düsseldorf partner and litigator Oliver Jüngst advised Stada, working together with patent attorney Thomas Kernebeck.