The Court of Justice of the European Union has issued its final decision in the Santen case, regarding supplementary protection certificates. The CJEU's decision means that SPCs are not eligible to cover second medical use products. However, some patent lawyers are concerned the decision could disincentivise research into new uses of existing pharmaceutical products. 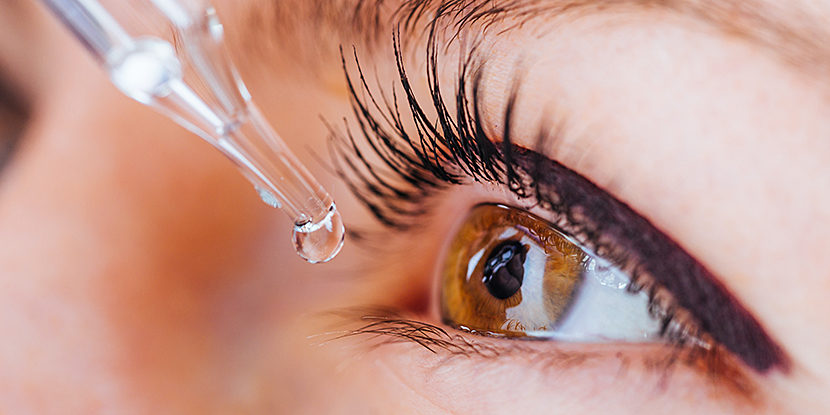 The CJEU rejected an appeal by Santen following a referral from the Paris Court of Appeal. Amid concerns regarding future innovation, the decision goes someway towards clarfiying SPC case law in Europe ©ShutterDivision/ADOBE STOCK

Last week, the CJEU handed down an eagerly-anticipated decision in the referred Santen case (C‑673/18). In the judgment, the CJEU clarifies that patent offices and courts cannot grant SPCs in the case of a new medical use for an existing product. The decision stands in contrast to the CJEU’s previous decision in Neurim (C 130/11) regarding SPCs. Now courts can have a more consistent case law across Europe.

However, some patent lawyers have expressed concern that the decision might constrain innovation for second medical use products. Some pharmaceutical companies might also have to review their portfolios and existing filing strategies.

Originally, Japanese pharmaceutical company Santen filed an SPC application for an eye drop emulsion, and a marketing authorisation for Ikervis. The latter product uses the eye drop emulsion, which uses active ingredient ciclosporin. Santen based its SPC application on EP 18 09 237. However, the French Patent Office (INPI) refused the SPC application on the basis of the existence of an earlier marketing authorisation for product Sandimmun, granted in 1983. Sandimmun’s active ingredient is also ciclosporin.

The INPI argued that Santen failed to comply with Article 3(d) of the EU’s SPC regulation. This states that an existing product is not eligible for an SPC, if said product already has a marketing authorisation.

Santen then appealed to the Paris Court of Appeal on the grounds that Sandimmun is covered only by the basic patent. Santen also argued that a difference in the drug’s administration qualified it for SPC consideration. The court referred the case to the CJEU, and the Advocate General of the CJEU published a non-binding opinion in January 2020.

Now, the CJEU has definitively rejected the appeal, thus upholding the Advocate General’s opinion. The Advocate General has left it to policy makers, rather than individual courts, to update existing regulations.

In November 2018, the Paris Court of Appeal referred the Santen case to the CJEU. The Paris Court of Appeal sought clarity on how to apply Article 3(d) of the EU SPC Regulation in the Santen case. Specifically, the court asked the CJEU to clarify which types of new authorisation qualifies as a new application and can therefore benefit from an SPC. The French court also sought clarity on the necessary scope of a basic patent, in order for it to meet the test set out in the case over Neurim.

In the 2012 case over Neurim the CJEU determined that, despite Article 3(d), pharmaceutical companies could obtain an SPC for a different application of an existing product, even if that product already has a marketing authorisation. However, since the Neurim judgment, it has been subject to debate exactly what constitutes a ‘product’.

The SPC Regulation exists to afford an extended period of patent protection for patentees. Usually, patents protect an invention for 20 years. However, the amount of time it takes for products to gain marketing authorisation means SPCs extend the lifespan. The maximum amount of time is five years. The few years have seen changes to SPC regulation making headlines, for example in early 2019 concerning the passing of the SPC manufacturing waiver.

But the consternation around Article 3(d) had caused some uncertainty among pharmaceutical manufacturers. For some years now, pharmaceutical companies have sought clear guidance on how exactly to interpret Article 3(d). This is because the CJEU decision acted more as a guideline for courts and offices under its jurisdiction to interpret how they wish. Now, however, the CJEU has set out a much more straightforward interpretation of the article.

While the current judgment has ruffled some feathers, in abandoning the earlier Neurim judgment the CJEU sets out a clear guideline for courts to interpret Article 3(d). Previously, the courts and patent offices had taken no uniform approach. Furthermore, the 2018 UK Supreme Court’s decision on second medical use patents in the case between Warner-Lambert and Actavis/Mylan had caused uncertainty in how to enforce second medical use.

On the other hand, different industry players still have different views. Some patent lawyers view the current incentives as not fit for purpose. A French patent lawyer says, “There is still uncertainty around enforceability. More regulatory incentives are needed, but the case law must strike a balance between incentivising innovation and ensuring pharmaceutical companies can produce affordable medicine.” Another UK lawyer adds, “The CJEU has not gone into the policy implications.”

The CJEU has another decision pending regarding Article 3(c) and Switzerland-based healthcare company Novartis. The referral concerns Novartis’ antibody drug Ilaris. It will clarify whether the company can obtain an SPC for a second medical use product, as well as a second marketing authorisation. Currently, Novartis’ SPC for Ilaris will expire in 2024. If the SPC is granted, this extends the SPC until 2028.

The referral arises due to a disparity between the SPC Regulation for Plant Products, and the SPC Regulation for Medicinal Products. The former states that the same product can hold two SPCs in the event that two different parties hold an independent patent for the product. On the other hand, the latter regulation states that if a patent holder has more than one patent for a product, it is not eligible for mutliple SPCs.

The existing SPC Regulation is approaching 30 years of existence. The European Commission is currently reviewing if it remains fit for purpose. Despite the latest Santen decision, some patent lawyers speculate that the CJEU has a way to go before a consistent and aligned SPC case law is in place.