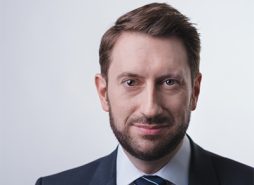 Alexander Haertel has moved to German mobile communication provider Deutsche Telekom. Since 1 November, he has overseen all the company's patent issues as Cluster Lead Patent, including patent litigation and prosecution as well as the company's future UPC strategy. Haertel previously worked as a lawyer for 20 years, in summer 2020 moving to Bardehle Pagenberg, which was looking to strengthen its Düsseldorf office. Previously, Haertel was a founding partner of IP boutique Kather Augenstein, which in 2015 spun off from Preu Bohlig & Partner. At his new company, Hartel succeeds Stephan Altmeyer, who led Deutsche Telekom's patent team for many years. As Tribe Lead and Vice President Patent & Brand, Altmeyer is now responsible for the entire IP area of the company. Under his leadership, Deutsche Telekom had modernised its patent department and successfully defended itself against an increasing number of lawsuits filed by NPEs. For this, JUVE Patent awarded the IP department the JUVE In-house Team of the Year Award in 2018. Altmeyer was also one of the industry voices that had called for more discretion for German patent judges in suspending the automatic injunction. This led to an amendment to the German Patent Act in 2021. 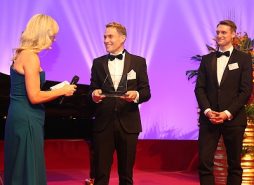 Last Thursday, at the Frankfurt Opera House, JUVE presented its annual awards for German law firm and In-house teams across 18 different categories. The 2022 winner of IP In-house Team of the Year went to BioNtech for the remarkable growth strategy of its IP department over the past three years.

Matthias Bornhäusser has taken on the role of director of intellectual property across Europe for Samsung subsidiary, Harman. Previously, Bornhäusser was associate director of legal and intellectual property matters for US heating and cooling manufacturer, Carrier, where he was responsible for all Carrier business units in the Europe Middle East and African (EMEA) region in IP. Bornhäusser began his career as a IP lawyer, starting his journey at the Düsseldorf office of full-service international firm, Bird & Bird, where he remained for more than five years. Later he took on a role of an asscoiate for IP litigation boutique Klaka, where he spent another two years in the Düsseldorf office before moving to Carrier.

Nassib Abou-Khalil, the chief legal office at Nokia, has announced he will leave the firm after eight years. Although not directly involved in Nokia’s patenting or licensing activities, Abou-Khalil has been vocal in several of the company’s strategies, most obviously in its diversity programmes. The company’s IP and licensing falls under a separate department, with Nokia’s legal department playing a supporting role towards Nokia Technologies. It is the latter which includes the company’s IPR and licensing department. The company has not yet appointed a successor. 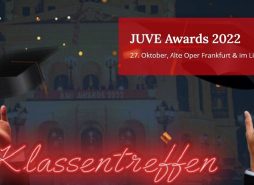 JUVE has now revealed the shortlist for the JUVE Awards Germany 2022, including the nominees for JUVE IP In-house Team of the Year. On 27 October, the winner will be awarded a trophy at a ceremony in the Frankfurt Opera House. The JUVE Awards cover Germany only. The winner is selected from five nominees, singled out for their outstanding work and dynamic growth. Judges consider the teams in both soft IP and the patent field.

Patent pool Avanci has announced Marianne Frydenlund as its newest vice president. She joins the company following more than four years at Nordic Semiconductor as senior vice president of legal and compliance. Taking over the position on 1 August, Marianne Frydenlund has said that her new role will focus on developing and leading new licensing programs for the Internet of Things (IoT) beyond the automotive industry. Previously she was involved in concluding a major licensing deal when Huawei and Nordic Semiconductor entered into a global FRAND licence agreement, through which Nordic gained access to Huawei’s standardised cellular technology. Frydenlund’s appointment comes after it was announced that in September Avanci will increase its 4G licence fee for future additions to its portfolio of auto brands. Avanci pool member IP Bridge scored a major win recently against Ford at the Reginal Court Munich, as a sales ban forced the car manufacturer to agree to take an Avanci licence.

European and UK patent attorney Miranda Kent is moving from European patent attorney firm Mathys & Squire to an in-house role at appliance manufacturer Dyson. During her nine-year stint at Mathys & Squire, Miranda Kent worked her way up from technical assistant through to managing associate. She also spent the past year and a half as expert in residence at Women of Wearables, an organisation by and for women in the femtech, wearable tech and health industries. Kent now moves to the patent department of Dyson as senior patent attorney. She is experienced in prosecution, infringement and oppositions in the fields of engineering, electronics, medical devices, computing and other technologies, such as communications and networking.

A long-time member of GlaxoSmithKline’s in-house IP team, Michael Lubienski has taken on the role of VP global head of patents with new UK-based healthcare company Haleon, formerly known as GSK Consumer Healthcare. He previously spent 17 years as senior patent counsel at GSK managing bacterial vaccine projects, and represented GSK Biologicals before the EPO. Following a stint as associate general patent counsel at biotech company UCB Celltech, Lubienski returned to GSK where he spent a further five years as VP global head of consumer healthcare patents. The newly-founded Haleon was previously the consumer product division at GSK but demerged from the group in July 2022. The company will focus on consumer health. Lubienski is qualified as a UK and European patent attorney. 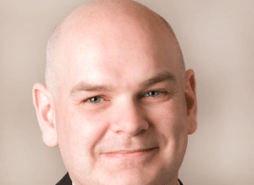 Patent attorney Sean Alexander has moved from Elanco to Chr. Hansen, where he joins a 25-strong IP team as head of global IP strategy and portfolio at the company’s health and nutrition department. His decades-long career in life sciences has spanned a number of companies and firms, including Procter & Gamble, Royal DSM and Canadian law firm Gowling WLG. He recently spent six years at Elanco as managing counsel of patent operations in animal health. 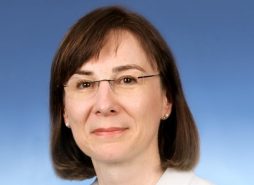 Silke Reinhold is to become the new head of IP at Volkswagen, succeeding Uwe Wiesner who will retire in June 2022. Reinhold is taking over the IP department at a time of profound transformation for Germany’s largest car maker. 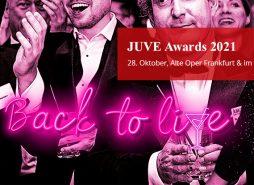 JUVE has announced the shortlist for the JUVE Awards Germany 2021, including the nominees for JUVE IP Law Firm of the Year and IP In-house Team of the Year. This year the JUVE Awards will be presented via livestream under the motto “back to live.” On 28 October, the legal community can celebrate the winners at the Frankfurt Opera House or watch the whole ceremony unfold live on juve-tv.de. 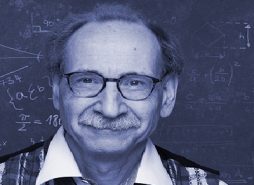 Following Nokia’s connected cars settlement with Daimler, German auto supplier Continental announced its intention to proceed with its lawsuit against the SEP owner. In an interview with JUVE Patent, Roman Bonn, senior VP intellectual property at Continental, explains the reasons behind this decision. 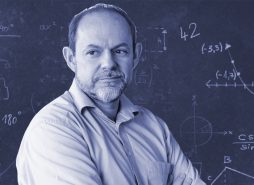 The EPO’s decision to allow compulsory video hearings has caused controversy among some parties. Among them is Bayer, which filed an amicus curiae brief to the Boards of Appeal in response to the G 1/21 hearing. JUVE Patent spoke to Jörg Thomaier, head of IP at the life sciences conglomerate, to hear his suggestions about how the EPO could handle oral proceedings in the future. 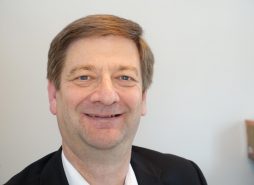 IPCom has named patent attorney Edward Tomlinson as its new head of global IP and litigation at its Munich headquarters. His appointment is part of a wider shift by IPCom, to move its patent practice in-house. 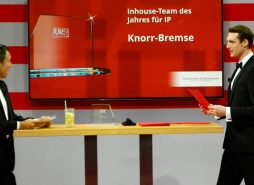 In a corona-compliant video awards ceremony, JUVE named Knorr-Bremse as its In-house IP Team of the Year. A trophy was also awarded to an outstanding German IP Law Firm of the Year 2020. 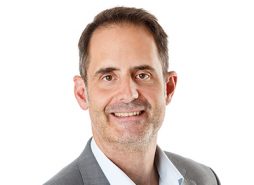 Thyssenkrupp Elevator’s previous head of IP, Stephan Kohlhof, is moving to the same position at Swiss company Interroll. The European patent attorney now heads the IP department at Interroll, which manufactures conveyor belts for the transport of products. 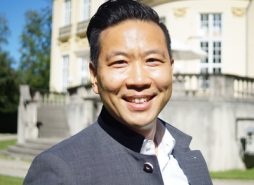 Bernhard Frohwitter has left non-practising entity, IPCom. His successor as managing director is Pio Suh. The change in management is being accompanied by a comprehensive reorganisation of the company’s structure. 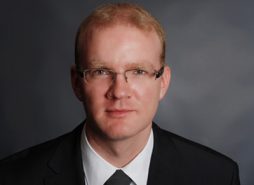 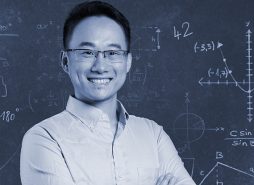 As Xiaomi expands westwards, protecting its patents in Europe is essential to the company’s developing IP strategy. Liu Zhen, senior legal director and head of global litigation at Xiaomi, speaks to JUVE Patent about Xiaomi’s patent prosecution and litigation strategies, its approach to risk management, and why Xiaomi is still optimistic for a functioning UPC.