In the future, a large number of Wi-Fi 6 mobile phones and Wi-Fi 6 products will be available. So what exactly is Wi-Fi 6? Why Wi-Fi 6? How does Wi-Fi 6 affect our user experience? Further, who created this standard and who contributed to which feature? It poses another interesting question, who owns the IP of this new technology? We noticed that this question is getting more attention (https://www.iam-media.com/who-leading-the-wifi-6-patent-race) but is quite challenging to answer.

In this article, we want to shed some light on the standard itself, interesting features of the standard and the respective contributions which will have significant implications in IP industry.

Faster wireless internet access is becoming more and more important as digitalization speeds up in the industrial sector, as well as private, due to the development and spreading of service applications like video conferencing, wireless interactive virtual reality (VR) and mobile learning. The global mobile video traffic is expected to account for a large part of the mobile data traffic by 2020 – not surprisingly in the “untact era”, mainly carried over Wi-Fi. Since these services are sensitive to bandwidth and delay, if the transmission delay is caused by network congestion or retransmission, user experience will be greatly affected. In view of this, Wi-Fi will gain significant importance for industry applications. All industries such as offices, logistics, businesses and smart homes, are heading towards using Wi-Fi exclusively. Already now, Wi-Fi networks are the central hubs of most smart retail, smart logistics and smart office solutions.

Below we will explain a brief history of Wi-Fi technology which has been developing towards Wi-Fi 6.

A brief history of Wi-Fi technology

For two decades, Wi-Fi has changed the way of communication. Wi-Fi is a family of wireless networking technologies based on the Institute of Electrical and Electronics Engineers (IEEE) standard 802.11. Wi-Fi Alliance, the worldwide network of companies developing and implementing Wi-Fi, was founded in 1999 for ensuring conformity and interoperability of Wi-Fi products. The members of Wi-Fi Alliance actively participate in development of the IEEE 802.11 standard by submitting meetings standard proposals for technical features in each task group.

Starting with the introduction of the first version of IEEE 802.11, with a maximum bandwidth of up to 2 Mbit/s in 1997, bandwidth, reliability and accessibility have been improved with each new development step. About every five years, a new IEEE 802.11 standard generation has been introduced, wherein the last three generations are often referred to as Wi-Fi 4, Wi-Fi 5 and Wi-Fi 6.

However, continued development and spread of service applications such as video streaming, wireless office and mobile learning as well as rise of Internet of Things (IoT) has led to an ever-increasing number of Wi-Fi access terminals within wireless networks. In order to tackle the problem of low efficiency of a Wi-Fi network caused by access of more terminals, the IEEE 802.11 working group began with the development of a new standard in 2014. As a result, a nearly final version of the IEEE 802.11ax standard (draft version 6.0) was released in the last year. The draft version 6.1 (released in May 2020) included minor revisions to version 6.0 and a final version is expected at the end of 2020. Its short name “Wi-Fi 6” was introduced by Wi-Fi Alliance to be used as industry designation for products and networks supporting the technology.

The following table summarizes the evolution of Wi-Fi standards by showing maximum data rate and frequency of each of them: 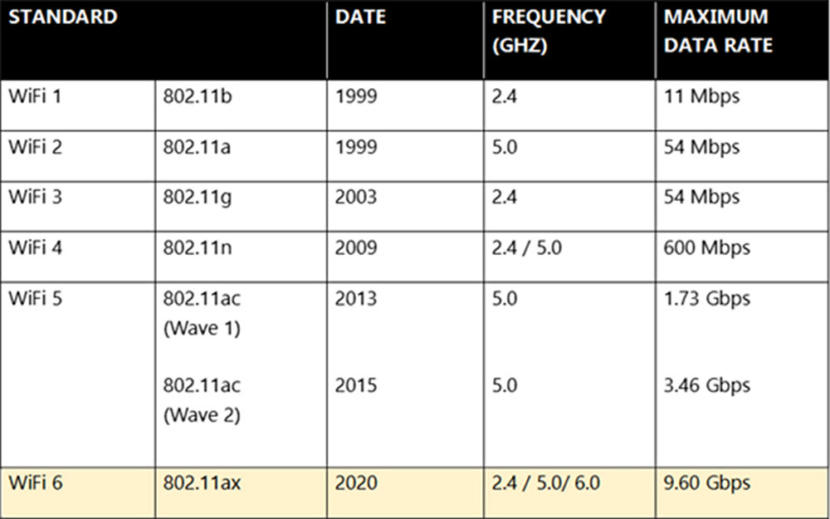 Table 1: The evolution of Wi-Fi standard

The existing Wi-Fi 5 (802.11ac) network can provide a large bandwidth. However, as the access density increases, throughput performance encounters a bottleneck. A big step forward was made in the development of wireless access by the latest Wi-Fi generation, Wi-Fi 6 (802.11ax). With a number of technical innovations, Wi-Fi 6 sets a new standard in terms of speed, reliability and accessibility, widely replacing the previous generation. In particular, the Wi-Fi 6 (802.11ax) network uses technologies such as OFDMA and UL MU-MIMO to ensure that these services are more reliable than before. In addition to a larger access capacity, the network can balance the bandwidth of each user.

Wi-Fi 6: Bringing efficiency and capacity to another level

A new level of efficiency and capacity is achieved with Wi-Fi 6 by introduction of two key features among others: orthogonal frequency division multiple access (OFDMA) and uplink Multi-User MIMO (UL MU-MIMO) (https://www.wi-fi.org/downloads-public/Wi-Fi_CERTIFIED_6_Features_Graphics_0.zip/36329).

Due to these innovations is not only a maximum bandwidth of up to 9.6 Gbit/s achievable, but also an average bandwidth sufficiently high for various applications on a large scale with a larger number of Wi-Fi access terminals. For instance, wireless applications like 3D diagnostics, 4K video streaming, virtual reality, augmented reality and video conferencing with multiple Wi-Fi access terminals become feasible, as shown in Fig. 2. 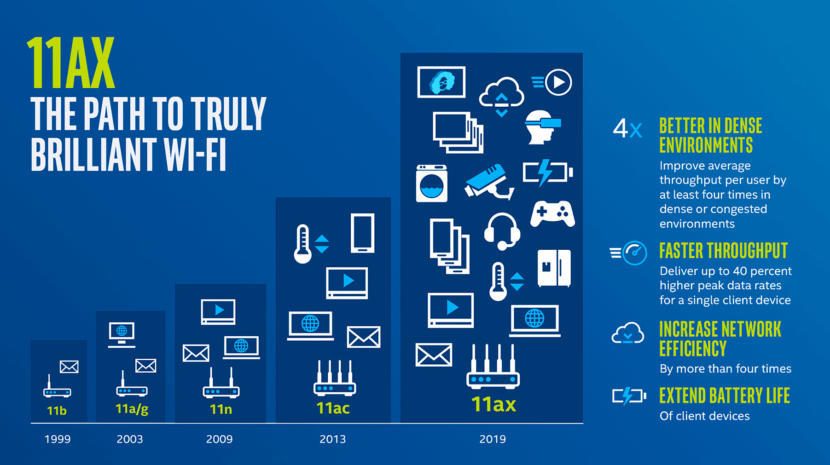