The German Bundestag has finally voted with a broad cross-party majority in favour of the UPC law. From the German government and parliament's perspective, this puts the UPC on a fast track to launch. But some parties are still considering filing another constitutional claim against the UPC. Clearly, not all concerns are off the table. 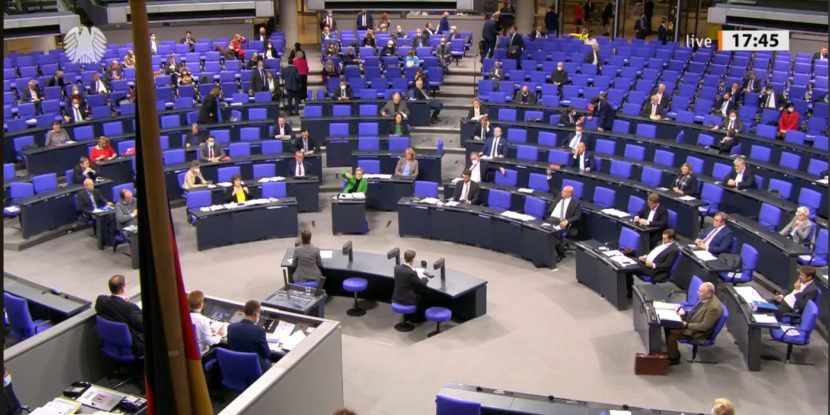 Yesterday, the German Bundestag voted on the UPC legislation, passing it through with 88% in favour ©Screenshot Deutscher Bundestag

Yesterday, the German parliament (Bundestag) delivered the two-thirds majority required to pass the Act of Approval to the Agreement on a Unified Patent Court. This amount fulfils the demand of the German Federal Constitutional Court, passing the UPC law. For many observers, the ball is back in the UPC’s court.

However, critics note that the court’s ruling also addresses other points. Again, these could give rise to further constitutional complaints.

Responding to the earlier ruling of the German Federal Constitutional Court on the UPC law, the federal government had announced its aim to pass the law again during this legislative period. This political will is now followed by action.

Yesterday evening, the German Bundestag approved the law with 88 percent of the votes. Thus, the parliament easily achieved the two-thirds majority required by the court. In addition to governing parties CDU/CSU and SPD, members of the FDP, the Greens and the Left Party also voted in favour.

Such a broad majority is important, because federal state representatives in the Bundesrat (the second chamber) must also approve the bill by a two-thirds majority. Different party coalitions govern the federal states.

The next step is the vote in the Bundesrat, expected at the end of December. Following this, federal president Frank-Walter Steinmeier must sign the law in order for it to enter into force. Here, the law failed at the first attempt. Due to a pending lawsuit at the German Federal Constitutional Court, the federal president had expected the signature to be valid until the ruling.

The government introduced the law yesterday without any substantial changes. It focused on the Constitutional Court’s demand that the law requires a two-thirds majority. But opinions differ as to whether this would remove all obstacles.

Yesterday, the organisation Foundation for a Free Information Infrastructure (FFII) took a combative stance, calling on companies to join forces with it to file a constitutional claim.

Furthermore, the plaintiff of the successful first constitutional claim also continues to follow the ratification process on their website. Following the Constitutional Court ruling in March, they too had speculated on a company’s claim.

However, if everything runs smoothly, the Provisional Application Period could start in the first quarter of 2021. This means the Unified Patent Court could finally start in 2022. (Co-author: Konstanze Richter)