After many delays and deliberations, there is renewed hope in the patent community for a fully-functioning UPC. Now Alexander Ramsay, head of the UPC Preparatory Committee, predicts that the court will soon come to fruition. Last week a judge at the German Constitutional Court confirmed that the complaint filed against the UPC three years prior would finally be decided in early 2020. Speaking to JUVE Patent, Ramsay explains how the UPC committee has used this delay to its advantage, and why he's confident the UK will remain part of the ambitious European patent project. 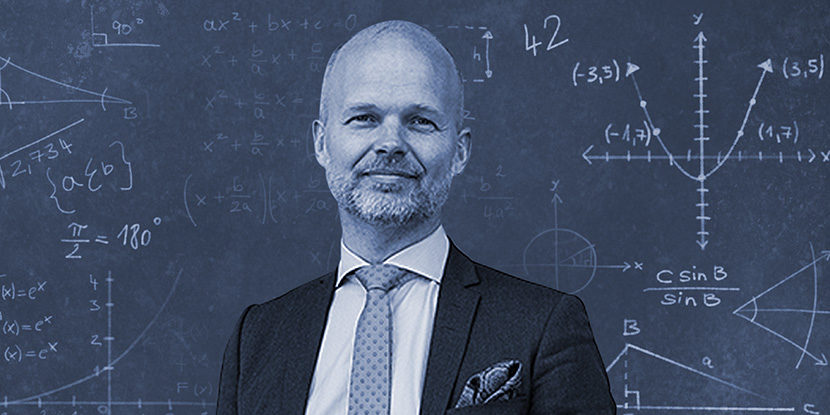 Alexander Ramsay is currently leading the preparations for the UPC. As deputy director of Sweden‘s Ministry of Justice, he has been involved in the negotiations for the EU patent directive since 2008 ©P.Venus/Capital Headshots Berlin/JUVE

JUVE Patent: Last week, the patent community was surprised by the interview with constitutional judge Peter Huber concerning the UPC case. What does his recent statement mean for the UPC?
Alexander Ramsay: We are eagerly awaiting the judgment, so any indication that it might be coming soon is encouraging. Judge Huber said the German Constitutional Court is likely to decide in the first quarter of 2020 and that’s very good news because it’s fast approaching.

If the court decides in favour of the UPC, how long will it take for the UPC to begin?

How successful has the recruitment of UPC judges been?
We opened up the recruitment process in summer 2016 and between 800-900 people applied. Then we opened up another window of opportunity to apply this summer and we got an additional 100 plus, so now it’s more like 900-1000 applicants. We assess that we will need to appoint approximately 50 legally qualified judges and 50 technically qualified judges. That is what we deem to be required for the first phase. This means we’ll interview somewhere in the region of 250 candidates. But the interest seems to be very good and the applicants have been patient and shown a great understanding of the situation that the project finds itself in.

What’s the current status of the new IT system?
I’m very confident in our IT system. We are doing constant improvements. We’re working quite diligently during this time to make it even better. We were ready some time ago to enter into the next phase but during the time we’ve had we’ve had teams sitting down working with the system and the processes of the court, seeing all the processes that can occur and making sure that the IT system can actually work together. The silver lining in the delay has been that we’ve had much more time to really look into the nitty gritty.

So you’ve used the UPC delay well?
There were a lot of challenges. We’ve had some pressure on us from the beginning that they were going to establish the court without any undue delay. So we’ve worked quite effectively and diligently. But now since we had a significant delay we’re trying to put together some teams of people who are quite dedicated to the project. This is just to go through the different processes and to plan. We have teams going through the registry part of the court making sure the registry rules will be functional. We’re trying to help the court, to look forward and try to look into the crystal ball and see what will happen. This is so we can foresee the difficulties the court will find itself in and make processes and guidelines that will help the court once it’s operational.

We’re also carefully planning the last phase of the recruitment of the judges. It’ll be a logistical challenge, we need to interview several hundred candidates, in four different locations in Europe. There are lots of practical issues that require a lot of planning. I’m sure something will fail but we’re trying to foresee everything we can.

Brexit could be the other big influence on the UPC. What is the best outcome of the impending UK election with regard to the UPC’s future?

As the chair of the Preparatory Committee I am on the technical and not on the political level. I’m a pragmatic person, and keen to keep all the signatory states, including the UK, in the UPC system. The UK has ratified the UPC Agreement and is as such a state party to the agreement, which is an international agreement and not EU law. The UK has shown quite clearly that it wants to stay in the UPC, and I think there’s a strong political will to try to keep them in.

So what provisions, if any, will be made in a potential withdrawal agreement?
That depends on what will happen in the extent of a withdrawal agreement. I’m not sure that it will be necessary but once we know the outcome of the situation with Brexit this can be assessed. There is a simplified mechanism in the Agreement for consensus amendments.

If the UPC does go ahead without the UK, will anything change in practice? Is there be a plan B which includes the remaining member states?
The UK has ratified and is a very active member of the preparatory committee, providing us with a lot of resources and help. As I pointed out, I’m working under the assumption that the states that have ratified the agreement have done so with a clear intention to stay in. I am of course not oblivious that there is a discussion about the UK due to the Brexit situation. If one signatory state, for example the UK, says we don’t want to be in the UPC anymore, the UPC will still be the UPC although it will be one less member state. Of course, there will be things to be done if that should happen. We’ll cross that bridge when we come to it, until then we’l keep calm and carry on! And European industry clearly prefers the UK to remain in the system.

What happens to the UK lawyers who applied to be part of the UPC’s judicial bench?
I am under the assumption that all member states that have ratified the agreement are also going to be participants in the agreement and the court. Unless there is a political decision to the contrary, all states that have ratified will be treated like participants. The UK has ratified, it’s in the system too, so of course it will be dealt with as a signatory state party to the agreement. There’s no basis for the committee to deal with the UK in any other matter unless it’s politically decided that we should.

Do you think we will have the UPC with the UK this time next year?

“I am optimistic the UPC ruling will be positive”