Sisvel has announced the launch of its new Wifi 6 patent pool and its first members as Huawei, Philips, Mediatek, SK Telecom and Wilus. The standard essential patents in the pool will cover a new generation of wifi technology, which aims to improve connectivity for users in densely-populated spaces. 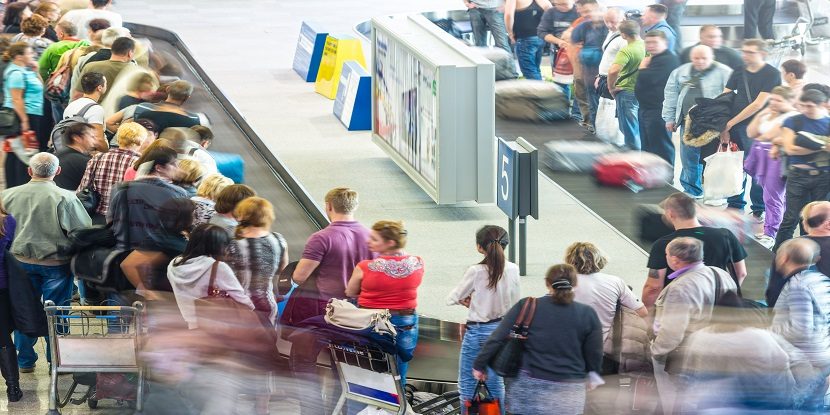 Sisvel has announced the launch of its new Wifi 6 patent pool, with Huawei and Philips among the first licensors. It aims to improve wifi connectivity in dense urban spaces, such as airports ©Konstantin Yolshin/ADOBE STOCK

The Wifi 6 patent pool, launched by non-practising entity Sisvel, is a resource through which owners of standard essential patents pertaining to Wifi 6 technology can make them more easily available to potential licensees. Sisvel has already welcomed five members, Huawei, Mediatek, Philips, SK Telecom and Wilus, into the fold and hopes to attract more companies as demand for the technology develops.

With Wifi 6, also known as AX Wifi or 802.11ax Wifi, created in response to the demand for faster connectivity in an increasingly-interconnected world, it is well on the way to becoming the go-to standard.

Furthermore, Wifi 6 aims to increase transparency of patent licensing and minimise licensing disputes. As such, Sisvel has announced that it is making the Wifi 6 portfolios available on FRAND terms, “by offering a royalty-bearing, non-transferable, non-assignable, non-exclusive licence, with no right to grant sublicences, under the participating patent owners’ patent portfolios essential to the 802.11ax specification.”

Chinese telecommunication company Huawei and Dutch company Philips are among the first signatories of the new patent pool. The former owns a large portfolio of standard essential patents pertaining to the Wifi 6 standard. According to the Sisvel website, the standard licensing rate is $0.60 per unit. However, this can fall to a $0.50 ‘compliant rate’ per unit for licensees that are “in full compliance with its obligations under its licence agreement.”

In a press release, Alan Fan, head of Huawei’s IP rights department, says, “The patent pool will increase transparency of patent licensing and reduce licensing disputes. Implementers can obtain a licence under all patents in the pool at one time, which increases licensing efficiency and reduces licensing costs.”

Mattia Fogliacco, president of Sisvel International, says, “We have created a framework [to] benefit the Markets for Technology as a whole, removing friction and aligning interests of innovators and implementers. Huawei accepting to become a founding member and a licensee/licensor offers a strong validation for this approach.

We trust that this, together with the quality of the IP contributed by Huawei and the other participating patent owners, will quickly attract additional licensees and possibly additional patent owners.”

Although only recently coming into licensing agreements, the Institute of Electrical and Electronics Engineers (IEEE) had already established the Wifi 6 technology standard. It aims to address frequent user usage throughout the day. It also provides better connectivity for people using communications technology in densely-populated areas, such as airports or stadiums. The current ubiquitous standard is Wifi 5, which determines speed and frequency through the 5 GHz band exclusively. On the other hand, Wifi 6 also uses the 6 GHz band.

Furthermore, Sisvel has also announced the ‘Licensing Incentive Framework for Technologies’ (LIFT). This is a payment plan which aims to incentivise parties to reach early conclusions in licence agreements. The website notes that LIFT is only available for companies against which Sisvel or any of its pool members are not undertaking, or have not undertaken, litigation in the event of them being an unwilling licensee. It notes that LIFT is only available for licensees “in full compliance with their obligations under their licence agreement.”

Fogliacco says, “LIFT is the result of a two-year effort, specifically built to address the disadvantage that sometimes early licensees can feel and the “I don’t want to be the first” syndrome. We are confident that LIFT will substantially help in fostering the creation of a level playing field.”