Drastic reorganisation of its Intellectual Property team prevented Thyssenkrupp's patent applications from floundering at too low a level. Ironically, the German company turned a misleading filing strategy in China to a big win at the country's highest patent court. It is this which helped promote a cultural change in Thyssenkrupp's IP business, says Stephan Wolke. The head of the company's award-winning IP department explains the new focus on insourcing IP work and strengthening its patent attorney team. 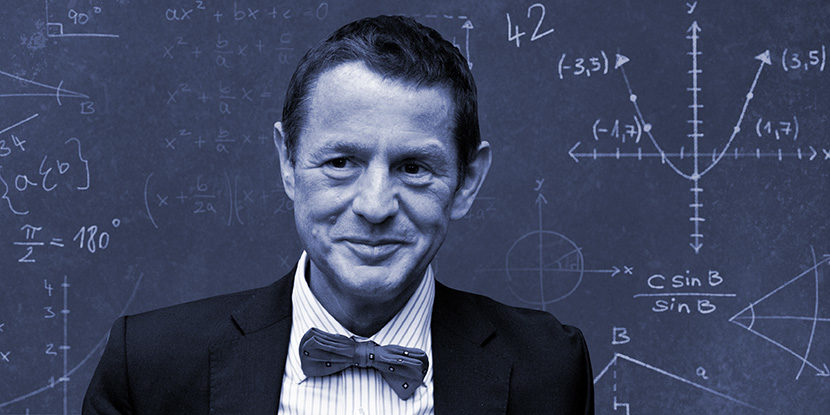 Stephan Wolke (50) is managing director of Thyssenkrupp Intellectual Property. Wolke, who has a PhD in Physics, joined the global engineering conglomerate in 2011, having previously worked for McKinsey & Company, Bayer, and Danaher. Thanks to the new strategy of strong insourcing, the firm has increased its number of patent applications from 300 to over 650 per year. Thyssenkrupp was awarded the IP In-house Team of the Year prize at the JUVE Awards 2019 ©Thyssenkrupp/JUVE

JUVE Patent: This year Thyssenkrupp Intellectual Property drove a patent case through all instances of the Chinese legal system. This has focused a lot of attention on your company. What challenges do you foresee for the coming year?
Stephan Wolke: Protecting our technologies in all 80 countries where we are represented is our overriding goal. We are currently involved in a number of trademark disputes in China, which is an important market for us. Thyssenkrupp also wants to become less dependent on licences by strengthening its own IP portfolio.

Which dispute did Thyssenkrupp win at the highest Chinese court?
It was a long-running case which has now been ruled on. We had built a technical solution for passenger boarding bridges in the USA, but had not applied for a patent for the technology. In China, a competitor copied the same technology, had it patented and then sued us for patent infringement. In the first two instances we lost, until finally the Supreme Court decided in our favour. Ironically, it was on time for the chancellor’s visit to China, which also dealt with the protection of IP. The timing was of course coincidental, but it was pleasing.

Why was the Chinese sentence so important?
Thyssenkrupp is a technology group that thrives on invention and innovation. Of course, we have to protect this know-how. Being voted Patent Litigation of the Year was a nice side-effect of the case in China. The company achieved a certain prominence and gained a lot of reputation. It is very important for our sales organisation that everyone in the market knows that Thyssenkrupp does not infringe any of its competitors’ IP rights.

However, the case also shows that the Chinese patent jurisdiction is becoming increasingly better, fairer and more professional. We were able to prove, via an airport manual from the US, that we had the technology first. The Chinese patent system has thus also shown that it respects state-of-the-art technology.

In this case, the company started with the error of not patenting its own technology.
That’s right. Ultimately, the case also helped me a lot to enhance the topic of IP internally. When I joined Thyssenkrupp seven years ago, one of my first questions was how many patents the group has. We couldn’t say, and it took us some time to find out. The IP rights were spread over several hundred subsidiaries and registered under their names. When we calculated the figure, we quickly realised that Thyssenkrupp held significantly fewer patents than its competitors.

How did the management react to these facts?
The executive board fully supported us and gave me the task of establishing a proper patent management system. The fact that we had engineer Heinrich Hiesinger as CEO was certainly helpful.

How did Thyssenkrupp proceed?
We developed two strategic guidelines. First, our IP rights intend to help our operating business develop undisturbed. Secondly, each business unit must decide for itself which technology it wants to protect, how intensively and in which country. Our IP protection should therefore protect our business to the greatest extent, but be created as efficiently as possible. Today we know exactly how many patents we administer and apply for each year. It is even published internally in a book read by our colleagues, because you can learn a lot about our group.

You have set up your own IP company for Thyssenkrupp in Thyssenkrupp Intellectual Property. How does it work with inventors from the other group companies?
We focus on working very closely together. Every month, the heads of research and development, and marketing and sales, from each business unit meet with one of our patent attorneys and the business unit’s IP coordinator. The meetings discuss all invention disclosures, where IP is being built and the technology that should go to market. Thyssenkrupp Intellectual Property takes this decision and designs the applications accordingly. The same people also discuss the IP dialogue once a year. Here, the strategic IP topics of the business unit are intensively discussed.

From Lego towers to patent applications

How did an industrial group like Thyssenkrupp successfully change the patent culture  to ensure it is supported by every employee?
Through intensive dialogue and good communication. For example, I recently presented the subject of patents at a management meeting, in which I explained patents to the colleagues by using Lego. Our top executives had the task of building a tower as high as possible in groups of four. That sounds easy, but the trick was in addition to put construction ideas on paper and have them patented by one of our patent attorneys.

With this patent, one could observe the towers of the other groups and destroy them in case of a patent infringement. The participants had a lot of fun, but within 20 minutes also gained an enormous amount of knowledge about why we need patents and what their enforcement brings. They’ll never forget it! With 160,000 employees, it is always important to bring colleagues together and convince them.

How is Thyssenkrupp Intellectual Property structured?
Seven years ago, the group had four patent attorneys scattered across it. Now we are 30 patent attorneys in our own company. We recruited all external patent attorneys without headhunters. We’re also currently recruiting. The IP rights themselves remain with the business units, but the company registers them and manages the portfolios. We are, so to say, the helping hand of business in the field of intellectual property.

Looking to the future

But Thyssenkrupp Intellectual Property also doubled the number of applications to over 650 patent families per year. How?
Through insourcing, and an improved method of instructing external patent law firms, we were able to reduce IP costs considerably. Now the many registrations mean costs are rising again. However, the group is well-positioned. Insourcing makes us strong, because we build the knowledge ourselves.

When do you still instruct external firms?
We cover our core technologies internally. In the case of special topics, such as employee inventions law, we use outside firms. That is also the case when we have capacity issues.

After your PhD in Physics, you held various management positions. Did you arrive at IP by chance?
Yes. After my doctorate I first worked for McKinsey, then founded two companies and successfully sold them. I also held various management positions at Bayer and Danaher. This had nothing to do with IP. But the question of how we can protect our group companies effectively put me into the spotlight. Meanwhile, I feel very committed to the IP company and want it to get through the corporate restructuring in good shape.