Christoph Ann, professor for Intellectual Property Law at TUM School of Management, explains the legal implications of waiving patent protection for COVID-19 vaccines. In an interview with JUVE Patent, Ann also discusses compulsory licences as an effective short-term alternative and the obstacles to setting up their production. 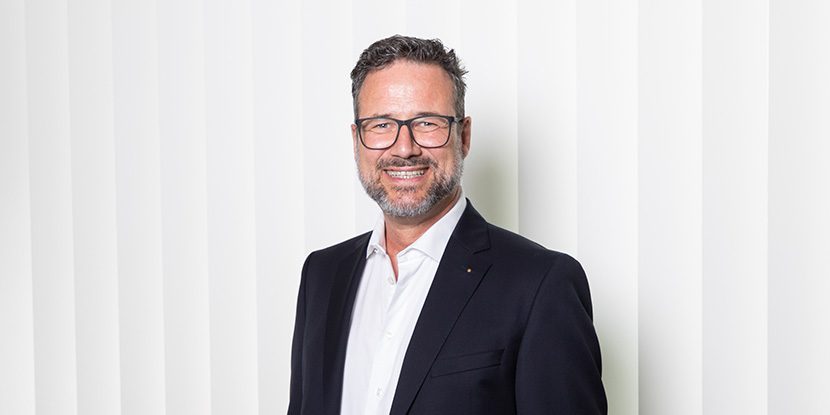 Since 2003, Christoph Ann has been professor of law at Technical University of Munich and Munich Intellectual Property Law Centre. Previously, Ann was a patent judge at Regional Court Mannheim during the early 2000s. He began his career as a lawyer. Here, Ann discusses the latest move towards a global patent waiver for COVID-19 vaccines ©privat

JUVE Patent: The US administration’s support for waiving IP protections for COVID-19 vaccines has sparked a heated political debate. In your opinion, what would be the impact of waiving such patent protection?
Christoph Ann: From a legal perspective, providing for a waiver of IP, mostly patent protection, in an adjusted TRIPS Agreement is conceivable. Depending on how such a provision would be phrased, World Trade Organisation (WTO) members then could be obliged to implement this into national patent law. However, the debate as such is nothing new.

Where are its origins?
During the AIDS pandemic in the late 1990s, South Africa enacted legislation aimed at suspending patent protection for antiretroviral drugs, so they would become cheaper. The TRIPS agreement has still not been changed, because in 2008, after 14 years of talks, the Doha Round of trade negotiations failed. This is the background against which US trade representative Katherine Tai stated that introducing the “TRIPS waiver” into the TRIPS Agreement will take time. The WTO member states’ decision to amend TRIPS would need to be unanimous, and the issue is complex.

As you say, the negotiations would take a lot of time. At the same time, the reactions of many states and the European Commission showed no consensus. What is the idea behind the proposal to waive patent protection for COVID-19 vaccines?
The idea is that waiving patent protection for COVID-19 vaccines will help to ramp up vaccine supply. This assumes that the problem with vaccine supply is technology access, rather than production capacity.

But already this is doubtful. Producing vaccines that work, have no side effects, are of high quality, and do not pose cooling challenges goes far beyond obtaining permission to use someone else’s recipe. In addition, one would need to at least train the chef, which takes time.

Do you see a parallel between the current COVID-19 vaccine issue, and other examples in history?
Whether US pharmaceutical companies like it or not, there are similarities with the South African AIDS pandemic in the late 1990s, where South African president Thabo Mbeki had outright denied HIV being a health problem and kept the country from publicly committing to preventive measures

When the disease got out of hand, South African politics blamed the patent system and patent holders from the developed world. Ultimately, political pressure brought about the compromise of antiretroviral drug producers lowering prices to levels acceptable for both sides. This solution left the patent system intact. For COVID-19 vaccines, the outcome may be somewhat similar.

The current US approach is surprising, because US companies hold many of the relevant patents. What are the alternatives?
The option of waiving patent protection does not yet exist. So, the question is, why isn’t the world using compulsory licenses – for which Art 30, 31 TRIPS provides – to combat the COVID-19 pandemic? Patent protection could remain untouched, but licensing relevant patents would make them available. All WTO member states’ patent acts allow for this. Pushing for compulsory licences would be a much quicker remedy than trying to amend the TRIPS agreement’s toolbox.

“The world should use compulsory licenses to combat COVID-19”

Section 13 of the German Patent Act also provides for an ‘order to use’ (in German: Benutzungsanordnung). In the public interest, the German Federal Government can establish an obligation to use for critical patents. In some ways, this is conceptually comparable to the American Defence Production Act. This being a form of expropriation, however, the government must compensate the patent holder for this use.

What are the main barriers to increasing the global production and availability of COVID-19 vaccines?
What messenger RNA (mRNA) vaccine manufacturers currently need is lipids for their vaccines. Lipid production currently is a bottleneck, because producing lipids – which ensure mRNA being released at the right time in the right place in the human body – according to BioNTech’s CEO Uğur Şahin is more complex than producing mRNA. It requires complex technology and a lot of experience. And if vaccine technology was to be made available, expertise in producing lipids must be included. This highlights the core problem of patent waivers.

“Lipid production currently is a bottleneck”

Will vaccine manufacturers lose their businesses, if forced to disclose all their vaccine production expertise?
That depends on how far their obligations would go. To produce any medicinal product, a patent license to produce obviously is not enough. Rather, producers also need the respective know how. Vaccine production is not just about recipes, it’s about experienced kitchen crews, because large-scale production of vaccines is extremely complex.

If, on top of patented technologies, know-how is also transferred, the problem of delimitation will arise. Shall patent holders also need to provide operating manuals? Shall they need to train their (compulsory) licensees’ staff? All that is difficult, because at the end of the day, pharmaceutical licensing is all about quality.

Many COVID-19 vaccines are based on mRNA patents, which companies also use for other vaccine development. What impact would the waiver of patent protection have on research in this field?
Pharmaceutical research is extremely expensive. Reducing patent protection everywhere would drastically change the business model for all research-based pharmaceutical manufacturers. Research then would be harder to finance, and most likely would decline. This would not just hurt populations in developed countries. Rather, everyone would lose, because less research would mean less offering, which would have a global impact.

How can developed countries ensure developing countries have adequate patent protection?
If developing countries only reduced patent protection, the profits of researching manufacturers in developed countries would stay intact. However, the countries would then need to solve the problem of reimports. Researching manufacturers could cover their cost from sales in the developed world to compensate for smaller incomes elsewhere. Having developed-world patients, and their respective health insurance systems, subsidise patient care in less developed parts of the world might indeed be an option.

What is the connection between export control and patent protection?
Usually, large pandemic figures trigger export bans, which in turn are often due to political shortfalls such as leading political figures’ defiant attitude towards protective measures. This can then mean their home countries fall into crisis, prompting new extreme measures in order to remedy that problem.

While the US’ latest push for a “TRIPS waiver” looked aspiring, the EU has done more regarding vaccine exports. This is despite member state shortages, which also resulted in political pressure and demands for export bans. The demands did not go unnoticed, but they also weren’t met. This sent the right message.

What do you expect the situation to be, this time next year?
In a few months from now, it is likely that all willing patients in the US and EU will have been vaccinated. Vaccine production will have been ramped up in significant magnitude. Then, prices will go down, because the financially attractive vaccine markets will have been exhausted. Reimports will no longer be a threat.

Have you heard about COVID-19 related patents being infringed?
Nothing so far. Probably, vaccine manufacturers have negotiated licences confidentially for some time. At Licensing Executives Society Germany, that was the focus of its spring conference three weeks ago.

This interview was conducted by Christina Schulze.