In July, Alexander Haertel will join the Düsseldorf office of Bardehle Pagenberg where he will be responsible for patent litigation. The mixed firm will finally have another well-known litigation specialist in Düsseldorf. Haertel was previously at Kather Augenstein.

Bardehle Pagenberg is a market leader for patent litigation in Germany. This is not only on the lawyer side, but also regarding patent attorneys. However, the firm’s well-known experts work mainly out of its Munich headquarters. In Düsseldorf, where Europe’s busiest patent court is located, Bardehle Pagenberg does have an office. However, for a long time the firm has not had local litigation experts of high standing in this location. 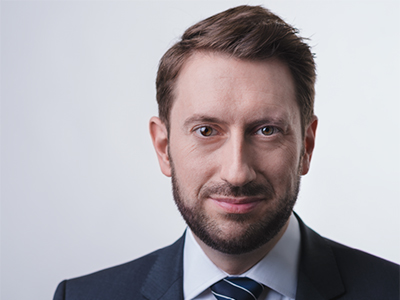 With the arrival of Alexander Haertel (44), Bardehle Pagenberg now has a patent litigation specialist with experience in establishing a practice in Düsseldorf.

Haertel was one of the founding partners of Kather Augenstein, after a team from Preu Bohlig & Partner spun off in 2015.

During his time at Kather Augenstein, Haertel gained much experience in litigation concerning mobile phone patents and FRAND issues. He was part of the Kather Augenstein team that sued Apple on behalf of Ericsson in 2015, and Wiko two years later.

One of Haertel’s greatest successes was VW retaining the firm to defend against the first major connected cars lawsuit in Europe in 2018. The plaintiffs were Broadcom/Avago.

The parties quickly came to a settlement, although it was rumoured to be of little advantage to VW. But the case was just the beginning in what became a series of connected cars lawsuits before Germany’s patent courts. The cases culminated in the suits filed by Avanci pool members Nokia, Sharp and Conversant against Daimler, as well as Broadcom/Avago against BMW.

Bardehle in the spotlight

Bardehle Pagenberg played an important role in the connected cars lawsuits. The firm represents BMW against Broadcom/Avago, as well as suppliers Robert Bosch and TomTom as a co-litigant of Daimler in the Avanci cases.

Additionally, the mixed law firm is active for NPE Intellectual Ventures against Deutsche Telekom, Telefónica and Vodafone. The case is one of the most extensive series of lawsuits over mobile phone patents. Bardehle also defends BlackBerry against a lawsuit filed by Nokia and Microsoft against NPE Uniloc.

The German Bardehle patent team consists of 33 patent attorneys and 20 lawyers. This includes 21 partners. However, according to the firm’s website, only nine of them are equity partners. The firm also has offices in Paris, Barcelona and Verona.

Following Haertel’s departure, Kather Augenstein will have six partners, seven associates and one of counsel. The most recent addition was trademark lawyer Nadine Bertram (44) in May. Bertram was previously a solo practitioner, but had worked for Schmidt von der Osten Huber from 2004 to 2017. She is the first lawyer at the Düsseldorf litigation boutique to initially work only in trademark and competition law, and not in patent law. (Co-author: Christina Schulze)