Even if the future of the UPC remains unclear, a number of major US patent firms are gearing up to enter the European market. Up until now, few have been able to transfer the power and profitability of their homegrown practices onto the other side of the Atlantic. 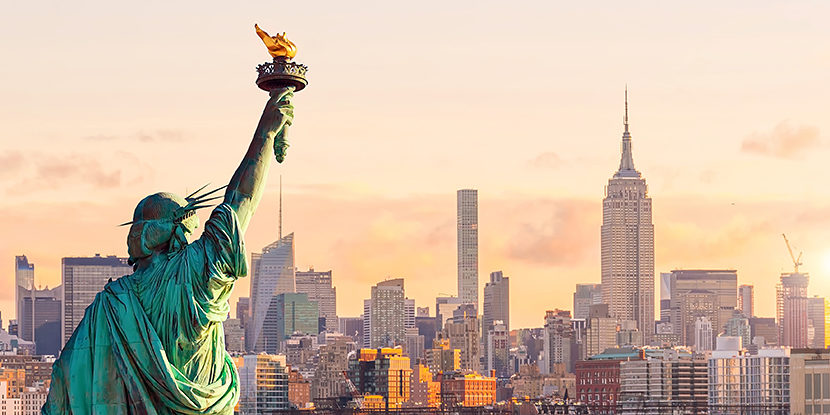 From sea to shining sea, from technology teams in Silicon Valley to pharma litigators in New York, the patent litigation practices in the US are a primary driver of growth in their home market. And so it is no wonder that, when Kirkland & Ellis poach leading lawyers such as Nicola Dagg in London, or Quinn Emanuel Urquhart Sullivan shows signs of expanding its remarkable practice around Mannheim’s Marcus Grosch, European firms emit a shudder.

Partners in other areas of law have seen it all before. The M&A and finance markets now have US teams which compete with market leaders in every major European jurisdiction. Yet, in patent law, actual success on the ground remains sparse.

European firms can take comfort in the collapse of Howrey in 2011, which entered the European market with ambitious goals only to flounder in the recession and suffer a string of defections. Perhaps deterred by Howrey’s failure, other leading US patent litigation practices have made little headway in Europe. This is despite a good spread of lawyers in other areas of law in London, and on the continent.

The broader growth of US firms has sparked widespread reports that they are seeking to enter the patent market. Up until now there has been no Gibson Dunn. No Paul Hastings. No Goodwin. But this could all be about to change.

The few success stories are the result of a long haul. In Germany, Jones Day first set up a patent practice 16 years ago. It then had to undergo an almost total reset a few years later as most of the original partners left acrimoniously through disputes between the lawyers and patent attorneys. The second incarnation is now fully established with both a strong litigation and prosecution practice in Germany – almost the only international firm to have achieved this. And Jones Day also made a breakthrough in France in 2016 by poaching Thomas Bouvet from what was at that time the leading French patent boutique, Véron & Associés.

It was a long hard slog, however. German lawyers at Jones Day admit that they had to learn what the sensibilities are in managing such a practice. The role of lawyers and patent attorneys are different from country to country, so there was no model they could apply to Germany.

This can, however, have advantages. Other international firms shied away from prosecution work, fearful of stemming the flow of referrals from patent attorney firms, while also being hamstrung by conflicts. Jones Day strode on innocently, almost unaware of the strategic objections of other firms. It didn’t make any difference. It turned out that their patent attorneys generated so much work, they did not have to worry.

There are two major schools of strategy in building a European practice. One is profit. The other is alignment. The most profitable patent firms such as Kirkland & Ellis, or Quinn Emanuel, are restricted to building a practice around only the most elite lawyers for fear of diluting profitability of the firm as a whole. Quinn’s Grosch sets out his firm’s strategy. “We approach it in an opportunistic way. If we find the right person with the right business and market reputation, we grab the chance. But if someone is not of the very highest quality, and we can’t use them for the premium work which we aim for and at prices we can demand from our clients, then he or she is not interesting for us.”

Seductive in its simplicity, brutal in its consequences; Quinn is necessarily restricted to a small team working in limited locations but with astronomical profitability. Geographic spread is not a factor, says Grosch. “Opening an office in Amsterdam or where another UPC court is based, just so you can be in the vicinity, it not a primary goal for us.”

Other firms which follow a full-service strategy for a global client base do not have the luxury of clarity. Alignment of the practice across the main patent law jurisdictions is the goal, but one which has proven difficult to achieve in practice. Sometimes this is to the extent that there is no firm – unlike in areas such as capital markets or M&A – identified as a trans-continental market leader.

K&L Gates, a firm with a broad mid-market patent practice in the US of both prosecution and litigation, aims to expand in Europe. To that end it recruited Thorsten Vormann from Clifford Chance in 2015 and after modest growth is moving beyond a gestation period by expanding the prosecution practice in Germany over the next few months.

He explains K&L Gates’ recent push: “We are aligning the strengths of the firm on a global basis with local market positioning. We need to give global clients the global ability to fight a global war. We want to be a one-stop shop for EU clients as well as US companies.”

In addition to the firm’s investment management and commercial litigation practice, patent law is a major growth case in the firm. K&L Gates sees IP as a strong anchor in its mostly industrial client base, which for years has had a hold in the US rustbelt manufacturing base. Recently, this has expanded to medical devices and, through its Seattle office, into e-commerce and software.

Jones Day also has patent in the top three areas firm-wide. Alongside the motors of US commercial litigation and global M&A, IP is a clear priority for the firm. Jones Day sources estimate that upwards of 80% of the IP practice is patent-related. Similar to other Midwest firms, Jones Day has a huge domestic industrial client base where domestic prosecution and international litigation go hand-in-hand as US industry goes global. 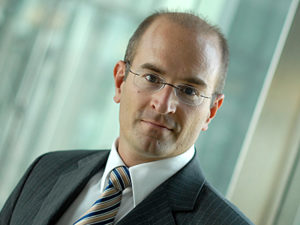 Problematic in the attempt to align a firm’s practice is that it can mirror only the client needs – not the structure of the mothership practice. Many London and New York lawyers have a horror story to tell about how their European counterparts simply do not understand how to do business. This reflects poorly on the Anglo-Saxon tendency to project market realities of their home onto completely different circumstances.

In Munich Frank Peterreins, a double-qualified lawyer and patent attorney, now sits in his own firm, Peterreins Schley, which he set up in 2015 after eight years at IP giant Fish & Richardson. Peterreins Schley has a mixed team of 12 professionals and recently gained a well-regarded litigator from Simmons & Simmons, Thomas Adam.

Peterreins is circumspect about the ability of US firms to attract staff. “I’m not sure whether German lawyers really know what to expect when joining a US firm. I would recommend obtaining sufficient insight on possible challenges that could be faced.”

One major problem is the role of conflict. One lawyer at a US firm admits that the potential for conflict is enormous if it is expected that the European practice pays its own way and has an independent client base. “There were a number of important industries where it was impossible for me to really get a foothold because our US practice had advised just about everybody. The ethical rules are stricter in the US, but just as important is the issue of business conflicts. And here there is a clear hierarchy. It is the important US lawyers who decide the priorities, not the new European partners.”

In addition, some US firms have been disappointed by the inherently less profitable practice in Europe. This makes it much more likely for leading patent litigators, who are top dogs at their own firms, to move to an outfit where there is constant pressure to improve profitability to US levels. “Even if you’re producing three million Euros of turnover, that would be modest for a US firm,” says one leading European litigator. “I might earn more with a guarantee for the first couple of years, but after that, there is no financial incentive to move, especially when I now have the full support of my firm.” 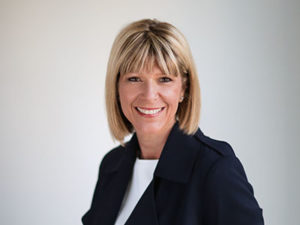 The conclusion seems to be that either you have top individuals, or full transatlantic integration. There is little ground in between. Marianne Schaffner, partner in the Paris office of Dentons, spent six years at Dechert before moving to the huge global firm in March 2018.

US firms tend to set up practices bit by bit but Schaffner posits a larger investment to set up teams in the main jurisdictions almost simultaneously. “Collegiality, cohesion, team spirit and entrepreneurship are key to the success of a business. Hiring rainmakers is one thing but their collaborative approach should also be taken into account. The challenges for the US law firms is to find excellent lawyers in the main jurisdictions who are ready to move and to set up a new team together.”

The days when all US firms could manage a practice out of London are now past, Schaffner argues. “[Unless you have] experts in the respective jurisdictions, there is a credibility issue.” This is a problem that will become more and more pressing with Brexit, and urgent if the UK is not part of the UPC.

“On the enforcement side, it’s obvious
you have to start in Germany”

It is no accident that, aside from London, most US firms choose Germany as their base. Even if the learning curve is steep from a cultural point of view, the size of the German market and its technological and industrial similarities to the US make it the obvious first staging post. “On the enforcement side, it’s obvious you have to start in Germany,” argues K&L Gates’ Vormann. “Düsseldorf alone has twice as many cases as Paris and London.” 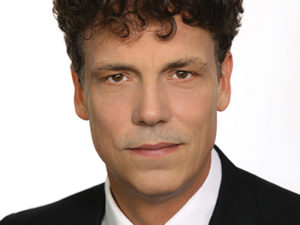 There is also little middle ground in the another pressing strategic question – the use of patent attorneys in global firms. Firms with large US practices that also do prosecution work see it as a strategic necessity to achieve something similar in Europe. “If you can make prosecution profitable in Europe then that is a great way to gain more litigation work,” says the German partner of a US firm.

But UK firms are more sceptical. “We only used patent attorneys for litigation work,” says the partner of a leading UK practice. “US firms tend to import the approach from the US, but in Germany and France it can bring a huge number of conflicts. You get mixed up in small cases which can’t bring in much money. But if you don’t know how to run your business otherwise, you’ll end up doing it here too.”

From East to West

There are developments that could change the market dynamics, however. Hogan Lovells, a firm with a market-leading European practice, is beginning to make its mark in the US. Its previous iteration Hogan & Hartson was not best known for its patent practice, but after considerable reshaping, a promising pharmaceuticals team is taking shape in the New York office. The firm has been able to import client relations from numerous European midsized manufacturers. This in itself is a mirror image of what Jones Day has done from the US to Europe.

The upcoming merger of Allen & Overy with O’Melveny & Myers, should it come to fruition, is another potential gamechanger. The Californian practice has a solid technology client base, even if it is better known for other litigation work. In combination with A&O’s strong European team, the merger shows that the flow of clients is not one way. Perhaps this will be the moment at which US firms will drop their hesitancy and commit to expansion into Europe. 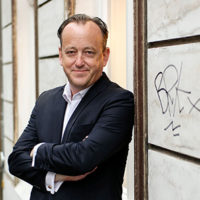