“UK patent boutiques must be bold about closer links with Europe”

Following Brexit, national firms and UK patent boutiques require a change in strategy to keep pace with their European counterparts. London’s patent courts are strong enough to develop along with any changes in the global litigation landscape. But what this means for the future of UK patent firms, and particularly patent boutiques, is less certain. 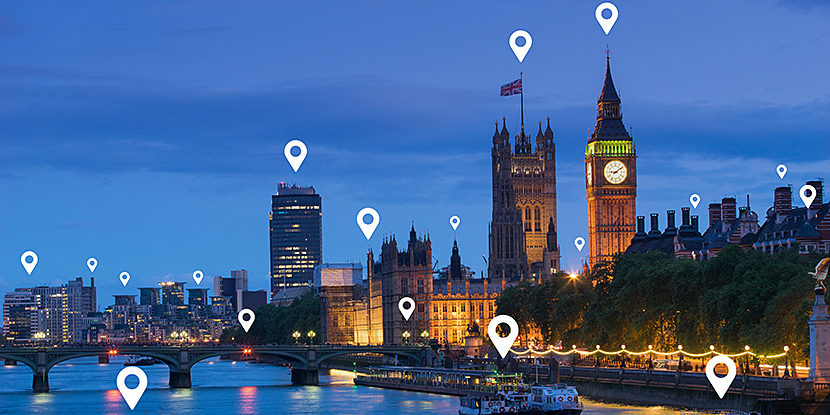 JUVE Patent journalist Amy Sandys shares her opinion on what the UK's patent boutiques can do to ensure a secure flow of work, post-Brexit ©alice_photo/ADOBE STOCK

Brexit has finally begun. On 31 December, the UK officially bid farewell to 47 years of membership of one of the world’s biggest trade blocs. Much UK and European patent jurisprudence, such as the European Patent Convention, operates outside the EU’s realm. The UK remains fully involved in the European Patent Office. Nevertheless, for Europe’s IP community, the loss of the UK as a member state is a blow.

In some respects, consequences of Brexit such as the UK government’s withdrawal from the Unified Patent Court system are already having a tangible affect. The UK’s withdrawal from the EU has established two important but separated litigations hubs in Europe. One is the UK, the other the continental system. The latter includes a potential UPC.

At some patent litigation firms – and especially UK patent boutiques – their existing European links will determine future success. However, London’s patent courts and reputation of its judges remain secure. This more than anything should be enough to fix the capital as a future patent litigation hotspot.

For international patent firms, an integrated office network provides a buffer against the immediate impact of Brexit. Bird & Bird, Hogan Lovells, Allen & Overy, DLA Piper and Osborne Clarke, to name but a few, already operate across their integrated European networks, albeit to differing degrees.

Their continental offices strive to maintain cross-border connections and retain important clients in this way. Demonstrating a secure cross-border strategy, as well as having offices in both the UK and Europe, is vital for these firms to secure future patent work.

But for smaller national boutiques, a lack of presence on the continent will have adverse consequences. Independent UK firms such as Bristows and Powell Gilbert are consistently commended for their litigation work, including achieving five-star ratings in the JUVE Patent UK rankings 2021. However, in light of Brexit and a lack of UPC, the boutiques are facing different challenges.

Without the support of a European office network, independent firms need to demonstrate a still-viable offering to international clients. Maintaining strong links with US clients is one of the most vital aspects. And securing close connections to Chinese clients that litigate with increasing frequency over, for example, standard essential patents, secures future European litigation work.

UK boutiques forging more exclusive connections with continental firms would underline their competence in advising clients on continental patent laws. Furthermore, such firms would be in a strong position to advise on the UPC, should the new court eventually begin.

In some circumstances, such links are already being demonstrated by forward-thinking UK firms. Previously, Bristows has provided litigation support for Freshfields in its work for Novartis in Europe. The close relationship between the UK boutique, and Brinkhof in the Netherlands and Vossius in Germany is also already well-documented, such as in the now-settled dispute between client Heineken and AB InBev.

Market speculation centred on the three firms potentially forging a more official alliance. Regardless of whether this emerges or not, the close co-operation of these boutiques is an acknowledgment of the benefits of having a direct link to the European patent system.

For firms with multiple offices, intra-office co-ordination presents its own challenges. Managing a multi-jurisdictional staff base might prove tricky, given the more stringent regulations on free movement of professionals after Brexit. Firms with offices in multiple locations must focus on what the immediate business impact of Brexit could be on their workforce.

Furthermore, on regulatory issues such as supplementary protection certificates (SPCs), the UK government is still forging a relatively unknown path. This is not least since its current procedure is entangled in the Northern Ireland Protocol in the Withdrawal Agreement 2020.

Boutique or otherwise, firms with a keen pharmaceutical focus must stay on top of such regulatory amendments, in order to avoid having compromised SPC and marketing authorisation protection for clients.

Theoretically, UK patent attorney firms have less to fear. The EPO is not an EU institution, meaning UK patent attorneys are free to represent clients in Munich as usual. The UK Intellectual Property Office can also continue to grant patents covering the UK as before. Patent attorney firms are still able to file patents directly with both offices. Similarly, the UK retains its position as a contracting state of the EPC. It is also a member of the Paris Convention.

The Chartered Institute of Patent Attorneys (CIPA) even reports that, since the EU referendum, the number of European patent applications filed by UK patent attorneys did not alter.

Arguably, for patent attorneys, the impact of Brexit could be more psychological than tangible. This is especially since the withdrawal of the UK from the UPC Agreement. For firms with no Munich office, this could present future problems for clients, who may be more likely to choose a firm with a strong German presence. Here, Brexit could present an opportunity for mixed firms such as EIP and Carpmaels.

Many are building on their strength in the UK market, while continuing to expand their presence in the continent and particularly Germany. On the other hand, the coronavirus pandemic has led to a quasi-democratisation of patent attorney firms. Now, with the prevalence of video-conferencing platforms, EPO proceedings can theoretically occur globally. For UK patent firms, being confined inside London’s borders might not be so detrimental after all.

Enforcement is also an issue. August’s Supreme Court judgment on FRAND highlights the importance of a UK ruling on European FRAND issues. But, following Brexit, whether European courts will readily recognise and enforce such judgments remains to be seen. This could harm the UK’s position as a leading IP jurisdiction.

On the other hand, London’s court system supports its reputation as a leading centre of patent jurisprudence. The recent appointment of Richard Meade is sure to strengthen its Chancery Division, alongside existing names Colin Birss and Richard Arnold at the Court of Appeal, and David Kitchin at the Supreme Court.

With another appointment in the pipeline, the patent court continues to reinforce its judicial bench. Its judges are ready to charter less certain waters, with a steady hand on the tiller. Law firms will have to demonstrate equal strategic certainty.