At the end of November, the Italian Minister of Justice Carlo Nordio met with his German counterpart Marco Buschmann in Berlin to discuss the location of the third seat of the Unified Patent Court's central division. The meeting indicates that establishing the division in Milan remains a priority for the Italian government.

According to a press release on the Italian Ministry of Justice’s website, the purpose of the meeting was to discuss the cooperation between Italy and Germany on a number of important issues.

One of the topics was the further collaboration regarding the Unified Patent Court and the location of the central division’s third seat. According to the press release, Carlo Nordio “reiterated to his German colleague, as he had already done last week in Paris, the extreme importance for our country of the establishment of the third central division of the Unified Patent Court in Milan”. 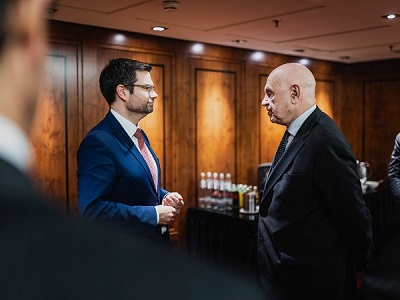 Further, the press release states that “the Treaty establishing the UPC, which has already been ratified by the Italian Parliament, provides for the start-up of the system with three seats for the Central Division”.

Consultations in Berlin and Paris

The previous week on November 21, Nordio had met with the French minister of Justice Éric Dupond-Moretti in Paris where, according to another press release, the Italian minister also “reminded his French colleague of the importance for Italy of the timely establishment of the third central division of the Unified Patent Court in Milan, alongside Paris and Munich.”

It further states that both ministers “agreed on the need for continuing to work towards the entry into force of the UPC”.

Originally, London was to host the third central division, but the UK withdrew from the UPC project after Brexit. Following this, the patent community speculated that either the Netherlands or Italy could potentially host the third seat, which will focus on pharmaceutical cases.

“The meetings signal that the location of the third seat of the central division of the UPC continues to be a priority for the Italian government,” says Vittorio Cerulli Irelli, partner at Trevisan & Cuonzo.

Christof Augenstein, partner at Kather Augenstein in Düsseldorf, writes on LinkedIn, “Italy still wants the third seat of the Central Division of the UPC.”

However, the press releases give no indication as to the position of the German and French governments concerning Milan as the third seat. JUVE Patent contacted the German government concerning its position on this issue but has yet to receive a response.

In July 2022, a spokesperson for the Dutch Ministry of Economic Affairs and Climate Policy told Managing IP that the government had considered The Hague as a potential candidate but chose not to pursue the bid. This leaves Milan as the only frontrunner, with the Italian government originally fielding the city for the central division back in 2020.

So far there has been no decision as to where the third seat should be located. Temporary solutions that have been considered include splitting the cases between the two central divisions in Paris and Munich. UPC officials have emphasised in the past that the issue will be discussed and decided between the UPC member states at the appropriate time.

The Unified Patent Court is due to start in April 2023, with a sunrise period of three months beginning in January. However, a recent report by Managing IP indicated this start date is now being reappraised.

The sunrise period can only begin once Germany has deposited its instrument of ratification. The German Ministry of Justice told Managing IP it is currently attempting to address problems with the electronic case management system (CMS).

The spokesperson said, “The impact of this work on the launch date of the UPC is under review.” (Co-author: Mathieu Klos)