“I’m a pragmatist… there will be a UPC Agreement”

The development of the Unified Patent Court was never going to be straightforward. But now the possibility of a no-deal Brexit means that Germany’s ratification is imperative. For Kevin Mooney, one of the UK members of the advisory group on UPC implementation, the prevailing mood is optimism. He talks to JUVE Patent about future negotiations, the potential impact of the UK’s withdrawal from the EU on the UPC – and why a delay benefits the development of the UPC case management system. 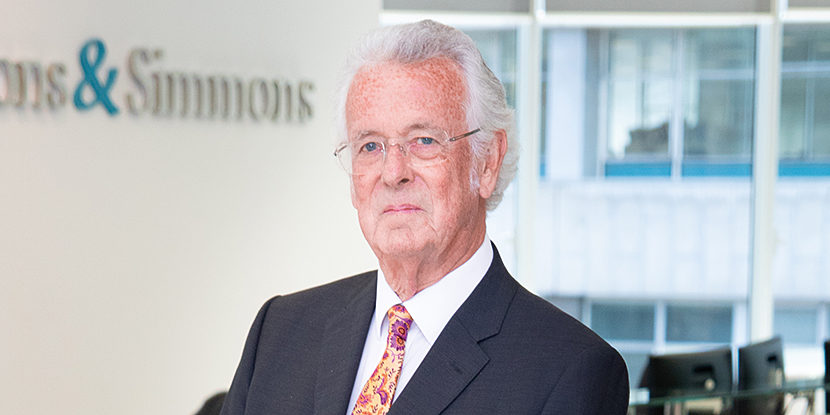 JUVE: You’ve been very active in the development of the Unified Patent Court. Its birth has been anything but easy. Was there any point where you considered throwing in the towel?
Kevin Mooney: It would be fair to say that I’ve felt frustration at a number of points. But because I continue to be involved on a day-to-day basis with certain preparations, particularly for the case-management system, I haven’t had the option to walk away from the project.

What points were most frustrating for you?
Obviously the referendum result created a great deal of initial uncertainty and frustration. Then we investigated the legal situation and concluded here in the UK that actually leaving the EU wouldn’t be fatal for our participation, so we remained positive. And then we were all prepared to make progress and initiate the provisional application period with German ratification, when the constitutional complaint came. This has been a continuing source of frustration for us simply because, without the decision of the German Constitutional Court, we cannot initiate the provisional application period and the court can’t open. The delay of 18 months in reaching a decision is quite astonishing for an English lawyer.

The UK is supposed to leave the EU by 29 March 2019. Do you have any reassurance that the German Constitutional Court will decide by then?
I’ve had frequent discussions with German colleagues, judges and lawyers during the course of the year and they are all optimistic that ultimately, the decision of the Constitutional Court will be to reject the complaint, and that the decision will be taken this year. I’m not a German lawyer, and certainly not a German constitutional lawyer, so I take those things on trust. I’m hopeful that based on what German contacts say, we will have a favourable decision before the end of 2018.

How would you gauge the current mood of the patent community in the UK?
There are a number of different professions involved: the chartered patent attorneys continue to be extremely positive. The same now goes for solicitors. I have frequent meetings with various professional bodies and everybody is equally as frustrated as I am, but not to the extent that we should back away from the project. I have some doubts about English barristers, where the attitude toward the UPC is much more nuanced, because I don’t think that the English bar as a whole has really engaged with the court. And lastly the judges remain as positive as ever. All of them, without exception that I can detect, are willing to act as judges in the court.

Is there a particular time for the German ratification to take place which will allow the UK to participate in the UPC before the Brexit process?
In the recent ‘Chequers plan,’ the UK states its determination to participate and negotiate with the other contracting Member States to remain in the system on a firm legal basis. A similar statement was made about the unitary patent system as well. So the stance of the UK government is that it wishes the UK to participate. Now, what will happen? We have a draft withdrawal agreement being negotiated between the UK and the European Union, with agreement on both sides that the withdrawal agreement allows the continued participation of the UK in the system for the whole of the transitional period, without any amendment to the UPC Agreement being required. So if we can get a withdrawal agreement, the UK will be in the project for at least two years from March 2019 and will fully participate.

“A withdrawal agreement means
when Karlsruhe decides is not critical”

A year ago, people weren’t taking the possibility of a ‘no deal’ Brexit seriously. If there is no withdrawal agreement, how can the UK ensure it stays part of the UPC?
If we fail to reach a withdrawal agreement the UK government will publish its contingency plan in the event of a no-deal Brexit. It has been publishing these no-deal technical papers, but hasn’t yet published a technical paper on IP or the UPC, so we’re waiting for that to come out and see what it says. I suspect the government will endeavour to negotiate a separate agreement as quickly as possible. But whether that would be successful or not, I don’t know, because some of the EU member states are reported to be somewhat negative about the UK’s continued participation.

So there could be an agreement even if Brexit becomes effective on 29 March? Or is there the possibility that Article 50 might be extended? Would that give the UPC more time?
It’s a possibility. It’ll be more difficult to extend the March date next year. But if all the EU Member States agree, it’s perfectly possible under Article 50. But we won’t need more time if there’s a withdrawal agreement. That’s the critical thing to hold on to. I’m a pragmatist so in my view there will be a withdrawal agreement. What we’re then left with is the uncertainty of whether the terms of that agreement will be approved by the UK Parliament. And that’s another interesting political question.

Still some work to do: Kevin Mooney has been involved in the development of the UPC for years. He is currently working on the case management system. ©Simmons & Simmons

You’re involved in the establishment of the case management system for the UPC. Other than Brexit, are preparations in London almost complete?
Well, the court exists. The personnel running the court are known. It’s there and waiting. At the moment they’re subletting it. But the court is fully kitted out and ready to go. So far as the other preparations are concerned, under the leadership of Alexander Ramsay, there are a series of interim group meetings that take place every month or so, and this is where all the detailed work continues to be done before we have a provisional application period. I’m involved in some of that work and principally the case management system. As I’ve said publicly many times, the one silver lining that exists as a result of the constitutional complaint in Germany is that we now have had much more time to work on the CMS system which is extremely complex.

What problems need to be solved?
We’ve devised the Rules of Procedure which everybody seems quite happy with. They’re quite detailed, well over 300 rules of procedure. You then have to translate those rules into an electronic case management system, because the court will operate on a paperless basis. Computer systems are binary, in other words they like yes and no. But if you look at the Rules of Procedure you see a lot of discretions and ifs and buts, ands and exceptions. To build all of those into a computer system which works has proved to be a challenge in the time available. But we’re working hard and I’m sure we’ll get there.

What happens to Aldgate Tower if the UK cannot be a member of the UPC?
That’s a very good question. It was amazing how promptly and efficiently Aldgate Tower was fitted out. It has sat there for nearly two years now doing nothing. What will happen to it? I have no idea. It may still operate as another specialist court or they may simply remove all the fixtures and fittings and try and sublet it for some other purpose. It would be a great shame because it’s a great building and a great facility.

What are your plans for after 29 March if there is a withdrawal agreement?
It’s quite straightforward. If there is a withdrawal agreement, which means we can participate, then I will stay where I am at Simmons & Simmons hopefully, but a lot of my focus will be more inward-looking. In other words, helping to train my firm and its lawyers in the rules and procedures and the CMS. And I will also be involved externally in training the judges, because we have a very well-developed training program already and I’ll be participating in that.

What if there is no agreement?
If there is no withdrawal agreement and if we’re leaving, then I shall be heading off to northern Majorca for a long period!

The interview was conducted by Aled Griffiths and Amy Sandys.