The EPO's governing body has revised Rules of Procedure which are to come into force on 1st January 2020. Their main objective is to make proceedings faster and more efficient. But the patent community is divided. Some say this efficiency comes at the expense of rulings in the first instance, while others say the changes merely put into words what is already standard practice. 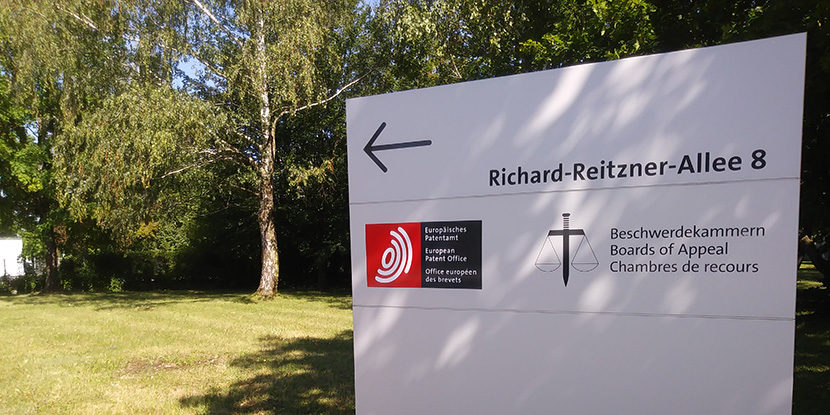 Today, the Enlarged Board of Appeal at the EPO postponed an appeal in case G 1/21 regarding the admissibility of holding compulsory oral proceedings via video ©EPO

“It was time to improve the Rules of Procedure. But the reform is going in the wrong direction,” says Elard Schenck zu Schweinsberg, patent attorney at the mixed Munich law firm Vossius & Partner. In autumn 2018, the EPO conducted an extensive user survey and collected proposals for how to improve its processes. However, many in the European patent community do not see these reflected in the new rules.

There was particular criticism of the amendment to articles 12 and 13 of the Rules of Procedure. The amendment reduces the procedures of the Boards of Appeal to a mere legal review of the first instance decision.

Therefore, an appeal may only be based on documents produced during the examination or opposition or the minutes from the hearing. This severly limits the scope to submit new challenges or auxiliary requests. 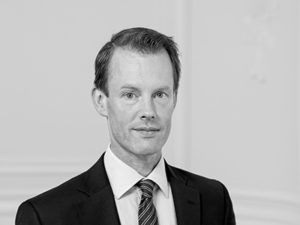 “Thus a correction of the discussion and the first-instance decision at the technical level is largely denied,” says Schenck. As a result, a differentiated judgment that also considers technical aspects that arise subsequently is not possible, he claims.

Torsten Duhme, patent attorney at Witte Weller & Partner in Stuttgart, remarks, “For a one-sided appeal by an applicant whose patent has been rejected, this procedure is plausible and makes sense. But in oppositions with two or more parties, i.e. the patent applicant and one or more opponents, a change in the facts can significantly change the outcome of the first-instance proceedings”.

On the whole, the revised Rules of Procedure leave the parties and Boards with little leeway. This is not entirely new, however. The Boards of Appeal can already exclude new facts or arguments that the parties could have presented in the first instance proceedings but which did not arise.

“This severely limits the scope to submit new challenges or auxiliary requests.”

“Furthermore,” says Duhme, “we have observed for years that the Boards are much more selective in allowing appeals at all.” Therefore the revision merely puts the current practice into words, he adds.

Efficiency at what cost?

The aim of the revision is to increase the efficiency of proceedings. In a recent interview with JUVE Patent, BoA President Carl Josefsson said, “The limited possibilities for parties to amend cases on appeal allow the Boards of Appeal to focus on the core issues. Most judiciaries are reforming their appeal procedure – an appeal shouldn’t be about another case, but rather a review. Parties must decide on their strategies earlier on, and it will become more difficult to pursue delaying tactics. It also means that the appeal proceedings become more predictable for the parties, with fewer surprises. All this contributes to quality.” 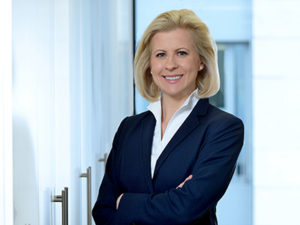 Critics, on the other hand, fear the opposite. “It is likely that the Boards of Appeal will be able to increase efficiency through the new rules. However, this will be at the expense of the litigating parties and the efficiency of the first instance,” claims Natalie Kirchhofer of the Düsseldorf patent law firm Cohausz & Florack. The parties will simply have to file more extensive arguments, auxiliary requests and documents in the first instance. Namely, in the examination and opposition stages of a patent.

This is the only way they can be sure that the Boards of Appeal will take all attacks and lines of defence into account. “There are only three possible categories of grounds for opposition, but the reasons for them can be very different and complex, and a patent holder must defend their patent differently against each attack,” asserts Kirchhofer. If the patent holder had to consider all possible attacks in all possible combinations in the previous instance, this could easily mean up to 40 auxiliary requests in a single case.

“Moreover, in the first instance there is no harmonisation at all with regard to the admissibility of auxiliary requests and challenges, and their consideration in the decision,” criticises Vossius patent attorney Schenck.

All of this is likely to delay the examination and appeal procedures. However, since these are also subject to strict time limits due to the EPO’s efficiency strategy, many applicants fear that the new Rules of Procedure will ultimately be detrimental to the quality of the decisions.

“The revised Rules of Procedure leave the parties and Boards with little leeway.”

Many patent attorneys also see a problem with the transitional period when the revised rules come into force on 1 January 2020. “It would have been fairer to apply the new Rules of Procedure exclusively to oppositions filed after they are implemented,” says Cohausz’s Kirchhofer.

However, in many instances, the new rules already apply to currently pending cases. Namely, those where there will only be a response to the opponent’s appeal or to the Boards of Appeal ‘s preliminary opinion after 1 January 2020. Critics claim this could lead to an imbalance. “Clients who regularly lodge appeals are particularly unhappy about this,” says Schenck.

The prevailing opinion among experts interviewed by JUVE Patent was that the revised Rules of Procedure would hit patent holders disproportionately hard. Jörg Thomaier, Chief IP Counsel and Managing Director of Bayer Intellectual Property, explains: “If an opposition suit leads the EPO to revoke the patent, this outs an end to the intellectual property right. However, if the patent is maintained, an opponent still has the possibility to challenge the IP right again through national nullity proceedings.”

This is why, during the EPO’s 2015 structural reform, Bayer called for a further instance for appeals, independent of the Boards of Appeal. The appellate body could review the decision of the second instance based solely on the legal criteria and would not be involved in regular appeal proceedings. Thomaier states, “The Enlarged Board of Appeal, in its present form, can do so only to a limited extent. After all, it is made up of the members of the Boards of Appeal. A truly independent review is therefore not guaranteed.”

Patent holders must continue to hope for the UPC. Within the unified patent system, says Thomaier, they would have a further instance with the European Court of Justice to review a decision by the EPO Boards of Appeal.