Automotive suppliers Voith and ZF Friedrichshafen have settled a dispute over transmission technology for commercial and rail vehicles. The Regional Court Mannheim and the German Federal Patent Court were involved in a total of three infringement suits and three nullity suits. All complaints have now been withdrawn.

The dispute concerns innovative transmission technology for buses, trucks and rail vehicles. Both opponents are world leaders in this market. 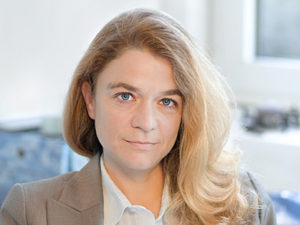 Accordingly, cross-licences were not granted. JUVE Patent research indicates that the companies have not agreed on any compensation. Further details of the settlement are unknown.

It seems the dispute over transmission technology has been going on for some time out of court. In early 2018, ZF finally brought a nullity suit against the Voith patent EP 16 08 895 before the 5th Senate of the Federal Patent Court (case ID: 5 Ni 1/18). The patent protects a heat exchanger for transmissions in buses and trucks. Voith then filed an infringement suit with the 2nd Civil Chamber of the Regional Court Mannheim (case ID: 2 O 219/17).

Irrespective of this case, the two competitors also fought over a different Voith technology for a special drive rod which enables rail vehicles to be driven forwards and backwards (EP 20 98 432). Since Voith’s infringement suit attacked different embodiments sold by ZF Friedrichshafen, the 7th Civil Chamber of the Mannheim court divided up the case (case IDs: 7 O 101/18 and 7 O 13/19).

In addition, the 1st Senate of the Federal Patent Court examined the validity of the corresponding claims separately (case IDs: 1 Ni 12/18 and 1 Ni 4/19). 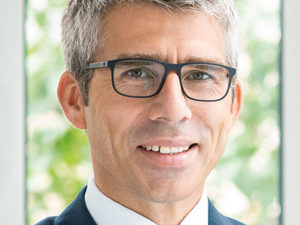 It is unknown exactly what prompted the two companies to settle over the transmission technology. However, the oral hearings at the Regional Court Mannheim in November 2018 and May 2019 did not go in Voith’s favour.

JUVE Patent understands the court had expressed doubts about the infringement suits’ chances of success. In addition, the Federal Patent Court had indicated that EP 16 08 895 is probably valid.

It is customary in the German automotive supplier industry that the two opponents retain the law firms of long-term cooperation.

The patent attorney firm Weitzel & Partner filed the two disputed patents on Voith’s behalf. The company also retains Meissner Bolte & Partner for patent applications. However, the company submits the majority of applications itself.

In IP matters and infringement proceedings, Voith has worked with Stephan Gruber for some time. Gruber moved from Preu Bohlig & Partner to CBH in 2017 and has advised Voith for many years on paper machinery. Furthermore, Eva Geschke, partner at the Düsseldorf IP litigation firm Wildanger, has advised Voith on car parts for many years.

Gruber, together with the patent department, conducted the nullity proceedings for the heat exchanger patent without external patent attorneys. Yet, Sven Hendrik Schmidt of Weitzel & Partner worked with Geschke in the dispute over the drive rod.

Furthermore, ZF Friedrichshafen’s IP and patent department has worked with Sebastian Heim from Beiten Burkhardt for many years.

ZF waived the involvement of external patent attorneys, unusual for such cases. When filing patent applications, the supplier tends to rely primarily on the expertise of its own patent department.