First days of IPCom: the battle with Nokia begins

On February 15 2020, IPCom's famous 100 patent family expired. The non-practising entity first filed a €12 billion claim against Nokia in 2008. At the time, JUVE Patent had a front-row seat at the feud. It all began with IPCom, Bernhard Frohwitter and the first major lawsuit by an NPE against the mobile phone industry in Europe. 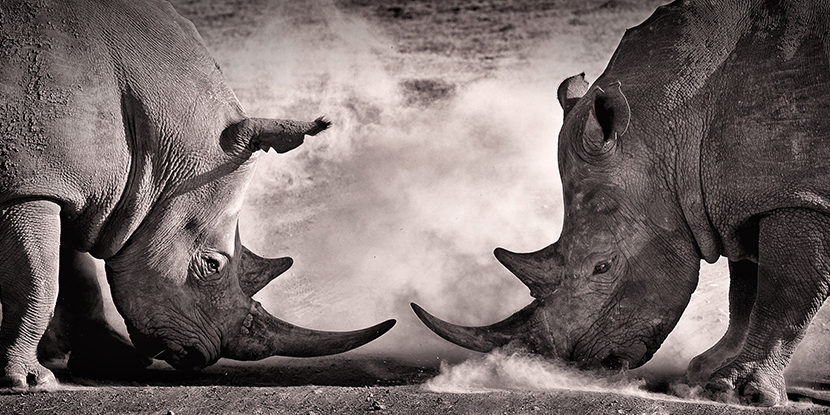 Editor’s note: this article on IPCom’s patent was first published in German in 2008 in JUVE’s azur magazine.

Bernhard Frohwitter knows exactly what he’s doing. The Munich lawyer is an old hand in patent law. Over the past 30 years, he’s fought countless patent battles. Since January 2008, Frohwitter has been waging war on Finnish mobile phone giant Nokia.

IPCom is allegedly demanding €12 billion. Even for a global company like Nokia, this is a monumental sum. Unsurprisingly, the mobile phone manufacturer will not take this lying down.

IPCom is allegedly demanding €12 billion. Even for a global company like Nokia, this is a monumental sum

As the trial kicks off at Mannheim Regional Court, Frohwitter is confident. Dressed in white trousers and a blue blazer, the polemical lawyer and businessman makes his way through the court’s grey entrance hall. His lawyers have already arrived. A colleague from Frohwitter’s firm hurries to meet the boss and relieve him of his case.

Shortly after, two dozen solemn-faced men in dark clothing arrive. They stand grouped together in a corner of the entrance hall, waiting to be admitted to Courtroom 5. The men are a mixture of Nokia representatives and lawyers from other mobile phone companies. The latter have come to observe the trial, anxious they’ll be next in the firing line. Frohwitter’s suit against Nokia has shaken the industry.

Without so much as a glance in the opponents’ direction, Frohwitter heads for a small group of lawyers at the opposite corner of the hall. He is greeted by his litigator, Hengeler Mueller partner Wolfgang Kellenter, and patent attorney Jan Gigerich, as well as two other attorneys from Frohwitter’s own firm. Nokia’s counsel outnumber IPCom four to one.

After a while, Frohwitter breaks away from his small circle of lawyers and heads for the opposing team. A lawyer of a similar age approaches him. It’s Wolfgang von Meibom. The two have faced off in court many times over the years.

Both are the heads of law firms which enjoy a good reputation in patent law. Frohwitter founded his own practice in Munich in 1998, before founding IPCom in 2007. The company’s capital stock consists of patents, which Frohwitter purchased from Robert Bosch GmbH with considerable financial backing from the private equity company Fortress. Von Meibom is the head of law firm Bird & Bird in Germany. Nokia is one of the firm’s most important clients.

After a brief handshake and sober greeting, the two once again fall silent. This morning, an incredible €12 billion stands between them.

IPCom accuses Nokia of violating its patents for the transmission of short messages. Presiding judge Andreas Voß opens the hearing by describing the case as “a matter of considerable importance and scope” before the lawyers take to the floor.

State of the art

Initially, the lawyers begin bombarding the judge with technical and legal arguments. Then Oliver Jüngst, a young partner on von Meibom’s team, calmly and competently presents the arguments for Nokia. Jüngst explains why the allegation is nonsense, with this part of the hearing predominantly concerning mobile phone technology. It is one of Jüngst’s main tasks as a specialist in patent law to explain this technology to the judge. 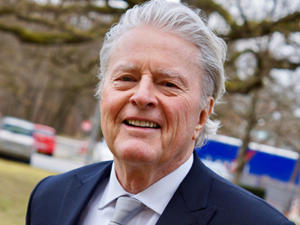 Once the two Nokia lawyers have presented their positions, Wolfgang Kellenter explains to the judge why his client IPCom insists that Nokia is infringing its patents.

At the back of the courtroom, pens fly across paper. The observers are furiously scribbling down every argument put forward by IPCom’s counsel, as well as every statement from Voß. Monotonous whispering is heard from the two interpreters for the foreign lawyers, who have travelled here specially.

After two hours of proceedings, the air in the courtroom is stale. Fatigue is setting in. Voß, on the other hand, is wide awake and quick to seize on any weakness in the parties’ statements. “He knows the briefs inside out,” whispers one of the trial observers to his neighbour.

Voß wants to know, for example, what the headers in the first data field are about. Kellenter tells the judge the patents do not mention headers. “They absolutely do mention headers,” contradicts Nokia lawyer Oliver Jüngst. “The plaintiff is twisting the wording of the claim,” interjects Wolfgang vom Meibom, who has until now left the arguments to his partner. The audience sits up straighter; finally, the lawyers are getting down to business.

“Headers are based on a more complex technology,” explains Nokia patent attorney Samson-Himmelstjerna to Voß. “If your mobile phone shows the sender of an MMS, for example, it’s the header that does that.” Voß jokes that his mobile phone cannot receive MMS to a short burst of laughter.

The judge has understood the positions of the parties. He has no more questions. It’s time for a 15-minute break.

Rejuvenated, Nokia lawyer von Meibom goes on the attack. “We move for a stay of proceedings until the Nokia versus Bosch case is settled.” Today’s trial will not be the only one in this extensive series of cases. There are eleven infringement actions by IPCom, one nullity action by Nokia and a previous suit between Nokia and Robert Bosch, the former owner of the patents. 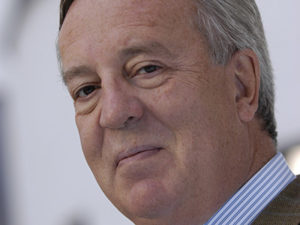 In important patent cases, the parties typically drown each other in a flood of litigation. However, in this case, the dispute is not really about the infringement. Rather, it’s about the licence fee. Both parties want to conclude a licence agreement for the standard essential patents and this licence must be fundamentally fair.

However, FRAND rules do not govern licence fees. As a result, Nokia and the respective rights holders have been negotiating for quite some time. Nokia had wanted to agree on a licence with Bosch back in 2000.

After negotiations failed, Nokia filed for a declaratory judgment in 2006 in an attempt to have the use of the patents legally established. This will be heard in Mannheim in October and could see the court comment for the first time on FRAND licence fees.

Von Meibom is hoping for a positive declaratory judgment for Nokia and is therefore calling for the current trial to be suspended. He also explains Nokia’s alternative litigation strategy to the court. As Nokia is leading the nullity suit, the initial plea is that the company did not benefit from IPCom’s patents, says von Meibom. This means that Nokia is not infringing the patents.

“Then simply accept one on FRAND terms, Wolfgang,” says Frohwitter

“And if that doesn’t help,” continues the Bird & Bird partner, “we’ll enforce a contractual arrangement with Bosch, or, alternatively, a preliminary contract. We just never agreed with the patent holders on the remuneration. Now we have to reach an agreement according to FRAND.”

“Then simply accept one on FRAND terms, Wolfgang,” says Bernhard Frohwitter, intervening in the proceedings for the first time. After 40 minutes of the opposing counsel’s arguments, he is visibly displeased. “Yes, yes, Bernhard, we all know you’re worked up,” counters von Meibom.

Both parties had already indicated their willingness to conclude a licence agreement before proceedings began. But on which terms is yet to be clarified.

“They only want to pay a ridiculous €12.5 million.” Frohwitter is incredulous. This is exactly the same amount that Samsung pays to IPCom, von Meibom points out. “But Nokia generates 1.7 times more revenue, so we’re willing to pay that.” Then von Meibom makes a second offer of €35 million. This is the sum that Bosch once demanded from Nokia.

“Not enough,” says Frohwitter, “we want FRAND.” An IPCom representative calculated in advance of the trial that the usual rate is five percent of the market value. This would mean Nokia would have to pay around €600 million per year. Extrapolated over a service life of 20 years, this would result in €12 billion.

“Completely absurd. Such a sum is not demanded by a market player, but by a troll,” von Meibom fumes

“Completely absurd,” von Meibom fumes. “Such a sum is not demanded by a market player, but by a troll.”

It is a serious accusation. Patent trolls, also known as patent sharks, are known mainly in the US. They are unpopular because instead of developing their own patents, so-called patent trolls acquire them with the help of investors. The objective of the purchase is not to use the protected technology, but to maximise profits through licence payments.

It is precisely because patent trolls do not produce any products that they are a threat to industrial companies. This is because companies cannot fight back by waging war on their opponent’s products. Manufacturing companies often neutralise the mutual threat to each other by amassing large patent portfolios. But patent trolls operate outside the usual system.

Frohwitter rejected such accusations even before the trial began. The usual practice of a patent troll is to sue on the mere suspicion of a patent infringement. In press talks Frohwitter made it clear that IPCom was suing Nokia based on specific cases of patent infringement. In the courtroom, Frohwitter points out that he had been in charge of the disputed patents before purchasing them from his ex-client Bosch to represent the rights of the inventors.

“Judge Voß, if somebody calls us a troll one more time there will be criminal consequences,” warns Frohwitter

“Judge Voß, if somebody calls us a troll one more time there will be criminal consequences,” warns Frohwitter. Jeers and laughter erupt from the Nokia bench. Von Meibom waves dismissively.

Voß intervenes, “Gentlemen, I think it’s clear to all that it is not the purpose of this court to rule on the definition of a patent troll.”

A long way to go

The judge’s stern declaration brings the party representatives back to the question at hand – the licence fee.

“We’ve been negotiating a licence with Nokia for years. A dozen other companies pay for a licence, only Nokia does not,” Frohwitter reiterates. “We just want FRAND. How much that is, we cannot agree. You decide, Judge Voß.”

“It would be wiser if you were to agree on a licence,” emphasises Voß. “I must, by law, make that clear to you. But both parties have impressively emphasised that they are unlikely to come to an agreement.”

“We just want FRAND. How much that is, we cannot agree. You decide, Judge Voß,” says Frohwitter

After four hours of hearings, Voß sets the date for a verdict at 28 November. Relieved and exhausted, the crowd shuffles out of the stuffy courtroom.

“See you next Friday,” a lawyer calls out to his colleague. He is referring to round two, when IPCom and Nokia will meet for the second time and argue over further patents. None of the lawsuits will bring a final decision, but each positive verdict improves the negotiating position of one of the two opponents.

But if IPCom and Nokia fail to reach an agreement, the Federal Court of Justice may have the last word – and it will be a long and costly road.