The UK Supreme Court has released its long-awaited judgment in the transgenic mice dispute between biotechnology companies Kymab and Regeneron. In what has come as a surprise to many pharma lawyers, the court upholds Kymab's appeal. The Supreme Court's decision sets a precedent regarding sufficiency in UK patent jurisprudence. 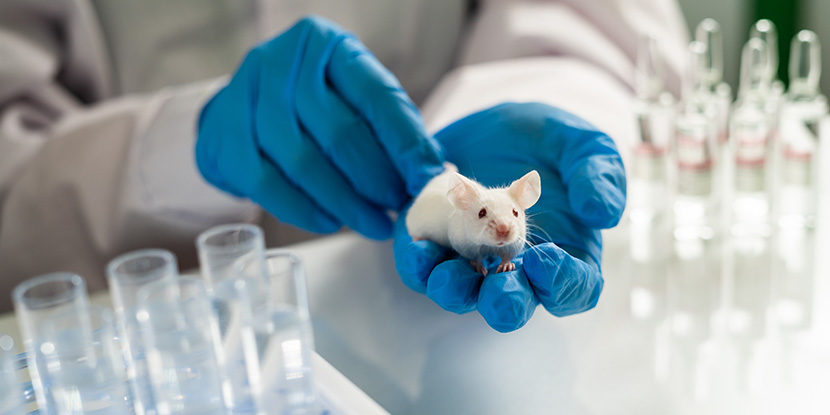 The Supreme Court has released its judgment in the case between Kymab and Regeneron, in what is widely perceived to be a groundbreaking case concerning transgenic mouse technology. The court has upheld Kymab’s appeal, and invalidated and revoked the patents held by Regeneron. The decision is a dissent from the previous Court of Appeal judgment, which had upheld biotechnology company Regeneron’s patents. Conversely, the decision now allows Kymab’s patents for transgenic mice, or ‘Kymice.’

The appeal proceedings took place on 11 February 2020, when the UK Supreme Court heard an appeal from Kymab against another biotechnology company, Regeneron. The hearing concluded seven years of litigation between the two parties. At the forefront of the dispute is groundbreaking technology which concerns antibody-producing mice. According to the parties, the antibodies can help tackle some of the world’s most challenging diseases including HIV, Ebola, malaria and cancer. Pertinently, it also supports a potential COVID-19 vaccine development.

Regeneron first filed its patents for genetically-modified mice in 2001. Kymab began proceedings in 2013. In upholding Kymab’s appeal, the Supreme Court has clarified its position on sufficiency.

In 2013, Regeneron sued Kymab for infringement of its patents relating to transgenic mouse technology. The proceedings concerned Regeneron’s VelocImmune transgenic mice platform, for patents EP UK 13 60 287 and EP UK 22 64 163. However, the two Regeneron patents were found invalid for insufficiency at the first instance. But judge David Kitchin also noted that, had the patents been valid, Kymab would have infringed them through its use of transgenic mice. This conclusion meant that both parties could appeal the respective findings.

In response, Kymab argued that the 2001 patents filed by Regeneron were invalid due to lack of sufficiency. The UK company suggested that a person skilled in the art would not be able to reproduce the invention. Ultimately, the Court of Appeal declared that Regeneron’s patents held enough information to enable a person skilled in the art to reproduce the process to a certain extent, although also found the sufficiency point did not stretch to the whole patent application.

Despite this lack of coverage, the Court of Appeal upheld the patents, and Kymab appealed the decision. The Supreme Court has now declared its judgment in Kymab’s favour. However, some laywers speculate about what this means for the UK life sciences industry going forward.

Commenting on the judgment, Nicole Jadeja, IP partner at the London office of Pinsent Masons, says, “The clear message is that patentees take a risk if they file too early based on aspiration and not technical contribution. This can be challenging for patentees and, in particular, biotechs which often grapple with when to file. If patentees file too early, they may not cover the full scope of their contribution. But filing too late can mean that the biotechs are unable to secure investment.”

Another UK patent lawyer says, “For the biotech industry, this decision means that even when you have a very big invention, the patent claim must be limited to products you can actually make at the moment you file your patent application. This means that if others make improvements to the fundamental invention over time, the patent protection for the underlying invention will be illusory.”

Interestingly, while four judges held the same opinion – namely that Kymab’s appeal is allowed and Regeneron’s patents are invalid – one judge dissented. Jill Black proffered an opinion largely in agreement with the Court of Appeal’s original decision, arguing the Regeneron patents are valid ‘on the principle of general application’.

Judge Michael Briggs delivered the majority judgment. However, some observers have also expressed surprise at the timetable of judgments. Despite the Unwired Planet and Huawei case being heard before the case between Kymab and Regeneron, the court released the latter judgment first. Speculation over the delay in the Unwired Planet and Huawei case continues to gather traction.

The case between Regeneron and Kymab has been running for seven years and, as a result, has experienced some changes in its counsel. For Regeneron, Nicola Dagg and Katie Coltart initially took on the case while still at Allen & Overy. Dagg brought the client over to Kirkland & Ellis following her highly-publicised move there in 2018, retaining Coltart on the case while adding more counsel.

However, Dagg and Coltart’s former firm Allen & Overy remains as co-counsel for Regeneron regarding some aspects of the case. Partner Neville Cordell leads for the latter firm.

Kymab initially chose the London office of Norton Rose to conduct its litigation in the first instance. However, following the case management phase, Kymab then referred the work to London-based Powell Gilbert.

The patent boutique then led litigation in the first and second instance proceedings. Penny Gilbert, the partner leading the case, specialises in life sciences.

In-house counsel for Kymab, Diane Mellett, was previously general counsel at Cambridge Antibody Technology Group. Penny Gilbert had previously advised the group, which is how the contact between the parties began.