The Federal Cartel Office has weighed in on the dispute between Daimler and SEP holder Nokia, with an opinion aimed at the Mannheim Regional Court. The office calls on the court to suspend a lawsuit from Nokia and allow the CJEU to clarify the details. This intervention would hinder the connected cars lawsuits filed by Nokia and other members of the Avanci pool. 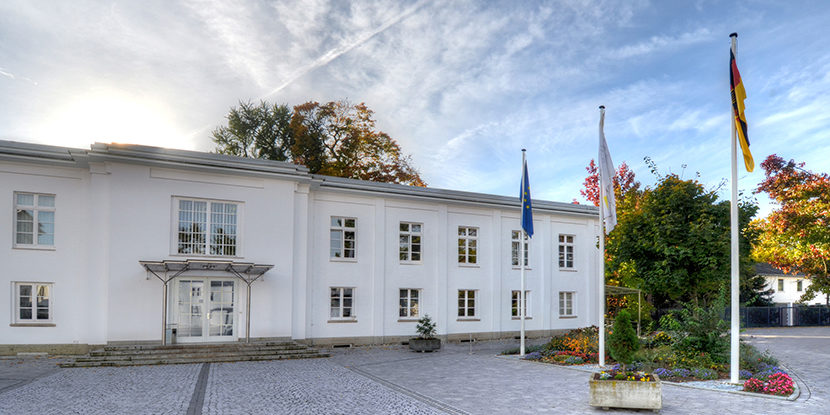 Last week, the German Federal Cartel Office sent its opinion to Mannheim Regional Court. In the opinion, the office recommends the suspension of one of ten lawsuits filed by Nokia against Daimler (case ID 2 O 34/19). The court heard the case on 19 May.

Nokia’s complaint concerns EP 29 81 103 B1, which is relevant to UMTS and LTE mobile phone standards. Nokia is seeking an injunction against Daimler.

However, both sides accuse the other of not making a FRAND-compliant licence offer. The Court of Justice of the European Union (CJEU) stipulates that an SEP holder must make a FRAND-compliant offer when suing for an injunction. The same goes for an implementer invoking a compulsory licence. This is laid down in the CJEU’s so-called FRAND rules.

Daimler and its co-litigants complain that Nokia only wants to grant a licence to Daimler, and not the latter’s suppliers. According to FRAND rules, SEP holders must give a licence to every market participant. On the other hand, Nokia argues that suppliers do not have a right to a licence. Rather, argues Nokia, the suppliers have a right to access the technology.

The Federal Cartel Office now wants the CJEU to clarify this relationship in the supply chain. In its opinion, made available to JUVE Patent, the office recommends that the regional court send four key questions to Luxembourg.

Firstly, is it an abuse of a dominant position if an SEP holder, such as Nokia, refuses to licence a supplier, but sues the end-product manufacturer (in this case Daimler) for patent infringement and injunction? Can Daimler plead that Nokia’s conduct towards a supplier contravenes antitrust law?

Secondly, is an SEP holder free to choose which company in a supply chain to sue for patent infringement, or is there fixed criteria?

Thirdly, the CJEU should define clear cases in which companies at certain stages of the supply chain can be excluded from a licensing offer.

Fourthly, are SEP holders free to decide to offer a FRAND licence only to companies at a certain stage in the production chain?

Mannheim Regional Court must now decide whether to comply with the Federal Cartel Office’s request and suspend the proceedings. Roman Bonn, vice president intellectual property at Continental, says,”If Mannheim suspends, this could send a signal for all proceedings.”

Two weeks ago, the court postponed handing down a judgment until August 4. Bonn says, “In my view, it is a strong sign that the Federal Cartel Office has significant doubts about the legality of Nokia’s decision not to licence its SEP directly to suppliers and is already expressing this in the first instance proceedings.”

The Mannheim proceedings are part of a larger dispute between the members of the Avanci pool Nokia, Sharp and Conversant on the one hand, and Daimler and its suppliers of connectivity modules (so-called telematics control units), on the other. The latter include Continental, Valeo, Harman International and Robert Bosch.

Avanci claims to offer customised licensing solutions for the automotive industry as regards SEPs. The patent pool itself is not suing Daimler.

Clemens Heusch, global head of dispute resolution at Nokia, told JUVE Patent, “The statement of the Federal Cartel Office is surprising. It seems they have heard the views of the German automotive industry but not those of us, the inventors.”

Heusch says, “The Office did not give us an opportunity to comment before expressing its view to the Regional Court of Mannheim. These are complex topics and we believe that a balanced system requires that the views of both implementers and innovators are heard before reaching conclusions.”

Role of the European Commission

But many experts are reading into the silence. The EC intervened in the proceedings at an early stage. Daimler and several suppliers submitted a complaint in Brussels, claiming Nokia’s behaviour contravened antitrust law. As a result, the EC put pressure on the parties, which engaged in mediation at the turn of the year. However, the mediation process was unsuccessful. To date, the European Commission has not initiated formal proceedings against Nokia.

Thus, representatives on both sides have repeatedly speculated that the EC is reluctant to make a decision. On the one hand, the EC probably does not want to weaken the European car industry. However, on the other hand it is important to strengthen the European telecommunications industry, which experts claim has a weak position globally.

Two well-known industry players, Nokia and Ericsson are members of the Avanci pool.

The European Commission and the Federal Cartel Office are always in close contact on such issues, explains a Düsseldorf lawyer. “There are talks. The commission has other concerns at the moment and Nokia’s alleged market-abusive behaviour is low down on its agenda. So a workaround through an opinion from the Federal Cartel Office is an elegant solution for the European antitrust authorities.”

According to JUVE Patent’s information, the Federal Cartel Office opinion is an unprecedented event in patent proceedings.

A lawyer confirms that the pressure is great. There are many conversations going on behind the scenes. According to well-informed lawyers, the very different interpretations of the CJEU regulations by the German patent courts are a particular thorn in the side of the Federal Ministry of Justice. However, JUVE Patent has not seen any evidence of such interventions.

Most recently, the regional courts of Mannheim and Munich are most prominent in the Nokia proceedings. The market considers the courts SEP-friendly. In May, the Federal Court of Justice also weakened the position of implementers in Germany with its decision on Sisvel’s suit against Haier.

The reasons for the decision are not yet available. The Federal Cartel Office’s opinion explicitly mentions the inconsistent case law in Germany concerning SEPs and FRAND.

“Mannheim Regional Court will now have no choice but to suspend the proceedings and refer the matter to the CJEU,” claims a lawyer. “This would put Nokia and the Avanci pool in a considerably more difficult position.”

Coming to a head

As a result, the regional courts of Mannheim, Munich and Düsseldorf would probably suspend all proceedings from the Avanci pool against Daimler until Luxembourg makes a decision.

Nokia is suing Daimler over ten patents. Avanci members Sharp and Conversant have so far filed five and four lawsuits respectively. The Avanci members have not yet received a positive verdict.

However, observers believe that Nokia has a good chance of obtaining an injunction against Daimler in a Munich case. These proceedings have been resumed in order to re-examine the legal validity of the patent. Observers expect a verdict this summer.

In the present Mannheim case, it seems Nokia has a good chance of gaining an injunction following the oral hearing on 19 May. The court was originally set to rule today (23 June), but the court postponed the decision until 4 August. (Co-author: Christina Schulze)