The UK High Court has found that social media platforms Facebook and Instagram do not infringe a patent owned by Voxer. Through the UK's Shorter Trials Scheme, Facebook ensured its validity decision was handed down before the German Federal Patent Court releases its expected decision. 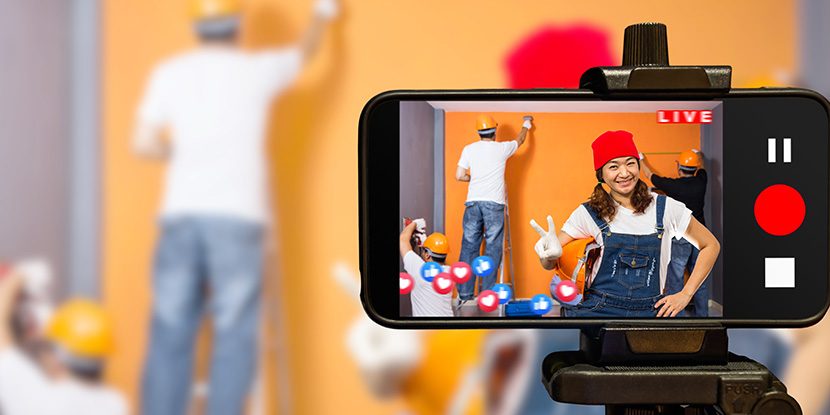 The UK High Court has found that Facebook did not infringe a patent belonging to app company Voxer, with the patent subsequently being found invalid ©princeoflove/ADOBE STOCK

Voxer contends that Facebook’s live broadcast feature, available through the website and through the Facebook and Instagram apps, infringes the patent. However, Facebook then counterclaimed for invalidity in the UK. Now the UK High Court has upheld that EP 259 is non-infringed and invalid, and revoked the patent. The current dispute covers only the functionality on the iOS operating system, which runs via Apple products.

Another case pursued by Voxer concerned the application on Android devices. However, before the trial Voxer clarified the functionality of its Android apps and withdrew its accusation of infringement. The UK High Court dismissed this, granting Facebook another declaration of non-infringement.

In July 2020, Facebook applied to have the revocation action heard under the Shorter Trials Scheme (STS). This UK-based scheme gives the claimant the possiblity to get to trial in under 12 months. This was a strategic move by Facebook, which was keen to receive the UK decision on validity before the German courts could decide on the infringement proceedings. It appears the tactic has worked, since the German judgment is not yet available.

Indeed, in presiding judge Colin Birss’ decision to permit the case to be heard before the STS, he says, “[Facebook] makes no secret of the fact that one of its motivations is in order to have a decision on the validity of the UK patent prior to the consideration of the infringement claim brought by Voxer in Germany.”

Thus, in a hearing earlier in 2021, Facebook challenged the validity of EP 259. This was based on lack of novelty and/or obviousness over two pieces of prior art cited by Voxer in its patent application. The social media company also suggested that the patent was insufficient. Presiding judge Birss allowed Voxer’s two unconditional claims to amend the patent, which made the patent novel, not obvious and sufficient.

However, Birss found EP 259 obvious over the second piece of prior art. As such, the court invalidated the patent.

During the proceedings, Facebook argued that it has a so-called Formstein defence. Formstein is an extension of the Gilette principle, which states that a patentee cannot make a claim which is not new or was obvious at the priority date.

Derived from German case law, although also applicable in the Netherlands and the US, the Formstein defence considers how to apply the Gilette principle in the context of such cases where the court makes a finding of non-infringement based on the doctrine of equivalents.

In the Facebook vs. Voxer judgment, presiding judge Birss notes that Formstein is rarely used in UK case law. This is “since the parties need to know whether a patent is valid and infringed, or simply invalid.” Birss decided not to apply the principles in the current situation, since the court found the patent non-infringed  based on normal construction, as well as the doctrine of equivalents. However, Birss notes that the court could have applied Formstein, given the case’s circumstances.

In the judgment, Birss says, “If I did have to decide the matter, I would hold that the right approach is the Formstein approach so that the conclusion if the equivalent device lacks novelty or is obvious is that the claim scope must be confined to its normal construction in that respect.”

German and US proceedings

Parallel infringement and validity actions are taking place in Germany, concerning two patents. In Munich, Voxer claimed infringement of the patents against the US and the European Facebook subsidiary, and Instagram, (case numbers: 21 O 517/20 and 21 O 577/20, and 21 O 158/20 and 21 O 170/20 respectively), with Facebook challenging the patents at the Federal Patent Court. However, observers do not expect the court to release its judgment until later in June.

Freshfields Bruckhaus Deringer has a long-standing relationship with Facebook in both the UK and Germany, with newly-made-up partner Laura Whiting heading the case in London. However, the current case against Voxer is the social media platform’s first patent litigation in the UK.

In Germany, this is the second time Facebook has engaged in patent litigation, the first time being against Blackberry over software patents. In the current case, Freshfields partner Wolrad Prinz zu Waldeck und Pyrmont leads for Facebook. Patent attorney Samson & Partner also worked for the social media company in the proceedings in Germany.

Quinn Emanuel Urquhart & Sullivan represented Voxer in both the UK and Germany, although the team currently has no patent presence in London. Instead, competition partner Kate Vernon led the case in London. Munich partner Jérôme Kommer leads for Voxer in Germany.

Update: On 23 June 2021, Munich Higher Regional Court found in favour of Voxer. The court found that the ‘Live’ functionality in the Facebook and Instagram iOS apps and the Facebook website infringes the Voxer patent. In the two cases – against Facebook Ireland and Facebook, Inc. and Instagram, LLC. – the injunction is enforceable against the provision of a security deposit of 1.5 million euros.

This article was updated on 24.06.2021 to reflect the latest developments in the German proceedings.