JUVE Patent News & Stories People & Business Roman Bonn: “The issue of SEP licences is by no means off the table”
In-house interview

Following Nokia’s connected cars settlement with Daimler, German auto supplier Continental announced its intention to proceed with its lawsuit against the SEP owner. In an interview with JUVE Patent, Roman Bonn, Senior Vice President Intellectual Property at Continental, explains the reasons behind this decision. 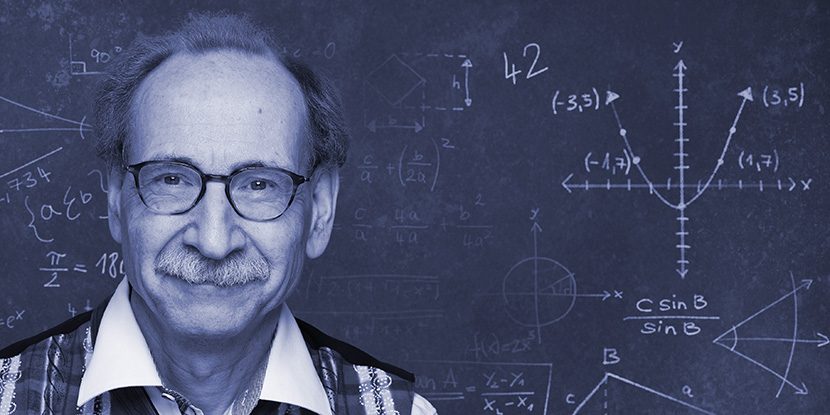 JUVE Patent: How do the agreements between Nokia and Daimler affect suppliers such as Continental?
Roman Bonn: The lawsuits have been withdrawn and Daimler has a licence. The suppliers, on the other hand, do not. The decisive question for us is therefore how to obtain a licence, for example via the court proceedings in the Northern District of Texas. Of course, we need to avoid “double dipping” so that we do not end up paying royalties twice for the same product. Additionally, the out-of-court settlement between Daimler and Nokia still lacks a binding legal framework for key issues in SEP licensing. This is exactly what Nokia wanted to achieve.

But the licence agreement means that suppliers can now supply their products to Daimler without violating Nokia’s SEPs?
We don’t know, because we don’t know the details of Daimler’s agreement with Nokia. And whether we’ll get to see it is open at best. For now, we are supplying to someone who we assume is entitled to use them.

“For Continental, uncertainty remains about whether we infringe the patents”

But for us, the uncertainty remains whether we will be infringing the patents if we continue to offer and supply our products to Daimler. Since we also developed the disputed products ourselves, we cannot claim to be Daimler’s extended workbench. In addition, we want to continue to innovate in the area of networking. That is why Continental also urgently needs its own licence.

Daimler always insisted that the suppliers, rather than the car manufacturers, should take the licence from Nokia. In the end, Daimler took the licence. Does this weaken the suppliers’ position?
We don’t know the agreements between Nokia and Daimler. We only know from the press release that Daimler accepted a Nokia licence, but not the Avanci licence. But this covers only a small part of the SEPs. Other members of the Avanci pool could, like Nokia, demand a licence from Daimler and sue. So the issue is by no means off the table for any of us. There is only an agreement between Nokia and Daimler.

For Continental, this has changed almost nothing. After all, we also supply other customers with our products. We are also trying to obtain a licence in order to settle the issue for us as a whole, i.e. for all our products containing this technology and with regards to all our customers, whether in the automotive industry or in the Internet of Things.

Is this also why Continental has now announced that, despite the settlement, it will continue to pursue the complaint against Nokia with the EU Commission, and FRAND declarative actions in the US?
Yes, but we are not just concerned with connectivity in the automotive industry, we are concerned with Internet of Things processes as a whole. Everyone knows the 5G standard will be unavoidable in the future. However, the settlement between Daimler and Nokia does not cover 5G. And dealing with mobile phone SEPs does not just affect a few manufacturers in the automotive industry, but many thousands of manufacturers of future IoT products.

The issue of licensing in production chains extends well beyond the automotive industry and therefore must also be solved, rather than companies simply bowing to pressure from SEP holders like Nokia, which can bring even companies like Daimler to their knees.

What exactly is Continental demanding from the EU Commission?
By refusing to grant its own unrestricted licence to willing suppliers such as Continental, Nokia is abusing its dominant position, which it has by virtue of its SEPs. This was the central question for us, which the Düsseldorf Regional Court referred to the European Court of Justice for preliminary clarification. This is now no longer possible. However, the need for clarification at European level remains. And that is precisely what we want to achieve with our complaint to the EU Commission.

As a company willing to obtain a licence, we are entitled to our own FRAND licence from Nokia. Independently of this, it is important to us that the Commission, in its efforts to create an efficient framework for SEP licensing, ensures that customers cannot be ordered to cease and desist in cases where a supplier is willing to take a licence. The supplier can only negotiate on an equal footing if the customer is not threatened with the shutdown of its production

Will Continental make new arguments?
The legal arguments are essentially the same. The legal situation has not changed as a result of the settlement between Nokia and Daimler. According to our interpretation, the settlement also came about as a result of the pressure to cease and desist, and the fact that Daimler was constantly threatened with a production shutdown. So we’re not talking about a theoretical legal problem here, but a real one. Namely, that pressure can be built up via injunctions in Germany, which not only prevents negotiations from taking place on an equal footing, but also hinders an SEP licensing solution that is fair to industry.

Over the past two years, the European Commission seemed to be dragging its feet over the complaints of some Daimler suppliers. How do you intend to get it to pass a ruling?
We have asked the Commission a very simple antitrust question: Is the action of Nokia and other SEP holders a violation of Article 102, i.e. an abuse of a dominant position, yes or no? Now that the proceedings at the CJEU have been settled without having begun in substance, the pressure for the EU Commission to act has certainly increased once again.

In view of more than one billion 5G IoT applications in the future, which will of course also affect the interests of European industry, the Commission cannot hide behind the concerns of European network equipment suppliers. Networks that have to make do without 5G applications from Europe are not in the interest of Europe.

Does Continental have supporters for its chosen course of action?
There are numerous companies – incidentally also from IoT – that support us in both complaints but are not particularly vocal in the media.

Do other automotive suppliers have similar plans to Continental?
Since we don’t know what other companies are planning, this remains to be seen.

What is the current status of the US proceedings?
Our lawsuit against the Avanci pool and some of its members is currently appealing to the Fifth Circuit Court of Appeals in the US. The parties’ briefs have been submitted and now the parties are waiting for the oral hearing to be scheduled.  Third parties have submitted amicus curiae briefs and the court might also ask the Department of Justice to give its opinion.

In the Delaware case, the Federal District Court must decide whether the case will be referred back to the Court of Chancery in Delaware, which is where Continental filed the case.  Nokia removed the case to Federal Court by claiming that our lawsuit involved questions of federal law. We think that is wrong and the case should be sent back to the Court of Chancery so that Continental can move forward and obtain a decision on the parties’ dispute over FRAND royalty rates.

Do you now plan to increase the pressure on Nokia, for example by pursuing further proceedings?
We have put forward our arguments. If they are effective, I am sure we will bring about a clarification with Nokia.

The connected car wars are far from over, but a first major case is now settled. What have you learned during two years of Nokia vs. Daimler?
From the fact that various courts have already suspended proceedings because they do not consider patents to be legally valid, we can see that this is a relatively weak issue. There are certainly good and legally valid SEPs, but many are also granted wrongly. What CJEU Advocate General Melchior Watelet already said in his opinion on Huawei v. ZTE applies. There are so many alleged SEPs. Companies are not in a position to evaluate them all. Not even the SEP holders seem to be able to do so reasonably.

At the same time, we see that innovation in mobile communications is now not coming from groundbreaking inventions. 5G, for instance, is faster primarily because the frequency is being increased and network operators are building a denser network of cell towers.

“With 5G and IoT, it’s even more important to clarify the fundamental issues”

This shows that with 5G and IoT, it’s even more important to clarify the fundamental issues that the auto industry is currently fighting over with SEP holders. There must be legal certainty, and quickly. This also includes the German courts finding consensus. And policymakers must strengthen the rights of users. They can’t just look to technical sovereignty in network expansion.

This interview was conducted by Mathieu Klos.