JUVE Patent News & Stories People & Business Jörg Thomaier: “A company must have the right to show up at the EPO”
In-house interview

The European Patent Office's decision to allow compulsory video hearings has caused controversy among some parties. Among them is Bayer, which last week filed an amicus curiae brief to the EPO Boards of Appeal in response to the Boards' G 1/21 hearing, due to take place on 28 May. JUVE Patent spoke to Jörg Thomaier, head of IP at the life sciences conglomerate, to hear his suggestions about how the EPO could handle oral proceedings in the future. 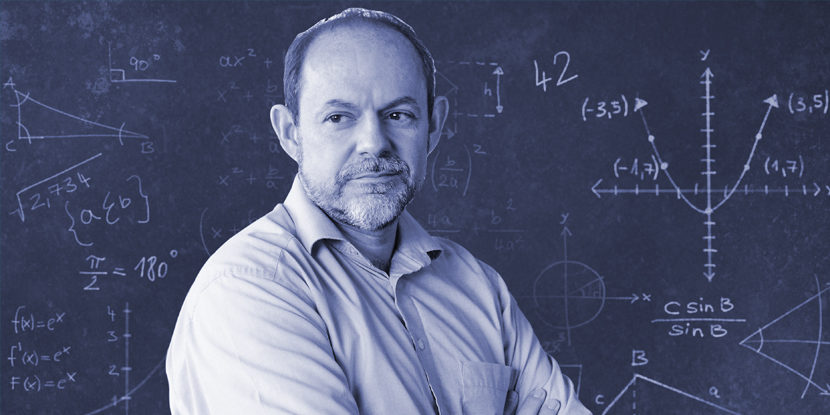 JUVE Patent: Why is Bayer so vocal about its opposition to oral proceedings conducted via video?
Jörg Thomaier: Bayer is being very vocal against the compulsory part of it, because we don’t see there being any power from the authorities to force everyone into video conferencing. We have the right to be heard, according to the European Patent Convention, and the right to be heard does not mean just calling in. Of course, on one level video conferencing is more than just being on the phone. But it’s still not the same as having a live discussion.

Which problems can arise with oral hearings via video conference?
I am not against video conferencing. I think it’s very useful for many things. It’s easy, there’s much less travelling, and it saves a lot of time and money. If all parties say, “Great, we’re going to do it on video,” then the office may do it on video. But in a central and important case, where a company takes a core patent and pays to defend it before the Boards of Appeal, you should be able to defend your patent.

A company must have the right to show up and look the other parties in the eye, because a lot of communication between people is non-verbal. It’s just not the same on video.

What about the number of parties?
Sometimes Bayer is involved in proceedings where we discuss our heavily-disputed plant patents. This can include up to 13 opponents – this is, to say the least, very difficult to manage with that many participants. Firstly, technically, because sometimes the systems break down and the hearings get messed up on the video.

Secondly, vivid discussions are slowed down in large video meetings with too many contributors. At least with the option of a hybrid hearing, some of these 13 parties will say, “Yes, we will attend but it’s fine to be there via video.” But other parties will want to be active.

What do you see as the alternative to compulsory video hearings?
I am pushing for hybrid hearings. If I am the defending party and want to be there to defend, I will be there. And if the attacking party says it’s OK on video, they should be able to participate by video.

When should the EPO hear an oral proceeding in person, as opposed to via video?
In a complicated case. There could be a lot of back and forth questions, which is much harder to do on video. Secondly, it’s down to the importance. I think that only being there in person could satisfy EPC Article 116 regarding fair treatment, so we would know that Bayer has done everything possible to defend an important case for the company. So, it comes down to importance and complexity.

How has Bayer’s experience been so far in video conference oral proceedings?
Video hearings are effective, and they do work. We did face some technical trouble because the technology used by the EPO is not always compatible, because like in many large companies we have a sophisticated firewall system. Sometimes, it is really complicated to get a stable connection to the EPO base and their system.

Currently, the Enlarged Boards of Appeal use Zoom, and the examining parties use Skype. I’m not saying they should use just one, of course they can enable others, but EPO as the service provider should be more flexible. But generally, I would say video does work. Sometimes it’s a bit difficult with filing amended claims and so on, because theoretically they need to be in writing and signed, but there are sophisticated solutions.

From an in-house perspective, how does conducting oral proceedings via video conference change the relationship with your counsel?
Firstly, because Bayer had technical troubles, we met in a large meeting room at the patent attorney firm. We dialled in, so our in-house team and outside counsel sat together in one room. We were still hindered by the masks we wore and the distance we kept. But we were at least able to directly communicate.

“After the pandemic, people are more likely to hire local counsel”

The other option is a separate chat channel, to ensure everyone can have the discussions that you would usually have over the table. But again, that’s a technical question which parties can resolve.

After the pandemic, I would imagine that there will be a greater tendency to hire counsel locally, close to your headquarters. Certainly, after the pandemic I will dial in from a conference room from Bayer, and our outside counsel will come in, so we can sit together.

Have any other companies – pharmaceutical or otherwise – filed such an opposition to the Enlarged Boards of Appeal?
There are some associations in which the discussion is the other way around, driven mainly by the non-pharmaceutical, non-life sciences industries. With some technology and in some industries, it is generally more about the number of patents than a single patent. But in the pharmaceutical and crop industry, one main patent tends to protect your product. If that fails, you’re done. So that’s where you’d say, I want the opportunity to be heard live.

On the other hand, I can understand the logic that some companies want a quick and efficient method. That’s where the EPO should also offer a hybrid model. If you look from the patentee’s perspective, it’s their opportunity to defend a patent. If the patentee loses the patent at the Board of Appeal in the appeal, it’s gone. It’s finally over.

“The EPO is obliged to have full and fair proceedings”

But if you are the attacking party and you lose at the Board of Appeal, in almost all countries you can still go to the regular court and try to attack the patent again. Nothing lost.

So I expect the voluntary ratio of full video hearings will not be as high as the EPO would like, because of the importance specifically it has for patentees. But from my perspective the EPO should live with it because their obligation is to have full, fair proceedings and processes to end up with validly-executed and examined patents.

Patent attorneys have put video conferencing under scrutiny for a lack of data security. Is this a worry for Bayer?
It was never a worry for us, as almost all patent proceedings are public. So even if someone comes in, then that’s OK. But data security falls under the title of a technical issue which parties can resolve. In MS Teams, the initiator can block the recording option for anyone. If the EPO issue the invites, which they should do if it’s a hearing, they can ensure that participants are not recording. So, it’s very rare that they are still in the prosecution period and still not published and secret.

What are your expectations for the outcome of next month’s G 1/21 proceedings?
It’s very difficult. After seeing how the Enlarged Board of Appeal decided on Rule 28, nothing is impossible. I have the impression that the corrective means for which the Enlarged Board of Appeal is in the European system did not work for Rule 28. Because, from my perspective, the EPO definitely overstepped what they could do, because they changed the law by regulation. But we are convinced that it would not be OK for the EPO to force people into video conferencing.