German and European patent attorney Bastian Best is leaving mixed IP law firm Bardehle Pagenberg to start his own firm. Previously, Best worked for 13 years at Bardehle in Munich. He is likely to continue working with the firm on some specific mandates and soft IP cases. 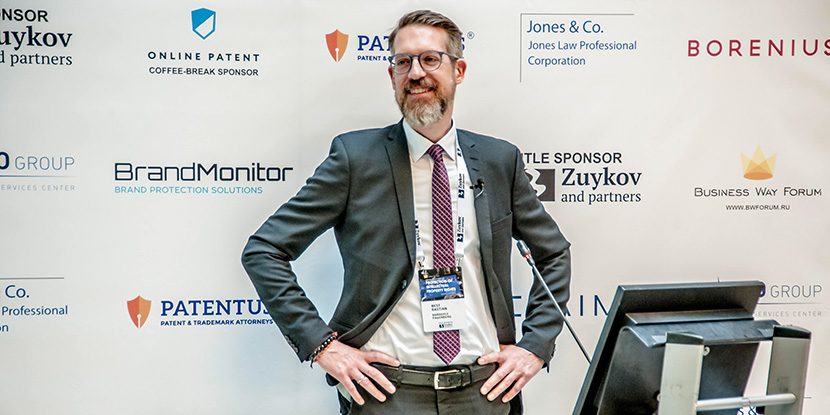 Bastian Best is a European and German patent attorney, specialised in computer science. Now he is leaving Bardehle Pagenberg to set up a solo practice @private

Bastian Best (41) is leaving Bardehle Pagenberg to work as a sole practitioner specialising in patent prosecution. Most recently, he was counsel at Bardehle Pagenberg. Above all, Best was also one of the firm’s main faces on social media such as Linkedin, YouTube and podcasts.

Now, however, the European patent market will see Bastian Best less frequently in litigation. Instead, he will concentrate on prosecuting software patents.

In 2008, Best began his career at Bardehle Pagenberg, rising to the position of salary partner. However, after five years in this position, he switched to the role of counsel to better concentrate on client work.

Although Best is now self-employed, he will likely continue to work closely with Bardehle on some selected mandates and also in soft IP in litigation.

A mixed approach in Europe

Bardehle Pagenberg is a large mixed international law firm, and a market leader in Germany.

With 24 partners, 5 counsel and 32 associates, for years the firm has consistently pursued a mixed approach. Bardehle’s mix of patent attorneys and lawyers strongly position the firm for litigation proceedings. The German office is known for representing industrial companies, and large to medium-sized enterprises.

For example, Bardehle Pagenberg represents Bosch in connected cars disputes, as well as appearing for pharmaceutical companies such as Daiichi Sankyo and Amgen. In prosecution, the firm represents Adidas, Apple, Dell, Nintendo, Qualcomm and Samsung, among others.

Despite the departure of Bastian Best in Munich, last summer Bardehle Pagenberg strengthened its Düsseldorf office by bringing on board Alexander Haertel. This hire added another experienced litigator, at an important court location, to the firm. Previously, Haertel was a founding partner of IP boutique Kather Augenstein, which in 2015 spun off from Preu Bohlig & Partner.

Internationally, too, the firm recently strengthened its mixed positioning. It also admitted its first patent attorney to its Paris office partnership.