In early April, Munich welcomed new boutique firm Twainscore, set up by Martin Wintermeier and Igor Schmulenson. The firm will focus on IP and employment law. The founding partners are from IP boutique Ampersand and employment firm Wolff Schultze Kieferle.

Twainscore is the latest law firm to set up in Munich, with a focus on patent law and specifically pharmaceuticals ©Andreas Anhalt

Twainscore founding partner Martin Wintermeier worked at Ampersand for three years, focusing on patent litigation. The Munich office of Ampersand is known for its expertise in pharmaceutical law, as well as its work in patent infringement cases, especially for NPEs. Wintermeier (33) joined the firm in 2017 alongside patent partner Hosea Haag. However, he had already gained IP law experience during his training with Bardehle Pagenberg. 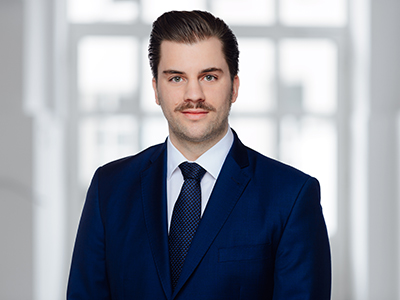 At Twainscore, Wintermeier will have a broad focus on IP. In addition to trademark and competition law, this includes trade secrets protection and employee invention law. Both areas correspond with Schmulenson’s focus on employment law.

Wintermeier’s clients include a mechanical engineering company with a focus on the concrete industry and a cosmetics retailer. His clients also include Craftguide, Isaria Corporate Design and the media academy of German broadcasters ARD and ZDF. Wintermeier also continues to work with Ampersand in ongoing patent proceedings.

Igor Schmulenson (37) is a lawyer specialising in employment law. He advises his clients on all questions of individual and collective employment law, as well as on service contract law. Schmulenson was an associate at employment law firm Wolff Schultze Kieferle in Munich since 2015.

Spun from a spinoff

Ampersand’s patent practice now has two partners and one associate. A second associate will join the team in June. The practice has a strong focus on mobile communication suits.

Ampersand was launched at the end of 2011 as a spinoff of various Munich law firms. It included four founding partners from Heisse Kursawe Eversheds, HK Krüger and Taylor Wessing. Ampersand focuses on patent, trademark, domain, copyright and competition law. The firm also advises on pharmaceuticals and medical products, as well as data protection and film law.

Schmulenson’s former law firm was also founded as a spinoff in Munich in 2012.