“The UK IP judiciary has solved its capacity issue. Now it must tackle diversity”

Recent hires mean that, after a turbulent couple of years, the UK IP judiciary has returned to full capacity. Now the High Court is able to fully compete with its European competitors for high-value patent litigation cases. But, demographically, the UK court still does not represent the legal profession in IP, or in other areas of law. It must address the historic issues of diversity and representation that still loom large. 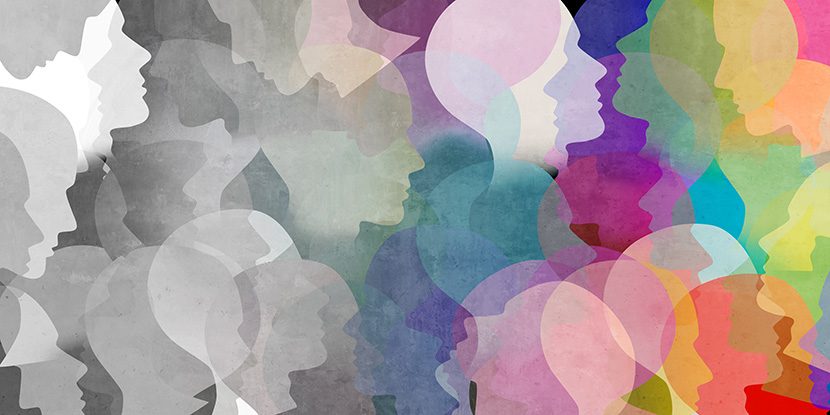 The UK judiciary has hired two judges to fill the gaps on its IP bench, thus bringing the IP courts back to capacity. But issues of diversity and representation continue to permeate ©freshidea/ADOBE STOCK

Two years ago, the UK judiciary faced a crisis. Across 2019 and 2020, promotions, resignations and the untimely death of Henry Carr depleted the numbers of IP and patent-specialist judges at the UK High Court. Just two judges in Colin Birss and Richard Arnold remained to steer the ship. Now, in terms of IP judges, the UK High Court is once again at full capacity.

But still the judicial bench does not reflect the diversity of practitioners in IP law.

Alongside changes to its personnel, the courts also faced challenges driven by Brexit and the Unified Patent Court. In the run up to Brexit, patent lawyers voiced worries that the UK courts would become less attractive as a forum for patent litigation.

Then, in March 2020, the problem doubled. The UK government announced its withdrawal from participation in the UPC project, thus ending London’s role as the court’s pharmaceutical hotspot. Patent firms and courts had to rethink their strategies. And still the months ticked on; still the court announced no replacement hires. Birss’ departure to the Court of Appeal was imminent.

But, from autumn 2020, the Judicial Appointments Committee (JAC) began to fill the gaps. In September 2020 and January 2021, Richard Meade and James Mellor took up the mantle of the UK High Court’s next IP-specialist judges, respectively.

The appointments quashed worries about the UK courts’ capacity to hear high-value, high-profile and highly-technical patent cases. The JAC chose candidates more than capable of living up to the reputation of their predecessors.

The UK High Court has successfully filled the patent-specialist gaps with astute, talented and fair judges.

However, with the new hires, the JAC did not deviate from its usual demographic. This is at odds with the UK Bar, which every year welcomes a more diverse set of recruits. For example, the Bar Standards Board diversity study 2020 shows that, as of December 2020, an equal proportion of female pupils and male pupils trained across all UK barrister chambers.

But the court’s current set-up does not reflect these changes. Currently, among all UK barristers, 14.6% of junior barristers, 8.8% of QCs and 22.9% of pupils identify as from a Black, Asian or minority ethnic background. The study also shows that 38.2% of all UK barristers are female, 16.8% of whom are QCs. Among UK solicitors, 43% are female.

While for IP and patent-specialist barristers statistics are less reliable, currently every specialist IP chambers has at least one female QC. All have junior female members.

For example, at leading IP set 8 New Square, just under 30% of its entire barrister cohort is female. While still fewer women than men go into patent litigation full-time, the IP Bar has come a long way since 1997, when Mary Vitoria became the first female IP QC.

Furthermore, among deputies and circuit judges, the percentages of women and/or Black, Asian or minority ethnic individuals rises. But, among the full-time judges, just one female is now qualified to hear high-value IP cases. Previously a Queen’s Counsel at Brick Court Chambers, the JAC elected Kelyn Bacon to the UK High Court in October 2020.

Yet so far, no-one identifying as from a Black, Asian or minority ethnic background sits as a patent judge in the Chancery Division. Indeed, according to the Bar Standards Board, just 8% of UK court judges identify as such.

Changes to the reimbursement structure of the UK judiciary is another concern. From 2015, the introduction of the New Judicial Pension Scheme meant UK judges saw a net loss of 11% of their salary. Furthermore, while judicial pay is not low, moving from the position of senior barrister to judge does constitute a substantial decrease in reimbursement.

Salary, and especially pension, changes will impact the ‘new wave’ of potential judges. And of course, the new wave represents a greater breadth of diversity and representation than the judicial ‘old guard’. However, given the changes to reimbursement and pension, the new and diverse set of barristers will be less likely to apply for such judicial positions.

The appointment of a female judge is important, lending a much-needed visibility women in senior areas of IP law. But one recruit does not solve the problem of lack of diversity facing the UK patent courts, nor the UK judiciary as a whole.

Other less-visible diversity tropes, such as ethnic heritage, disabilities, additional needs or sexual orientation, continue to require greater focus and effort from the UK IP Bar, in order for an environment of inclusion to thrive.

Happily, patent lawyers warmly welcome both new judges. But while both Meade and Mellor will excel in their new positions, the judiciary must acknowledge that it remains under-representative of the diversity of practising lawyers at the UK IP Bar – and the diversity of the UK Bar as a whole.

It must take its cue for the diverse roster of deputy judges and encourage applications from a wider breadth of candidates in the future.