It was planned for the SPC manufacturing waiver to be introduced in the EU before 2019. However, the final report by the Committee for Legal Affairs (JURI) has only now been submitted to the European Parliament. Some changes detailed in the report are likely to please generics and biosimilar manufacturers. 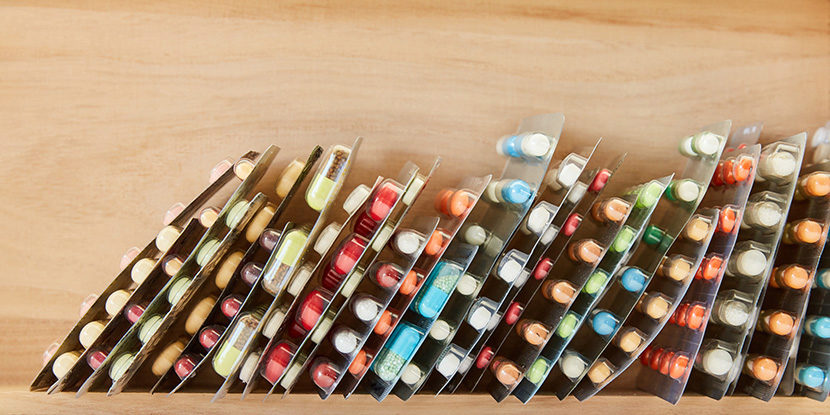 The planned waiver will allow manufacturers to produce generics and biosimilars during the life of the SPC for an active ingredient or drug. However, it is on the provision that the drugs are intended exclusively for export to markets outside the EU, where patent protection has expired or never existed.

This exemption for manufacturers is part of the EU’s single market strategy, which includes a revamp of patent and SPC protection. The aim is to strengthen the competitiveness of regulated industries such as the pharmaceutical and plant protection industries against competition from third countries outside the EU.

Originally, the single market strategy comprised far more than the SPC manufacturing waiver. There were plans to modernise the EU SPC regulations from 1992 and to create unitary SPCs along with the planned EU unitary patent.

There were also plans to address the fragmented implementation of the so-called Bolar patent exemption, which allows research to be carried out on a patented active substance and test results to be submitted to the regulatory authorities, without the valid patent being infringed. This exception does not yet apply in all EU countries.

As the unitary patent system is still on ice, the SPC manufacturing waiver is currently the only element that remains of the ambitious plans. The proposals from the JURI, however, have led to some alterations to the waiver in favour of generic and biosimilar manufacturers.

One change is that the waiver permits not only the manufacture of an active substance and drug protected by an SPC for export to third countries. According to the EU proposal, the waiver also allows the manufacture and stockpiling of a generic or biosimilar up to two years before the SPC expires. This is in preparation for day one entry into the EU market immediately after expiry.

Manufacturers wishing to make use of the waiver must inform the national patent offices that granted the SPC. They must also inform the patent holder in writing at least two months before the start of production.

Even though this is twice as long as the originally planned 28 days, experts still believe this is insufficient. Christine Kanz, patent lawyer at Hoyng Rokh Monegier, says, “This is a short period of time, even if the patent holder enforces their rights by way of interim relief. Although the German courts are quick and may issue a temporary injunction without an oral hearing, even at short notice, this is not the case in all European countries.”

Furthermore, in order to protect sensitive data, generic and biosimilar manufacturers are not required to disclose the exact manufacturing location if the waiver is in use. Only the EU country must be indicated. Even the national patent offices that receive notification from the manufacturers should only publish the corresponding SPC number. All other information concerning the generic or biosimilar manufacturer will no longer be made available to the public.

The new regulations should give generic and biosimilar manufacturers in the EU the same opportunities as their competitors in countries outside the EU. While an existing SPC currently prevents European companies from production, manufacturers outside the EU can produce and market outside the EU at an early stage. They can also position themselves in time for European market entry on the day the SPC expires.

Generics and biosimilar manufacturers should be pleased with the plans, but the proposal is not without controversy. “This supplement certainly serves the goal of the initiative to strengthen the competitiveness of generic and biosimilar manufacturers globally. However, the impact this will have on the research-based pharmaceutical industry does not seem to be sufficiently taken into account.”

There is also scepticism on the part of the originators. “As a research-intensive pharmaceutical company, we are concerned about the current discussion at the European level about restricting the SPC protection of pharmaceuticals,” says Jörg Thomaier, head of IP at the chemical and pharmaceutical group Bayer, and managing director of Bayer Intellectual Property.

Ultimately, SPCs were introduced to at least partially compensate for the long development and approval times for pharmaceuticals. According to Thomaier, an average of 12 to 13 years elapse between patent filing and market maturity of a new drug in Europe. “Research-based pharmaceutical companies are therefore dependent on SPCs as an important instrument for protecting intellectual property. The high level of protection promotes innovation and is intended to support Europe as a business location,” says Thomaier.

The originators receive support from the German Association for the Protection of Intellectual Property (GRUR). The association had already sharply criticised the original EU draft to amend Regulation 469/2009. “The proposal is shaped by the interests of generic and biosimilar manufacturers based in the EU and, if implemented, will be unilaterally detrimental to the interests of patent holders who have acquired an SPC for this purpose,” it said in a statement to the Federal Ministry of Justice in August 2018.

The GRUR is therefore likely to be even more sceptical about the latest changes. However, it is yet to make a current statement at the time of going to press.

Objection by the European Council

Nor does the European Council fully follow the commission’s proposal, calling for a narrower interpretation of the new waiver. In a position paper dated 16 January 2019, the Council explicitly rejected the extension of the SPC manufacturing waiver to include further intellectual property rights. “This regulation is without prejudice to the respect of other intellectual property rights that may protect other aspects of a medicinal product.”

The paper went on to say that, in the interest of transparency, the national patent office that granted the SPC should publish the information of the generic or biosimilar manufacturer as soon as possible.

In addition, the European Council proposes that the new rules should not apply to SPCs granted prior to the rules coming into force. “In order to ensure that the rights of certificate holders are not excessively restricted, the exception provided for in this regulation should apply to certificates that are applied for on or after the day of the entry into force of this regulation,” the paper states.

Following intensive discussions, the council’s position does not extend to stockpiling. According to experts, this passage, which enables generic and biosimilar manufacturers to build up stocks for marketing in Europe beginning on the first day after the SPC expires, is also likely to be the most problematic aspect of the proposal.

Oswin Ridderbusch and Alexa von Uexküll, patent attorneys at German law firm Vossius & Partner, write on KluwerPatent, “To allow such stockpiling specifically during the final two years of the SPC life time could create additional problems, particularly in connection with paediatric extensions which allow the SPC term to be extended by six months.”

Thomaier argues that the existing SPC regulation should not be restricted. “The proposal for the SPC manufacturing exemption already constitutes an encroachment on the intellectual property rights of the research-based pharmaceutical industry.”

“In order to limit the damage to research and innovation in Europe, the compromise reached at council level should at least be maintained. An additional extension of the planned SPC manufacturing exemption should be avoided.”