Who invented it? This is the question currently occupying the Swiss Federal Patent Court in the battle between Good Soaps and Werner & Mertz. The two detergent manufacturers - one German, one Swiss - are currently litigating fiercely over the inventorship of a sustainable manufacturing process for detergent. 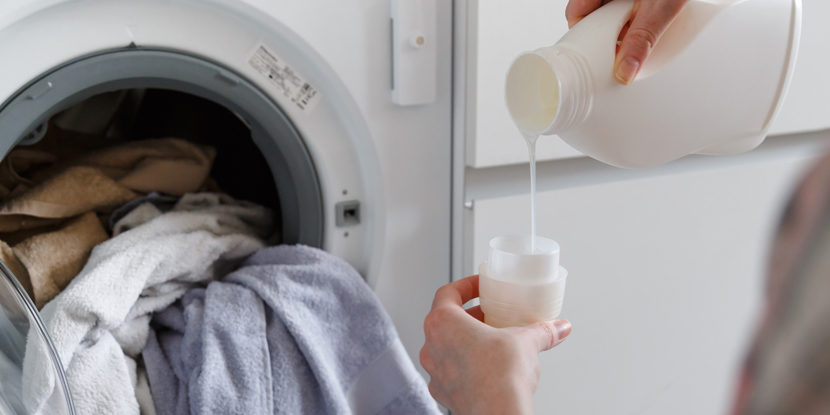 Conventionally-produced detergents are usually based on petroleum. However, manufacturers of ecological detergents substitute the petroleum with palm oil or coconut oil. Unfortunately, these fats are also controversial, as their production is not sustainable. Swiss company Good Soaps therefore uses domestic oils, such as rapeseed, for its detergents.

Rapeseed and other domestic oils differ from the tropical oils or petroleum in that the carbon chains are different lengths. As such, the oils cannot simply be exchanged one-to-one. A patent for the process does not yet exist, and a grant procedure at the European Patent Office is currently on hold.

Consulting firm Compad Consulting, from the Swiss canton of Nidwalden, applied for a European patent (EP 25 92 134) several years ago. The company’s managing director is Remo Richli, who is also the CFO at soap manufacturer Good Soaps.

The filing procedure at the EPO attracted the attention of Werner & Mertz. With its ‘Frosch’ brand, the German company is a market leader for ecological detergents and cleaning products. Firstly, the detergent manufacturer raised several objections concerning the granting of the patent on the grounds of lack of inventive step.

The EPO finally declared its intention to grant the patent in autumn 2018, leading Werner & Mertz to file an entitlement action at the Munich Regional Court. Werner & Mertz accused Good Soaps founder Regine Schneider of using research results from Werner & Mertz for her process.

According to the German company, it has also been working on replacing palm oil with domestic oils in detergents for years. Werner & Mertz accuses Regine Schneider of learning about the research findings of the German ecological detergent manufacturer while working for Swiss chemical company Kolb, with which Werner & Mertz worked in cooperation. Now, claims the company, Schneider is using the findings in her own production process.

On the basis of the entitlement action, Werner & Mertz requested the suspension of the current grant procedure. However, the EPO rejected the request on the grounds that Munich Regional Court did not have jurisdiction as Compad Consulting is headquartered in Switzerland. Werner & Mertz withdrew the suit in Munich and instead filed an entitlement action at the Swiss Federal Patent Court (case ID: O 2019_001).

In March 2022, the Swiss Federal Patent Court dismissed Werner & Mertz’s entitlement action. According to the judges, it was not proven that Regine Schneider took the idea to use rapeseed oil in detergents from a conversation with a chemist from Werner & Mertz.

Thus, the judges followed Good Soaps’ argument that the Belgian manufacturer Ecover had already been on the market since 2007 with a detergent that used rapeseed oil. As a chemist, Regine Schneider was aware of its exact composition, as her employer at the time, Kolb Distribution, had analysed the Ecover detergent.

Due to the suit at the Swiss Patent Court, the EPO had suspended the granting process for the patent filed by Compad Consulting. Shortly after the Swiss ruling, an anonymous third party raised an observation with the EPO concerning the granting of the patent. The previous objections raised by Werner & Mertz following the patent application were unsuccessful. If the patent is granted, Werner & Mertz could still file an opposition.

Good Soaps continued to produce detergents with rapeseed oil during the trial.

Bremen-based Eisenführ partner Julian Eberhardt coordinated the suit for Werner & Mertz. Eisenführ Speiser originally won a pitch for the work. The IP firm has been managing the company’s trademark and patent portfolio for years. It also litigates for the client in patent disputes.

Therefore, patent attorney Uwe Stilkenböhmer made the objections at the EPO. In Switzerland, the firm often works in cooperation with IP firm Rentsch Partner. In the current case, Eisenführ brought IP lawyer Demian Stauber on board.

This article was updated on the 20.4.2022 to reflect the latest development from the Swiss Federal Patent Court.