Across Europe, multiple IP organisations and law firms are showing support for Ukraine in the ongoing conflict with Russia. Ukraine's own IP and patent office Ukrpatent continues to maintain its output, both remotely and in its headquarters, which is also being used for humanitarian purposes. Meanwhile, Western patent owners have received disturbing news from Russia, where the government has suspended patent protection for companies from so-called unfriendly countries. 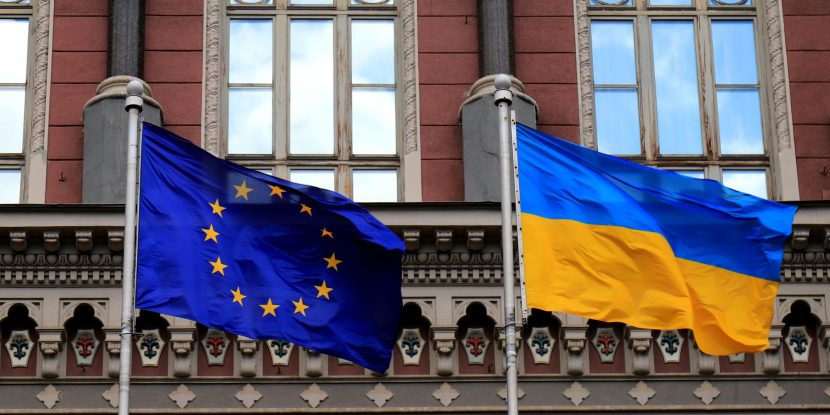 A number of patent and IP organisations across Europe have shown their support for Ukraine since the Russian invasion, whilst Ukraine's own patent office continues to operate in the face of unprecedented circumstances ©rospoint/ADOBE STOCK

Following Russia’s invasion of Ukraine on 24 February 2022, patent and IP organisations across Europe have shown their support for the country. While IP is clearly not a priority amid the ongoing devastation, it can fall under the umbrella of multiple economic sanctions ordered from various European governments against Russia.

Furthermore, some organisations such as the European Patent Office have Ukrainian employees and strong connections with the country’s patent filing and prosecution activity. In Ukraine itself, the country’s patent and IP office (Ukrpatent) has announced that it is continuing to work remotely. According to Ukrpatent, while it also continues to function as an office, the building itself is being used for medical needs, supplies and to provide shelter.

Ukrpatent is also publishing its received letters of support from patent offices in neighbouring and close-by European countries. So far, this includes Austria, Estonia, Finland, Georgia, Lithuania, Poland and Slovakia.

On 2 March 2022, the UK Intellectual Property Office (UKIPO) announced in a statement that it was upholding the UK government’s economic sanctions against Russia, with respect to intellectual property. The UKIPO stated that it will no longer provide IP services to organisations based in Russia. It will also no longer support their associated agents or any organisation on the list of sanctions.

It is also providing ongoing support for Ukrainian-based customers of UK IP services, such as exercising as much flexibility as legally allowed to extend protection of intellectual property rights, arranging alternative methods of communication and providing assistance in the case of lost or missing documentation.

The DPMA said in a statement that it will, as far as possible under the statutory framework conditions, take the current situation into account with respect to IP procedures. This applies in particular to the granting of requests for the extension of time limits fixed by the DPMA. Statutory time limits cannot be extended by the DPMA. However, it advises the applicants of the possibility of re-establishment of rights.

As yet, the Dutch and French patent offices have not published any statement in response to the ongoing crisis. Furthermore, the World Intellectual Property Organisation (WIPO) has also not yet reacted to the crisis in Ukraine.

In contrast, the two major IP organisations in Europe have already pledged their support. On 1 March 2022, the European Patent Office published ‘Standing together for peace in Ukraine’. It details its current freeze on cooperation with the Russian and Belarusian intellectual property offices, and ongoing suspension of participation in the Eurasian Patent Organisation (EAPO). The latter operates in Russian. As yet, the EAPO has made no reference to the ongoing conflict on its website.

On 3 March, the EPO also clarified its provisions under Rule 134(5) of the European Patent Convention. This “offers a safeguard in the case of non-observance of a time limit as a result of a dislocation in the delivery… this provision applies to cases where the failure to observe time limits is the result of exceptional circumstances beyond the control of the person concerned.”

As such, the EPO will accept late filed documents, if the correspondent can prove they were unable to sufficiently post their documents in the ten-day period preceding the expiry date. This flexibility should ensure those fleeing Ukraine or experiencing a state of disruption will encounter fewer adverse effects on their filing of patents and IP.

According to the statement, the EUIPO has taken measures to provide full support to its Ukrainian customers. It also aims to safeguard their IP rights. The office granted a one-month extension of time limits from 24.02 to all parties with a residence or registered office in Ukraine. Furthermore, said the EUIPO, it will review the need for further extensions and additional measures in the near future. In addition, the office has given assurances that all data in its registries pertaining to parties’ addresses shall reflect Ukraine’s internationally-recognised borders, correcting errors where necessary.

Elsewhere, according to a press release, on 4 March 2022 the United States Patent and Trademark Office (USPTO) “has terminated engagement with officials from Russia’s agency in charge of intellectual property and with the Eurasian Patent Organization.” For the time being, as of 8 March 2022 the USPTO has also severed ties with the intellectual property service in Belarus.

According to media reports, the Russian government is also considering temporarily freezing the IP rights of foreign owners who have decided to exit the Russian market.

This means that Russia is effectively suspending patent protection for companies from these countries. These include all EU states and numerous other EPO states. Companies from the West can now no longer seek a court injunction against the infringement of their Russian patents. Experts see this as violating international obligations under the TRIPs treaty (Agreement on Trade-Related Aspects of Intellectual Property Rights).

“Under the TRIPs Agreement, each WTO member must ensure the practical enforceability of patents,” says Ralph Nack, patent partner at the German law firm Noerr. “Should Russia continue on this course, it would face WTO breach of contract proceedings.”

The measures apparently affect all types of intellectual property. However, the exact details of the regulations and their effects are still unclear.