Standard Essential Patents (SEPs) are patents that are implemented when a technical standard is used. The enforcement of SEPs is currently one of the most stimulating topics in patent law. The current decisions of the Düsseldorf courts within the framework of the MPEG-4 proceedings against Huawei and ZTE have confirmed the injunctive relief claims of the patent owners and provide starting points to be considered by the patent owners and the users of SEPs with regard to antitrust law. 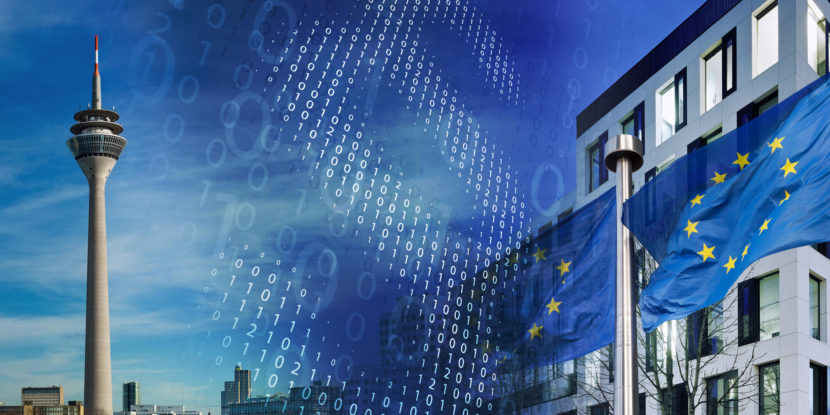 Standard Essential Patents (SEPs) are patents that are implemented when a technical standard is used. The enforcement of SEPs is currently one of the most stimulating topics in patent law. The current decisions of the Düsseldorf courts within the framework of the MPEG-4 proceedings against Huawei and ZTE have confirmed the injunctive relief claims of the patent owners and provide starting points to be considered by the patent owners and the users of SEPs with regard to antitrust law.

In individual cases, the legislator or the courts do not regard this monopoly as justified, but rather provide for restrictions. Such restrictions include, for example, the so-called compulsory license in the case of a public interest in the manufacture of a drug. For so-called SEPs, case law – based on antitrust law – has developed special requirements. According to this case law, the injunctive relief claim cannot be enforceable if the SEP is one that grants the patent holder market dominance (MDSEP). Market dominance arises from the fact that the use of the associated standard is absolutely necessary for the manufacture of a product. This is not necessarily the case with products that implement a whole series of standards, e.g. smartphones.

These requirements for patent holders of MDSEPs are briefly referred to as FRAND (Fair Reasonable And Non-Discriminatory) requirements. In other words, in the light of their participation in a standardization process, the patent holders must behave appropriately when making license requests.

Such claims have been asserted against the Chinese electronics companies Huawei and ZTE in the MPEG-4 proceedings, and these names have already appeared very often in connection with SEPs. The claimed patents are standard essential for the AVC/H.264 or MPEG-4 standard, meaning that they have to be used if the MPEG-4 standard is implemented.

The MPEG-4 standard is a standard for image data compression that is used for almost all currently available videos. The MPEG-4 standard is the successor standard to the MPEG-2 standard and provides a compression rate improved by a factor of three through a multitude of innovations. For example, three MPEG-4 compressed cinema films can be stored on one DVD – in the same picture quality – whereas only one MPEG-2 compressed cinema film can be stored on such a DVD. In today’s usage scenarios, however, it is primarily a matter of ensuring faster, cheaper or higher resolution transmission via the Internet.

At the turn of the year 2018/2019, the MPEG-4 proceedings came to an end in a large number of judgments and decisions of all patent chambers of the Regional Court and all patent litigation tribunals of the Higher Regional Court of Düsseldorf, which in turn led to the defendants Huawei and ZTE taking a license from the AVC/H.264 (MPEG-4) license program. In the course of these proceedings, the defendants put forward a number of arguments to prevent the injunctive relief claims. However, these did not convince the courts and the injunctive relief claims were granted. The most important arguments are summarized in the following.

The MPEG-4 licensing program comprises more than 5,000 patents granted worldwide by approximately three dozen patent holders. The number of licensees – also worldwide – amounts to more than 1,500. The market coverage is well over 90% of the products using the MPEG-4 standard. All licensees have concluded the same license agreement.

Against this background, the MPEG-4 procedures confirmed that the license rate stipulated in the license agreement meets FRAND requirements. A license fee widely accepted by the licensing market is therefore FRAND. Contrary to the decision Sisvel ./. Haier of the OLG Düsseldorf, which was based on differentiated historical licensing, it was determined that in any case a broad and consistent agreement of license fees is FRAND.

In the course of the proceedings ZTE demanded the granting of a license exclusively to its German subsidiary. However, the MPEG-4 license program exclusively provides for worldwide licensing to all affiliated companies. This practice was also assessed by the court as FRAND and, according to the statements of the courts, the deviation from this practice claimed by ZTE cannot be demanded.

No exceptions from pool license

The defendant Huawei pursued the concept of bilateral licensing and requested that patent holders grant bilateral licenses to the plaintiff’s patent irrespective of the license offer under the MPEG-4 licensing program. This was also rejected by the courts in view of the lack of equal treatment or discrimination of the other existing licensees.

No need for regional FRAND rates

The argument that different license rates had to be offered in different economic zones because the respective economic conditions, in particular the consumer prices of the products, varied, was also rejected in the MPEG-4 procedures. Flat-rate pricing is permissible and case-by-case justice is not a FRAND requirement.

The defendants criticized that the stipulated quantity-dependent differentiation of the license rates (caps) were un-FRAND. The MPEG-4 license program provides for a reduction of the unit license in the event that annual sales limits are exceeded. The argument is that this would result in a different averaged unit license for licensees depending on their annual production. According to the decisions there is no arbitrariness in the license staggering. In other words: every company has it in its own hands whether or not it can benefit from any staggered agreements.

Finally, the dwindling market coverage of a license program due to the very strong growth of companies unwilling to license does not argue against compliance with the FRAND requirements. In the present case, the defendants Huawei and ZTE as well as other market participants, in particular those of Chinese origin, achieved very high growth rates in a short period of time. The fact that these unlicensed companies are gaining worldwide market shares to a considerable extent – partly due to non-payment of royalties – is not to the detriment of the patent holders insofar as they take timely measures to enforce the licensing program.

Within the framework of the so-called MPEG-4 proceedings against the Chinese electronics groups Huawei and ZTE, the Regional Court and the Higher Regional Court Düsseldorf expanded the FRAND jurisdiction of the German courts with regard to the following aspects: