Injunctions at the UPC

Plaintiffs choose the forum. Thus, the remedies available for a plaintiff are a critical factor in making the Unified Patent Court (UPC) attractive for litigating European and global patent disputes. Among other measures, the UPC will have the competence to issue preliminary and permanent injunctions, damage awards and orders to render an account. In view of the size of the market provided by the UPC member states and covered by injunctions issued by the UPC such injunctions will grant successful patentees huge leverage for settling global patent disputes on favourable terms. Accordingly, for implementers the legal rules and restrictions according to which the UPC will decide whether to issue such injunctions and the legal rules as to how such injunctions may be enforced are highly relevant. This article outlines how the UPC will likely deal with injunctions. 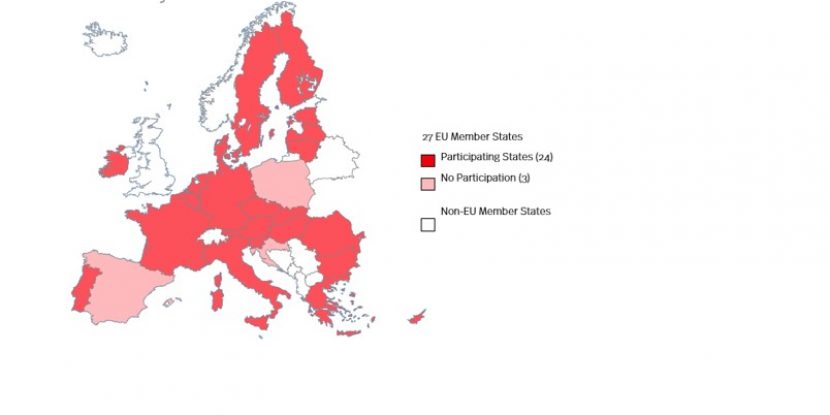 I. Territorial scope of injunctions

At the beginning, the UPC will often grant injunctions based on the infringement of a “classic” European patent (EP) which has not been opted out by the patentee. Such EP is in fact a bundle of national parts of the EP, and it must be noted that injunctions will only have effect in those UPC member states where the national part of the EP is in force.

Injunctions issued for infringement of a Unitary Patent (UP) will have effect for and cover the territory of all UPC member states at the time the UP is granted. Therefore, some patentees are trying to delay patent examination proceedings pending with the EPO in order to not be granted an EP now, but to obtain a UP once the UPC has started its operation.

Where the UPC has found infringement and has not revoked the patent or stayed the infringement case based on an action for revocation or a counterclaim, the UPC may grant an injunction (cf. Artt. 63, 65 UPCA).

There is an ongoing legal debate as to whether the UPC must issue an injunction in case it has found infringement of a valid patent. Such “automatic” injunctions are known in the national patent laws in e.g. Germany and the Netherlands. However, the prevailing opinion seems to be that the UPC has a discretion whether to grant an injunction in such case or not. Such discretion is known in certain national patent laws, for example the UK.

In this regard, it must be noted that existing national law and case law is an acknowledged source of law for interpreting the Agreement on the UPC (UPCA) and for applying the Rules of Procedure of the UPC (RoP). It seems likely that if an infringement action is brought before a local division located in a UPC member state with an existing tradition of automatic injunctions, such local division will in fact not exercise any discretion, but grant an injunction in line with its national tradition. This might change over time when the UPC has established its own case law. The UK with its tradition to allow discretion will no longer take part in the UPC project. We would therefore expect the UPC to adopt an approach of granting automatic injunctions in line with the legal traditions of most of the remaining UPC member states.

As EU law the primary source of law for the UPC, the UPC needs to take into account the Enforcement Directive (2004/48/EC) which stipulates the application of a proportionality test before granting injunctions.

In this regard, the legal developments in Germany following the implementation of the recent German patent law reform should be considered. The new German Patent Act also requires a proportionality test before granting injunctions (cf. sec 139 (1) PatG). However, the overwhelming majority of the German patent judges seems to be convinced that the new German patent law does not go beyond the earlier established case law of the German Federal Court of Justice (BGH) in its “Waermetauscher” (Heat Exchanger) decision as of 10 May 2016:

Accordingly, under the new German patent law as interpreted by the courts, there may be some exceptional cases where use-up or workaround periods may be allowed before the injunction becomes effective. A permanent denial of injunctive relief will only be conceivable in truly exceptional cases. Also, third-party interests are likely only to be relevant if patients’ lives depend on actually life-saving drugs or if critical or military infrastructure is put at risk. Even in the latter cases, there is no disproportionate hardship if the implementer can ask for a reasonable licence. Only if the terms of the licence offered by the patentee are unacceptable a denial of injunctive relief may be considered.

As a result, in Germany there has not been a single case decided by any German patent infringement court where the outcome was affected by additional proportionality considerations since the German patent law reform came into force in August 2021.

As to the UPC’s approach re injunctive relief and proportionality, we consider it likely that at the beginning the local divisions in Germany and the Netherlands will apply the aforesaid considerations. However, many defendants are convinced that the aforesaid approach is not in line with the Enforcement Directive (2004/48/EC). Since the UPC will have to establish its own case law over time, such defendants will try to convince the UPC to take a different approach. Eventually, references may be made to the European Court of Justice (CJEU) to decide on the proportionality issue.

First instance injunctions may be provisionally enforced while an appeal is pending. To do so, plaintiffs needs to make a deliberate decision whether and which part of the first instance decision shall be provisionally enforced (Rule 118 (8) RoP). The UPC may order a security (whether by deposit or bank guarantee or otherwise) to be given by the plaintiff to the defendant for such preliminary enforcement. The security shall cover the amount of compensation for any damage incurred or likely to be incurred by the defendant if the injunction is enforced and subsequently revoked (Rules 118 (8), 352 RoP).

The enforcement of an injunction starts with the date of service, and specific enforcement procedures and conditions are governed by the law of the particular UPC member state where enforcement takes place (Rule 354 (1) RoP).

With the huge market subject to patent litigation at the UPC, injunctions granted by the UPC are a sharp sword in the hands of successful patentees and a considerable threat for implementers. We expect that at the beginning the UPC would take a similar patentee friendly approach to injunctions as is now taken by the German and Dutch courts. Then, time will tell whether the UPC will continue like this, or whether the UPC will take a somewhat different approach by making more use of its discretionary powers. There will be plenty of scope for both patentees and implementers to argue what the UPC should or should not do so. In any case, injunctions issued by the UPC will have a major impact on global patent litigation.