It is common practice at the European Patent Office (EPO) that, after Examining Divisions and applicants agree on a grantable set of patent claims, the description is adapted to the grantable claims, which usually have been amended compared to their originally filed form. However, the extent to which the description is to be adapted is often the subject of dispute or at least not satisfactory to applicants. 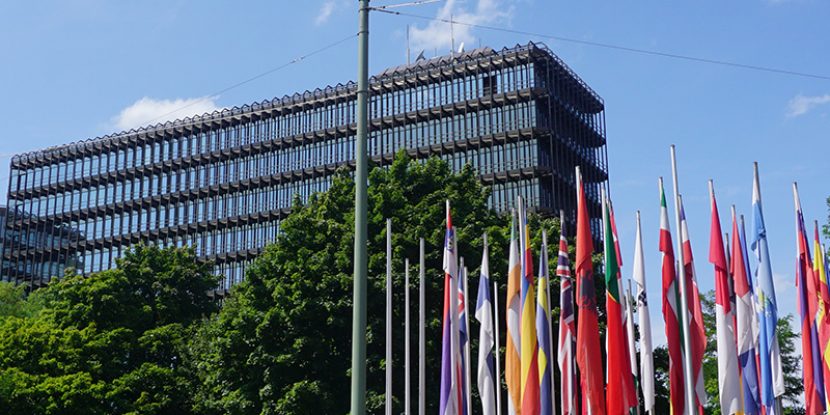 It is common practice at the European Patent Office (EPO) that, after Examining Divisions and applicants agree on a grantable set of patent claims, the description is adapted to the grantable claims, which usually have been amended compared to their originally filed form. However, the extent to which the description is to be adapted is often the subject of dispute or at least not satisfactory to applicants.

Based on the Applicant’s appeal, a Board of Appeal of the EPO then dealt in a decision that has attracted some attention with the question of whether or not applicants of European patent applications can be forced to adapt the description in cases where the description contains embodiments which go beyond the subject-matter that is claimed (case number T 1989/18).

Before looking into the corresponding decision, it is worthwhile to discuss the background in view of which the decision is set up.

In particular, at the time of the decision (December 16, 2021), the 2021 version of the Guidelines for Examination at the EPO (EPO Guidelines) was in force. The EPO Guidelines reflect EPO practice and it is expected that – as a general rule – the EPO will act in accordance with the Guidelines. Even in case of diverging decisions of Boards of Appeal, in particular EPO examiners will, generally speaking, follow the common practice as described in these Guidelines (EPO Guidelines, General Part, section 3).

The 2021 version of the EPO Guidelines states that “[a]ny inconsistency between the description and the claims must be avoided if it may throw doubt on the extent of protection and therefore render the claim unclear or unsupported under Art. 84”. Besides simple verbal inconsistencies and inconsistencies regarding apparently essential features not mentioned in the independent claims, the relevant section of the EPO Guidelines (F-IV, 4.3) also refers to cases in which a part of the subject-matter of the description and/or drawings is not covered by the claims.

The aforementioned section of the EPO Guidelines had been revised significantly in the version in force at the time of decision T 1989/18. In particular, as a result of this revision, the EPO Guidelines stated that “[e]mbodiments in the description which are no longer covered by the independent claims must be deleted (…) unless these embodiments can reasonably be considered to be useful for highlighting specific aspects of the amended claims”, and further that “[i]n such a case, the fact that an embodiment is not covered by the claims must be prominently stated”. In a nutshell, the March 2021 version of the EPO Guidelines therefore required, as a general rule, a deletion of inconsistent embodiments. The possibility of marking such embodiments as not being covered by the claims, on the other hand, was rather regarded as an exception to the rule.

This rather strict approach was mainly based on an EPO Board of Appeal decision from 2008 (T 1808/06) and apparently led to some disaffection among users of the European patent system. In November 2021, the EPO therefore organised a workshop during which the issue of adapting the description was discussed based on user feedback and with the participation of three working parties of the Standing Advisory Committee before the EPO (SACEPO), as well as external experts, national judges, Board of Appeal members and EPO experts.

The discussions during this workshop resulted in a revision of the above-mentioned section of the EPO Guidelines in force as of March 2022. Indeed, also this version requires applicants to remove inconsistencies between (allowable) claims and the description. However, unlike the March 2021 version, the March 2022 version of the EPO Guidelines leaves it, as a matter of principle, to the applicants to decide whether inconsistent embodiments are deleted from the description or are marked as not falling within the subject-matter for which protection is sought.

However, while at least in part relaxing the very strict former practice, the new version of the EPO Guidelines still introduces a number of conditions for the latter case. In order to mark an embodiment as not falling within the claimed subject-matter in an admissible manner, the Guidelines require that a corresponding statement must refer to one or more specific embodiments and must adopt unambiguous expressions. A number of specific examples have been provided as guidance for applicants (cf. section F-IV, 4.3 of the March 2022 version of the EPO Guidelines). In particular, it is still not sufficient to make a generic statement at the beginning of the description that “embodiments not falling under the scope of the (…) claims are to be considered merely as examples suitable for understanding the invention”. Moreover, essentially in line with the March 2021 version of the EPO Guidelines, it is also not sufficient to only replace terms such as “embodiment” or “invention” by terms such as “example” or “disclosure”. Finally, mandatory features of an independent claim may still not be presented as being optional.

Coming back to decision T 1989/18 in view of this background, the decision appears to fundamentally deviate from the common practice as set out in the EPO Guidelines. In particular, the decision puts emphasis on the fact that “Article 84 EPC requires that the claims are clear, i.e. that they properly define and delimit the subject-matter for which protection is sought in understandable and unambiguous terms. Claims must be clear in themselves when being read with the normal skills including the knowledge about the prior art, but not including any knowledge derived from the description of the patent application or the amended patent” (T 1989/18, reasons, point 4). The decision further states: “Article 84 EPC only mentions the description in the context of the additional requirement that it must support the claims. Under this requirement, the subject-matter of the claim must be taken from the description, it being inadmissible to claim any subject-matter which is not described. However, when assessing clarity, the description cannot be relied upon to resolve a clarity issue in a claim, nor can it give rise to any such issue if the definition of the subject-matter in a claim is clear per se. In particular, if the claims are clear in themselves and supported by the description, their clarity is not affected if the description contains subject-matter which is not claimed” (T 1989/18, reasons, point 5).

Examining further provisions of the EPC that were previously or could potentially be relied upon, the deciding Board of Appeal found that neither Article 84 nor Rules 42 or 48 EPC nor any other EPC provision “can lead to the requirement that embodiments disclosed in the description of an application which are of a more general nature than the subject-matter of a given independent claim must constitute potential subject-matter of a claim dependent on that independent claim” (T 1989/18, reasons, point 13).

Thus, decision T 1989/18 appears to disagree with the requirements set out in the EPO Guidelines with respect to adapting the description to amended claims.

Explicitly contradicting decision T 1989/18, and supporting the EPO Guidelines, another, even more recent decision (case number T 1024/18) now emphasized that it would be “long established case law of the Boards of Appeal” that “the entirety of the description” would be required to be consistent with any claims found to be allowable. With explicit reference to decision T 1989/18, the deciding Board in particular held that “the criterion that the claims be ‘supported by the description’ is not in any way subordinate to the requirement of ‘clarity’ of the claims”. Rather, “the requirement in Article 84 EPC of the claims to be supported by the description” would include that “the description is consistent with the claims not only in some part but throughout”. Consequently, the deciding Board concluded that “[e]mbodiments of the invention which are not consistent with the claims must therefore be deleted or must be clearly identifiable to the reader” (T 1024/18, reasons, point 3.1).

In any case, when taking into consideration the enforcement of an EP patent before a German court it is in the interest of patent applicants to ensure that patent descriptions do comprise all text as filed. When considering the German venue it is therefore recommended to add indications that certain parts of the original disclosure are no longer covered by the granted claims only (corresponding to the second alternative according to the current EPO Guidelines). This against the background that according to the German Patent Act, description and drawings form basis for claim construction and thus for determining the scope of granted patent claims. In other words, the description and drawings must be used for claim construction. The file history to the contrary is not available for claim construction.

German infringement courts have the view – using the language, but not the spirit, of the overruled EPO Guidelines – that all embodiments originally disclosed are always to be considered to be useful for highlighting specific aspects of the amended claims.

Accordingly, for a proper claim construction, the courts need to be able to identify based on the patent specification what has been disclosed when filing the corresponding application. The indication that certain parts of the original disclosure are no longer covered by the claims is in addition necessary to get an understanding e.g. of the views of the EPO and the applicant concerning the relevance of the prior art. The recommendation though is that along the lines of the actual EPO Guidelines the applicants shall only make use of the alternative to decide not deleting inconsistent embodiments from the description and shall mark those as not falling within the subject-matter for which protection is sought. 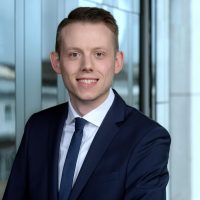