“US and Asian companies put more emphasis on quality than Germans”

How do companies capitalize on their patents? And what advantages do US companies have over German outfits? Bastian July (41) worked in Osram’s licensing and IP litigation department for five years before founding GoodIP in 2017. His aim is to make patents more transparent and improve reviews through collective intelligence. The patent specialist explains in an interview with JUVE Patent what SMEs can do to improve the way they exploit their industrial property rights and why Germans have a problem with quality. 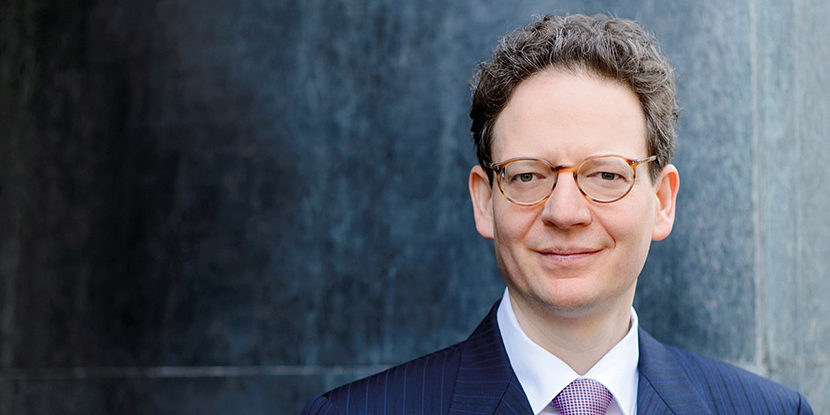 JUVE Patent: Are German companies good at capitalizing on patents?
Bastian July: I would say they’re average. When your typical German patent department analyses the market, it mainly looks to its direct competitors. But nowadays this isn’t enough. Digitalization and connected products mean that more and more new players are breaking into traditional markets – players who often hold patents for digital systems and connected products. At the same time, German patent and legal departments are supposed to commercialize portfolios in such a way that they generate as few costs as possible.

Is there a problem with that approach?
Germans should see how companies in the US and Asia do it – they put more emphasis on quality.

So you are saying Germans of all people have a problem with quality?
German companies have high-quality portfolios. But you have to know how to make the most of them. Compared with US companies, German companies don’t exploit their valuable industrial property rights enough and they hardly ever license them out. Furthermore, they need to make greater advances in digital fields with targeted patent acquisitions.

What does this mean for German SMEs?
SMEs are faced with particular challenges. Up to now, they typically had four or five competitors and they built up their own portfolios where their technology was practically unrivalled – and they always knew exactly what sort of technology their competitors had. But that’s all changing now with digitalisation. SMEs don’t have the resources to keep up with major corporates.

So you founded GoodIP in 2017 with capital from Osram with the aim of helping companies capitalize on patents more effectively?
We want to discover valuable patents. Our platform brings together patent holders, technical experts and patent enthusiasts from around the globe.

How exactly does that work?
The owner lists a patent on the website. Patent and technical experts from around the world then analyse it, giving the owner a better idea of the potential of their invention. On the other side of the coin, companies can identify interesting technologies and either acquire them or purchase a license.

What type of patent owner does GoodIP appeal to?
Companies that want to know more about the potential of their patents but can’t or don’t want to invest the necessary time and effort.

Up to now, patent owners have made their technology public through a patent application, with most inventions ending up lying dormant in files. Why should they now use GoodIP?
Zeitgeist. The digital world thrives on exchange. Our customers are prepared to let the outside world evaluate the potential of their patents. Alone, they only have the opinion of their own experts to go on. If a patent gets a good review, patent owners have a clear opportunity to commercialize and market it. Additionally, they might discover good patents from other companies and inventors.

How do the experts benefit from reviewing GoodIP patents?
We have two groups of people in mind. Many engineers simply enjoy talking to others about interesting technologies and how to use them. They learn a great deal through this kind of exchange. We want to appeal to this group via social media. The second group is the patent experts who can actually write an analysis of a patent’s potential. We motivate them through financial incentives. If they frequently post good reviews they can make a name for themselves as experts.

And patent enthusiasts?
They have the opportunity to see technologies that they would otherwise never see – an insider’s tip perhaps, or new ideas for how a patent could be used. Someone might come up with an idea for an application that never even crossed the patent owner’s mind.

Could you give an example?
We work with Freie Universität Berlin, which has developed a special sensor technology that supports people with athletic injuries – it guides them through exercises without them having to be supervised by a doctor. But you could also use this technology to teach robots particular movements. This is where collective intelligence often gives rise to new approaches and leads to improvements of the original technology.

What are you planning next at GoodIP?
We are concentrating on trying to expand the community with a major social media campaign aimed at patent owners and patent enthusiasts. Hopefully, this will lead to many patents being listed on our platform – and subsequently commercialized.

Have any patents already been successfully commercialized?
We haven’t got that far yet. We’ve seen some initial success with reviews of patent potential, where people examine the patents very closely and identify opportunities. And we’re seeing a high level of interest from people around the world who want to take part.

Does GoodIP also offer other services?
On our platform companies can take part in a patent test, whereby they answer questions concerning their patent and they receive an initial classification of the property right based on the results.

Why did Osram’s venture capital division invest in GoodIP?
Osram wants to learn more about new patent strategies. We’re pleased that other companies and universities can also participate through the platform concept.

Can you give some examples?
Negotiations with several universities are at an advanced stage. Many corporates and SMEs are still considering which patents to list. For most, the decision to introduce their patents to the professional world is a difficult one. Collective intelligence is obviously already a factor here. Patent owners are thinking too much about how the community might assess their property rights. However, I regard that as the first successful step towards identifying valuable patents.