All practising senior barristers in the UK have changed their titles to KC (King's Counsel) from the previous QC (Queen's Counsel), after the death of Queen Elizabeth II at the age of 96. The event could also impact some lawyers in places such as Australia, a country which also continues to recognise the British monarch as its head of state. 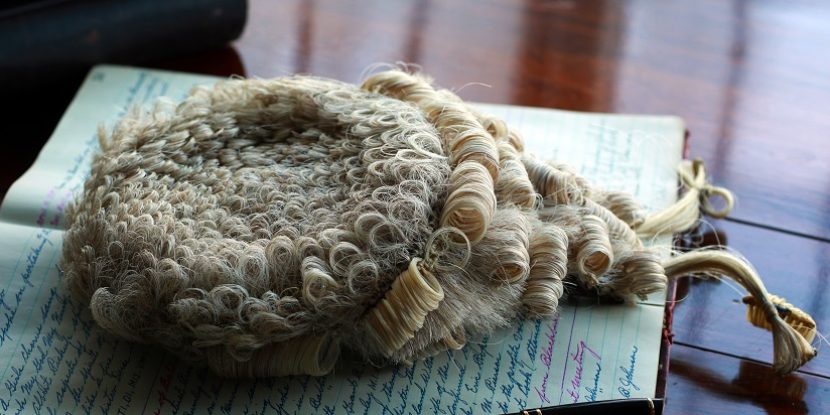 Following the death of Queen Elizabeth II and the ascension of King Charles III to the throne, all practising senior UK barristers will be designated as KC, rather than QC. The wigs, however, remain the same. ©Living Legend/ADOBE STOCK

On 8 September 2022, news outlets across the world announced the death of Queen Elizabeth II. Amid the scrambling to address royal protocols, some industries also had to address important administrative changes. For the entire UK legal industry, the news impacted an estimated 1,900 barristers, who had to switch their designation from QC (Queen’s Counsel) to KC (King’s Counsel).

Furthermore, the judiciary will now refer to the Queen’s Bench Division of the High Court as the King’s Bench. However, most solicitors and patent attorneys remain unaffected.

In the IP profession, which includes several patent-specialist barrister chambers, the change impacts around 100 barristers. However, the change does not impact junior barristers currently practising with no specific designation. Although in some respects the role of a barrister is not so different to a solicitor’s, it remains opaque to many in continental Europe.

In London, many of the UK’s best-known barrister sets working on patent and IP matters are located by the Royal Courts of Justice, near to Chancery Lane. Indeed, leading patent law sets include 8 New Square, 3 New Square and 11 South Square, which house barristers who are extremely visible in life sciences and telecommunication cases. Prominent examples of leading barristers are Daniel Alexander, Adrian Speck, Andrew Lykiardopoulos and Charlotte May of 8 New Square; 3 New Square’s Katherine Moggridge, Stuart Baran and Tom Mitcheson; and Brian Nicholson and Adam Gamsa, who reside in 11 South Square.

Several sets also have competition and commercial specialities, such as Hogarth Chambers and Brick Court Chambers.

King’s Counsel for the future

Barristers are an integral part of the UK justice system. Like a solicitor, clients expect barristers to prepare detailed written submissions for cases. In fact, having in-depth subject knowledge is part of the job. But it is the core skills of oral advocacy and cross-examination that define a barrister against a solicitor, with the skill coming through in their emphasis on oral evidence.

Since the Queen’s coronation in 1952, the Bar has designated senior barristers as QCs. However, the ascension of King Charles III means a change in title to King’s Counsel (KC). Furthermore, given that the first and second in line for the throne are both male, it is likely several generations will pass until the Bar designates future barristers as QCs.

Upon news of the Queen’s death, the UK Bar Council stated, “We have been advised by the Crown Office that the title QC changes to KC with immediate effect. The change is automatic so there are no new Letters Patent.” Most barrister chambers in the UK have now updated their websites and listings in line with the monarchical change.

In the UK, most barristers are self-employed. Depending on their area of professional practice, they belong to certain chambers, also known as barrister sets. Each member then pays a fee in order to use the space to work. However, since 1996 practising solicitors at law firms have had the option to become barristers alongside their litigation roles.

The change to KC may also impact senior barristers in countries such as Australia. Here, along with other countries such as Canada and New Zealand, barristers practice under the QC/KC designation. However, in Australia senior barristers can choose to be known as Senior Counsel (SC). On the other hand, several other countries – including but not limited to Barbados, Hong Kong, Nigeria and Ireland – have abolished the designation altogether.

Gown and a wig

Colloquially, becoming a KC is also known as ‘taking silk’. The phrase refers to the specific silk gowns worn by barristers which, alongside the horses’ hair wig, is a traditional part of their dress. Furthermore, with the profession split into two rankings, junior barristers also compromise a large aspect of the UK Bar. A chamber will refer to any non-senior barrister, or KC, as a junior.

Thus, designation is not necessarily a reflection on age, with several mature barristers still practising as juniors. The system tends to reflect merit rather than experience. For clients, this means that prices range from the low hundreds for junior juniors to the high hundreds – and sometimes thousands – for IP silks.